Jonah Lehrer returns with A Book About Love

A readable comeback from the once-shamed science journalist 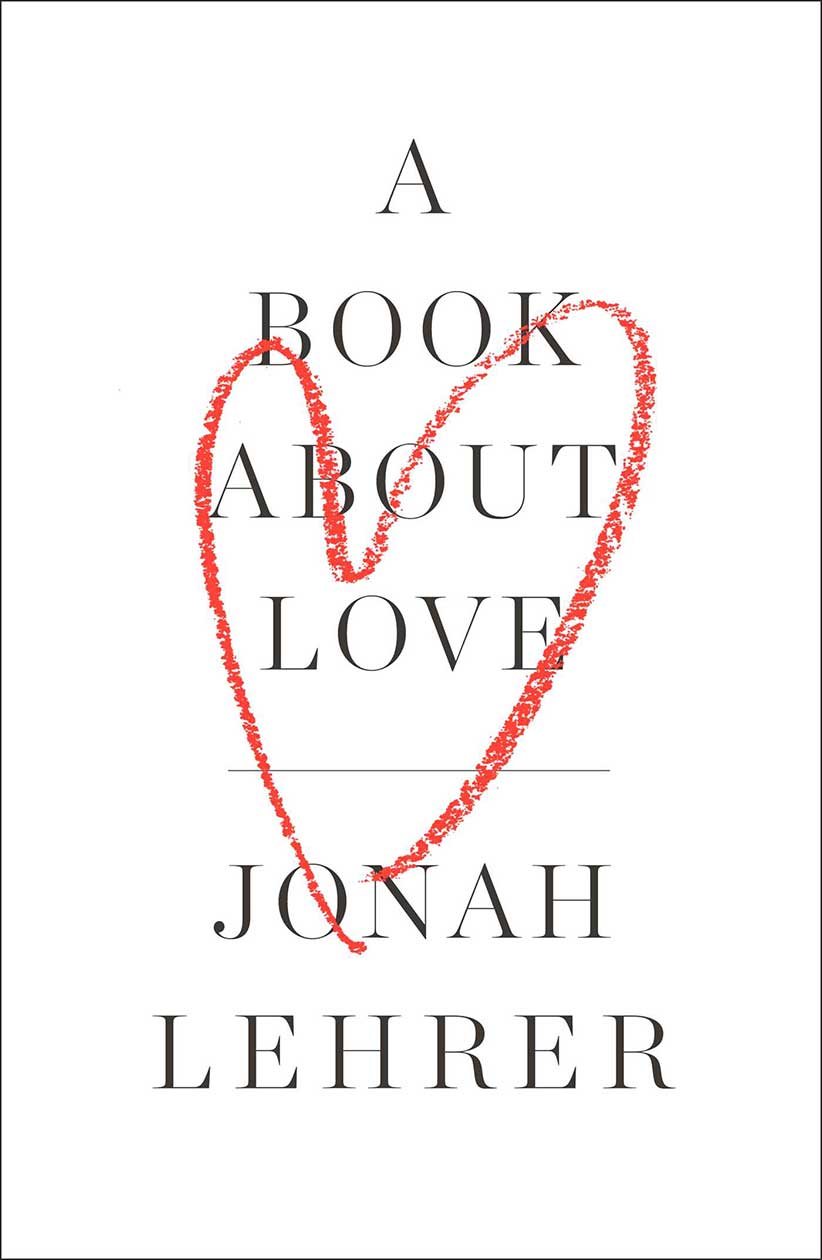 A BOOK ABOUT LOVE

There’s a substantial amount of grit involved in this book, not just in content—although Lehrer does pay sustained attention to both the author and subject of Angela Duckworth’s current bestseller, Grit—but in its very existence. In 2012 Lehrer, a young American who had rapidly built a successful popular science-writing career, was vilified from one end of the Internet to the other for a litany of journalistic sins, including plagiarism and fabricating quotes in his book Imagine. As recounted in Jon Ronson’s So You’ve Been Publicly Shamed (2015), the metaphorical tar-and-feathering was brutal, especially after the digital world decried Lehrer’s apology.

Stubbornness is clearly a Lehrer trait, not only in his carrying on and convincing a publisher (Simon & Schuster) to stick with him, but in writing the same sort of book as before (in content, that is, not in standards). The science of love dealt with in Love is not for the most part the hard science of brain scans (which don’t, in fact, tell us much about the how and whys), but the social science of long-term behavioural studies, interspersed with the lives and thoughts of the scientists involved and other thinkers.

It’s all very readable, and surely fact-checked within an inch of its life. The past lives entrance the most. There’s the charming tale of the happy marriage of Charles and Emma Darwin: having drawn up a list of marriage pros and cons, Charles opted for wedlock, possibly tipped into that decision by his last item: a wife was “better than a dog anyhow.”

More intriguing is the Lehrer-like story about pioneering U.S. psychologist William James, author of The Varieties of Religious Experience. Despite being irreligious, James took faith very seriously in his writing, at one point describing a young “French correspondent” on the verge of suicide who had saved himself by internalizing scriptural texts assuring him of God’s love for everyone. In 1904, after his French translator wrote asking for the French original of the youth’s letter, James confessed he had made it up. It was his way of smoothly integrating his own adolescent melancholy into his classic work.

Small wonder Lehrer, who flicks at his own troubles and the crucial support offered throughout by his wife, is most enamoured of the longitudinal studies that reinforce what we should already know: love is both hard work and our only “reason to go on.” The story he tells in A Book About Love is sentimental and clichéd, Lehrer allows, but it’s still true.