This Canadian explained the pandemic to her past self. Yeah, you've seen the video.

Toronto-based actor, comedian and writer Julie Nolke on the pros and cons of hitting it big during the pandemic 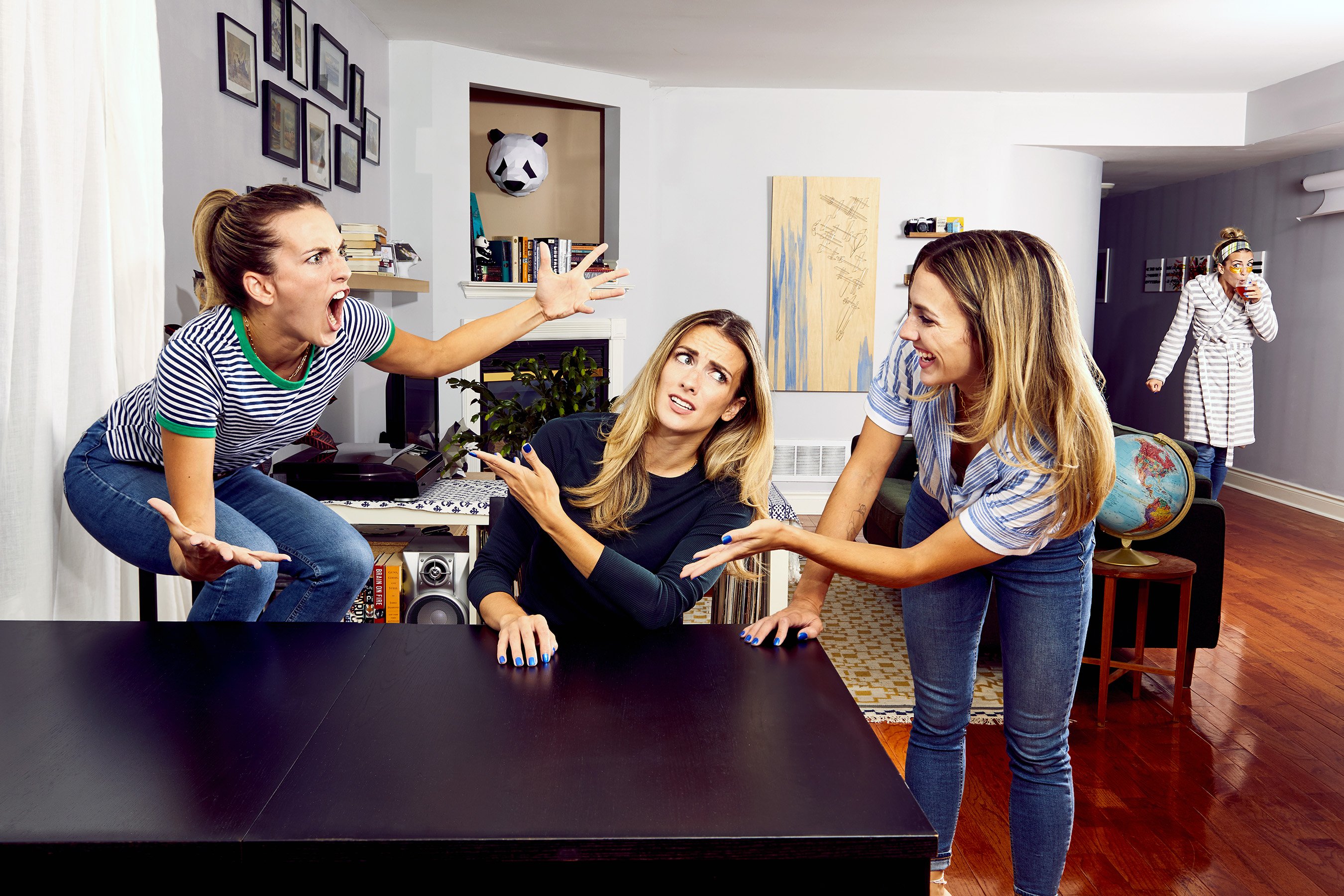 What would you say if you could have a chat with yourself from a few months ago—before a catastrophic global pandemic altered the course of your life? Toronto-based actor, comedian and writer Julie Nolke, 30, pondered the question in “Explaining the pandemic to my past self,” a video she posted on her YouTube channel in April, during the height of the COVID-19 lockdown in the country. The sketch went, for lack of a better word, viral (it’s now at 15 million views), emulating the “so unbelievably awful, it’s almost funny” mood the entire world was in at the time. Since then, the Calgary native’s undiscovered channel exploded, gaining hundreds of thousands of subscribers. Nolke talks to Maclean’s about why her viral moment resonated with so many, and what it’s like to get your big break at a moment when the world has ground to a halt. This interview has been edited and condensed for clarity.

Q: What’s the COVID-19 lockdown been like for you?

A: It’s hard because I see my peers not being able to act and work at all because they’re in theatre or reliant on that traditional industry of auditioning in person and being on set with big crews. The minute there was a lockdown, I was so thankful that I had started this YouTube world. I was still able to make videos from home. If anything, I had more interesting things to talk about.

A: I want to debunk this idea that women aren’t funny. I think you can not only be a funny woman, but you can talk about things from a woman’s perspective and have it be funny. That’s the main mantra of the channel.

Q: We have to talk about “Explaining the pandemic to my past self.” You really tapped into the global psyche at that point.

A: I appreciate you saying that because I can’t think of a time in my life when the entire world has been on the same page. I just kept thinking about how if I could go back and tell January Julie all of this crazy stuff that’s going to happen, she wouldn’t believe me. Me and my husband, we had been making jokes about how I’d tell myself to go on a Costco run. That’s where the inspiration came from. We had been making that joke for weeks and [honestly], I was kind of done with those jokes.

I wasn’t going to post [the video]. And then I sent it to one of my good friends who’s another actor-writer in the city. She thought it was funny and people would like it, so I posted it. I was really self-conscious because I had just posted such a garbage video. I thought, I’m going to go work out and not check my phone. And then, sure enough, I come back and the messages were blowing up. People always ask, “Is it your favourite video?” And it’s not.

Q: How did the response play out for you?

A: It was so surreal. I would go to sleep and I would wake up to another 100,000 views. What was really cool is that this YouTube channel that I’d made, virtually nobody watched it. I maybe got 4,000 views a video, which is still quite an accomplishment that I was very proud of. But it’s nowhere near the views that I’m seeing now. We had the one video that went viral, but then we had this library of content behind it. It wasn’t a matter of going viral and then disappearing. We went viral, then people found our channel and actually subscribed.

Q: Why do you think the video was so successful?

A: On one hand I think it was, on a global scale, everybody’s mind was in the same place. Everybody was at home, everybody was a little scared. So it was just the slightest bit of reprieve that was also incredibly relatable.

I also would argue—and of course this is entirely my own speculation—when this lockdown happened, a lot of the other comedy channels that do well on YouTube weren’t able to shoot in their normal way. So if you look at the late-night talk shows like the Jimmy Fallons and Jimmy Kimmels and the SNLs, they weren’t shooting stuff anymore, or the stuff they were shooting was YouTube style. They were out of their element.

Q: I was thinking about how the mainstream entertainment industry couldn’t pivot fast enough when you jumped in.

A: It was funny to watch the SNL cast try to film videos in their homes. I’m like, man, yeah. Now, you know our struggle; it’s not easy. It’s taken years of making it efficient. I’m an actor, but I’m also a writer, an editor, and I also know how the YouTube algorithm works.

Q: Did that video change the trajectory of the next few months for you?

A: I would say yeah. I’m part of this saturated market of actors in Toronto and we’re a very tight-knit community. It’s interesting because the minute I went viral, I became part of a different tier of actors in Toronto. I immediately had validation, which I thought was really fascinating and a little bit disappointing because my acting and writing skills have not changed whatsoever.

Having YouTube numbers, networks really like that. The coolest change is that the parts that I audition for are bigger and I was able to write in a writing room during this time, which I don’t think I would have been considered to do before.

Q: I loved the line in the “Explaining the pandemic” video, “the walks are going to be clutch.” Did you get recognized on your pandemic walks after this?

A: You know what, I wish. I think it’s because I mostly wear a mask. Well, that’s the ego on me.

Q: I guess that’s the funny drawback of finding fame during a pandemic.

A: This pandemic has been very bittersweet. Obviously there’s a bitter aspect of great suffering and I don’t want to ignore any of that. But it’s also been really wonderful for me [personally]. It feels like I’m getting my big break when the world is shut down. I spoke on a Banff World Media Festival panel, which is such a big industry event. I begged last year to get a ticket, but I couldn’t afford one. This year I spoke on a panel and they’re not even holding the traditional event.

Q: There is a part two of “Explaining the pandemic” where we see “past” and “future” Julie meet again in June. That video has its funny moments, but it’s also heavier because it covers the racial protests happening at the time. What prompted that?

A: I’m not the authority to speak on racial issues for many reasons. Also, the issues that we were talking about, the epicentre was in a different country. So I had an internal struggle around whether or not I should talk about it. Then I kind of sat back and I was like, well, I have people that watch me and people that listen. I think it’s important that I bring up the issue and the gravity of it.

Q: It definitely had a more sombre tone, but it still had that humour, with the mention of the murder hornets, among other things.

Q: And the proceeds of that video went toward charity.

A: Yes. Any of the AdSense it accumulated as well as the fees when I licensed the video out.

Q: Is it difficult finding ways to approach comedy during these crazy times?

A: I think that people naturally lean on comedy when times are tough. I think what has been challenging is talking about subjects in a way that still offers reverence for what’s going on.

Q: That’s a different approach from a lot of traditional—usually male—comedians who say comedy’s supposed to be offensive and any dampening of that is censorship.

A: I think even in online comedy a lot of people go for low-hanging fruit. I don’t think comedy has to ride the line of being offensive in order to be funny. You can do the same joke and use different language and you’ll get the same or better response but you’ll offend fewer people.

Q: And surely the question on many of your fans’ minds is: Will there be a part three of “Explaining the pandemic to myself”?

A: Oh, man, I don’t know. When the second one came out, I was like, there can’t be a part three because it’s just going to be a dud. How does that saying go? Do you fizzle out or do you . . .

A: It’s better to go out with a bang than fade away. A couple weeks went by after part two and I thought maybe we can make a part three and have it all be good news. But it doesn’t really look like things are headed in that direction. I think the ridiculousness of this year has not seen the end. So I can see a part three happening.

This article appears in print in the October 2020 issue of Maclean’s magazine with the headline, “Talking to herself.” Subscribe to the monthly print magazine here.