The comedy roast is all well and good, but the troubled pop star needs to take a page from the Miley Cyrus playbook 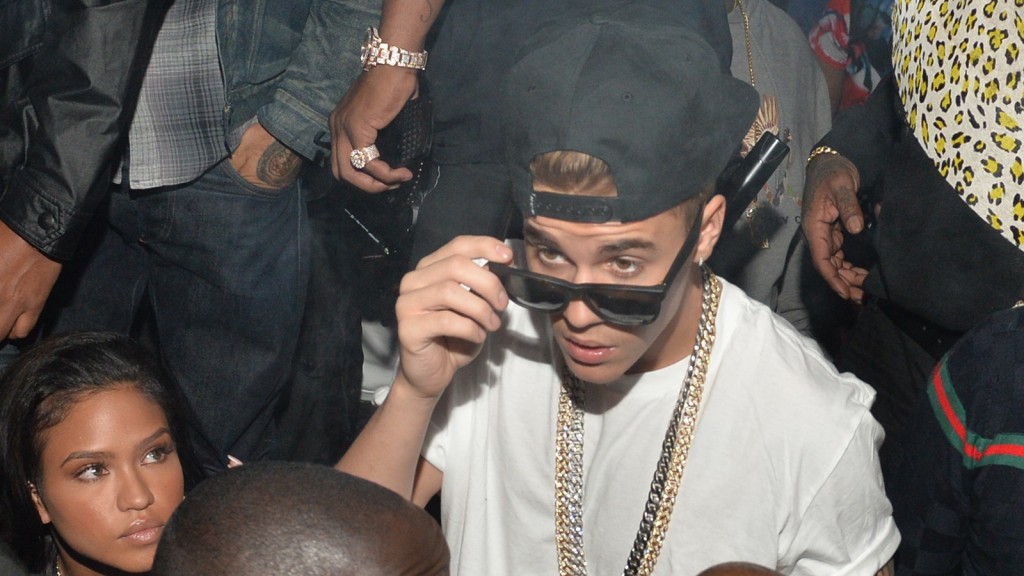 Justin Bieber promised a new album and tour in 2015, and he’s already delivered on half: the Justin Bieber Apology Tour is in full swing.

For the past three months, a floppy-haired Biebs has been showing us his Taylor Swift side. He bought dinner for New York City cops, played doubles with Eugenie Bouchard, and danced in a Carly Rae Jepsen video alongside Tom Hanks.

“The difference a year makes :)” Bieber tweeted in late January, acknowledging the anniversary of his infamous arrest in Miami Beach for driving under the influence.

It’s all set to culminate on March 30, in a Comedy Central roast Bieber is relentlessly promoting in tweets, teasers and TV appearances. The troubled pop star’s team is betting that this, the tour’s gutsiest stop, will push him back into public favour. That by joining in on the joke, he’ll neutralize the damage done by a hot-boxed private jet, an abandoned monkey, two dozen eggs, a Brazilian brothel, and multiple allegations of vandalism and assault.

“Once you’ve done a roast, you’re untouchable. A lot of that baggage can dissipate,” Comedy Central executive Kent Alterman told the Hollywood Reporter.

But as details emerge about the pre-taped show’s guest stars and sharp jabs, there’s only one thing you really need to know: None of it matters. If Comedy Central roasts gave their participants a clean slate and a new career, we’d take Charlie Sheen seriously and Donald Trump would have a shot at the White House.

For Bieber to avoid becoming a permanent punchline, there’s exactly one thing he needs to do, and it won’t be easy. He needs to put out a great album. An album that makes critics sit up and take notice. An album that sells out stadiums. In short, he needs to pull a Miley Cyrus. After a scandalous performance with Robin Thicke and a foam finger at the 2013 VMAs, Cyrus forced the conversation forward when she dropped Bangerz two months later. It received near-universal praise from critics, went platinum, and earned Cyrus her first Grammy nomination. Suddenly she was  viewed as a legitimate singer, and her world tour went on to be one of the highest-grossing concert tours of 2014.

This doesn’t mean Bieber should be locked up in the studio. Far from it. He’s right to focus on owning up to his bad behaviour first. Through a dimly lit smartphone confessional, a nervous admission on Ellen, and a direct-to-camera apology that reportedly comes at the end of the roast, he’s acknowledging that he has let people down, but learned from it. This is critical to softening the public and winning a second chance. (See: Grant, Hugh.) Saying sorry is something Chris Brown never seemed to have much time for, and six years after his violent attack on Rihanna, he’s an artist who unites Canada in triumph when he’s turned away from our border.

Bieber’s next album is expected sometime this year, and reports suggest he’s collaborating with everyone from Kanye West to Ariana Grande to Prince Jackson. It isn’t the first time he’s faced enormous pressure to deliver. With his last studio album, 2012’s Believe, the big question was whether this Justin could match the bar set by Justin Timberlake on his transitional record, Justified. Though Believe was largely well received and charted hits like Boyfriend and Beauty and the Beat, Bieber ultimately didn’t manage to turn heads the way the former N’Sync star had. Timberlake won two Grammys for Justified; Bieber wasn’t even nominated for Believe.

This no doubt stung the young artist who has repeatedly said he wants to be the next Michael Jackson, a once-in-a-generation entertainer. The Biebs may have a reputation for cockiness, but the evidence suggests he doesn’t take well to failing. When Believe was shut out of the 2013 Grammys, a shirtless Bieber spent the night in, trying and failing to upstage the awards by hosting a live-stream. When he was booed at the Billboard Music Awards later that year, he stared the audience down from behind his aviators, defiantly telling them, “I’m an artist and I should be taken seriously.”

Should he? Bieber certainly thinks so. On his last world tour, he descended onto the stage on giant metallic wings formed from musical instruments he plays. But for two whirlwind years, Bieber worked very hard to make sure we didn’t take him seriously at all. Few music critics gave his 2013 track collection, Journals, any ink (although those who did saw something they liked. “Sounds like he’s trying hard to nail a singing-verging-on-rapping flow, and getting there,” wrote the editor of music magazine The Fader).

No one can say for sure where Bieber’s career goes from here. But if all it had been missing was some self-deprecating humour, the singer would have been back on track in September 2013, after his interview on Between Two Ferns with Zach Galifianakis. In that segment, viewed more than 12 million times, Bieber gamely took punches from Galifianakis like “You’ve had three hairstyles. What’s next for your career?” It was funny, and humanizing, and a few weeks later all we were talking about was his chipper-looking mug shot.

Bieber’s next chapter doesn’t start with a roast. It starts with his lead single. That’s how he’ll show us—and himself—where he can go.

Maclean’s arts writers Adrian Lee, Julia De Laurentiis Johnson and Emma Teitel discussed the Roast of Justin Bieber on our pop-culture podcast The Thrill. Subscribe for free now on iTunes or on Stitcher: