Kelly Oxford on suffering from anxiety and her Trump-inspired #NOTokay 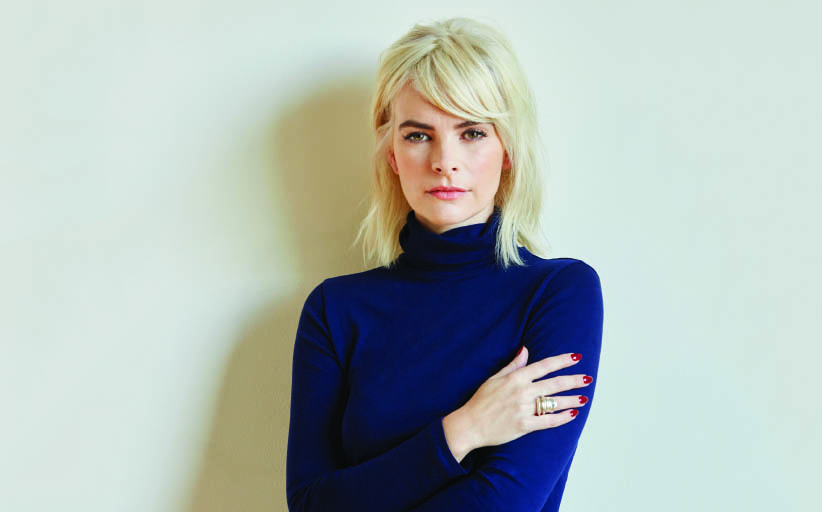 Albertan Kelly Oxford rose to recognition through social media, and it’s that part-hilarious, part-tell-it-like-it-is social critique she mastered online that shines through in her second book of essays, When You Find Out the World Is Against You: And Other Funny Memories About Awful Moments. Laugh-out-loud stories about attending summer camp as a kid and losing most of her hair due to a bad body wave incident are set alongside heart-rending essays, like one about recently losing the man who was a second father to her to a freak accident. The final essay—about #NOTokay, the hashtag Oxford, based in Los Angeles for the past five years, started last fall in response to the Donald Trump/Billy Bush “grab-them-by-the-p—y” video, and through which she says a few million women tweeted about their first sexual assaults—is both enraging and uplifting. This interview has been edited and condensed for length.

Q: You come across as an intuitive person. How do you choose the moments that you want to write about, considering that some of the stories are funny and others are more poignant?
A: I’m not a big note-taker, so I think that the way I decide is that whatever I remember I always consider something that’s important. If I remember a joke then I know it’s a good joke, if I remember a story then I know it’s a good story, and so that’s how I curate what stories I’m going to write for the book. And I go over them again, make sure there’s a theme and all that stuff, but mostly, it is intuition.
Q: In one of the essays you talk about finding out you had an anxiety disorder when you were a young adult, and that during your first panic attack, you “didn’t feel like you were in your body anymore.” I’m wondering: does humour help you live better with anxiety?
A: Oh, my God, yes. It totally does and I don’t know where humour comes from or the need to make jokes about things. I think a lot of people say it does come from pain and it is a coping mechanism, and it definitely is a coping mechanism.
Q: Does it make you anxious being so visible online, being out there so much?
A: No. I think it’s actually helped me deal with my anxiety and my social anxiety, you know, of putting myself out there and realizing that nothing terrible happens. Really, 95 per cent of the time only good things happen and it’s an amazing lesson for somebody who’s scared to put themselves out there to learn. So I think that part of the reason that I am so gregarious online and outspoken online is because I feel safe doing it, basically.
Q: You moved with your family to the U.S. from Canada several years ago and in one of the essays you talk about the differences between Canada and the United States. Do you feel like a kind of cultural observer as a Canadian in the U.S. pointing out things that Americans might not see themselves?
A: Yeah, but I’m not surprised. Most of my friends here are really self-aware and really get what they do here but they also travel to Canada and other countries, so I’m not really taking anybody here by surprise, other than myself. The biggest thing that I’m still in shock by is just how the aging process happens here. You know all of these people in their 90s are all still in their homes and looking after their homes, and are really, really active, they really have to look after themselves. There aren’t senior communities in L.A. There aren’t apartment buildings for seniors. I feel like in Canada we really look after our senior community and they have tons of options as they age, but here, that doesn’t seem to exist. So when I’m in line at [the pharmacy] CVS and some old lady just pushes me out of the way to get to the front—and I mean old like 96 and shrunken, tiny with curlers in her hair—and I just think, “Oh, my God, you really have to live here. No health care’s going to look after you.”
Q: So you think that makes people have to be super-independent, knowing that they don’t have that fallback?
A: Yes. It’s very independent here and it’s very “get out of my way, me first, I’m doing something here, what are you looking at,” and I think it comes by very honestly. Canadians always make jokes about the arrogant American, but the longer I’m here, the more I realize, “Oh, it isn’t that they’re arrogant, it’s just the way that their country is set up you really have to protect yourself and you really have to look after yourself, and with that comes the mentality of ‘I’m doing my thing here, if you don’t like it, get over it.’”

You know, people here will stop their car, I mean, this happens to me all the time. I’ll be driving down a side street. The person ahead of me will just stop and get out of their car and just go and look for something in their trunk. In Canada, if somebody did that, they’d say, “Oh, my God, I’m so sorry, just hold on, there’s an emergency, oh, my God, please just go around me,” but here, they don’t even make eye contact with you. They just get out, slowly walk to their trunk, open their trunk, get something out of it, go back and I’m just sitting there going, “What the hell is going on here? What are they doing? They’re not even apologizing for me putting me out, this is crazy,” so that’s the biggest difference between Canada and here. In Canada, we really care about each other and what another person’s experiencing on a completely different level that doesn’t exist here at all.
Q: You get really deep in several of the essays like the one where you talk about the man who was a second father to you passing away. You get to the sadness and complexity of the situation. How difficult is it for you to hit those really emotional notes?
A: Not. I am a very emotional person. I basically think and feel in emotion, so writing is much easier for me than communicating by voice or by talking to somebody just because I can really get into the emotion more succinctly with writing. So I guess that’s what makes me a better writer than speaker. I’m not going to be doing any TED talks anytime soon.
Q: I want to ask you about the essay about #NOTokay. Why do you think it’s so important for women to share our experiences with sexual assault and the misogynistic culture that we live in?
A: Well, I feel like a lot of people—and based off of what happened online with #NOTokay—don’t realize how prevalent it is, male and female. A lot of women, I would say almost every woman that responded, it was over a few million, they’d all been assaulted and they were surprised. A large percentage were surprised that this many people had also been assaulted and it weirdly became a comfort to them knowing they weren’t alone. And I think a lot of men were just shocked and horrified that this happened to almost every single woman.
Q: I’ve often wondered how you’re adjusting to these major changes in your life like moving to the U.S. and basically becoming a celebrity yourself. Does it feel real to you yet?
A: It’s just my life and I’m in L.A. so there are way bigger celebrities than me. I don’t even consider myself a celebrity; I don’t consider myself famous here. I’m living in the right place. Writing books isn’t that glamorous in Los Angeles.
Q: So you fit into the culture there.
A: I do. You know, there are so many writers here and we’re all the least likely to be appreciated, which is exactly where I want to be. As long as people are enjoying my work, I don’t care if people are appreciating me in person.
Q: What can we look forward to from you in the future? What are you working on these days?
A: Hopefully, after this book comes out, I’ll start working on my third book. I guess the only thing I can really talk about is I sold a show to [the video-streaming service] Hulu with Seth Rogan and James Franco as producers, and I’m a producer. It’s set in the ’90s and it’s girls in high school. That’s in development. Last year I worked on the movie The Disaster Artist and that just screened at South by Southwest to really great reviews and that will be coming out this year too. I’m very excited about that movie—I love it so much.

FILED UNDER: #NOTokay Donald Trump Editor's Picks Kelly Oxford When You Find Out the World Is Against You: And Other Funny Memories About Awful Moments