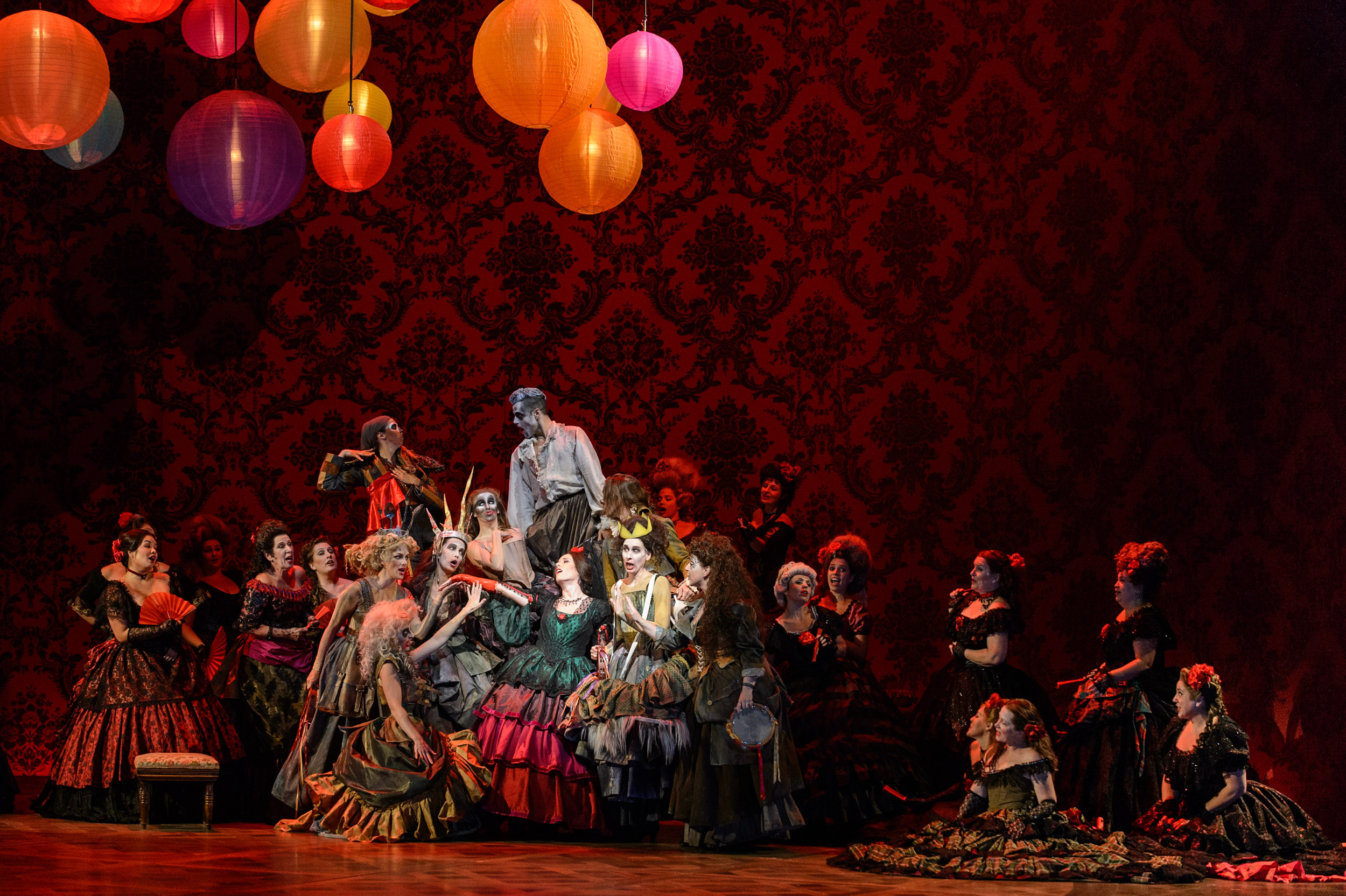 The Canadian Opera Company returns to live performances for the back half of the 2021-22 season with fan favourites that include Madama Butterfly (Feb. 4-25), The Magic Flute (May 6-21) and Giuseppe Verdi’s La Traviata (April 23-May 20). The latter is a passion-soaked tragedy set in 1850s Paris in which courtesan Violetta falls in love with country gentleman Alfredo, only to have her dreams dashed by misjudgments and misogyny. Alicia Cox Thomson spoke with Arin Arbus of New York’s Theatre For a New Audience, who directed the COC’s 2015 production, pictured above, and is back again this season.

In Act 2, Scene 2, Flora, Violetta’s fellow courtesan and supposed oldest friend, is hosting a costume party at her lavish salon, which is financed by her lover. Flora is surrounded by a troupe of hired entertainers in fancy dress. “They’re reading Flora’s palm and telling her that her lover is going to be unfaithful, and that is a kind of joke to everybody,” says Arbus. “It’s satirizing love and fidelity in a world that can be quite brutal.” The song is Noi Siamo Zingarelle (We’re Pretty Gypsies).

“Visually, there are no other scenes that look like this—red on top of red, with the red wallpaper . . . The lights add redness to the red costumes, which is in part trying to create a kind of sumptuous sense of danger,” says Arbus. The scene offers a tonal and visual shift following a dramatic climax in Scene 1, where Alfredo’s father convinces Violetta to end things with his son so as not to bring dishonour to the family. Here, “the music is very playful, kind of frivolous and fanciful, but with something sinister underneath it,” says Arbus. 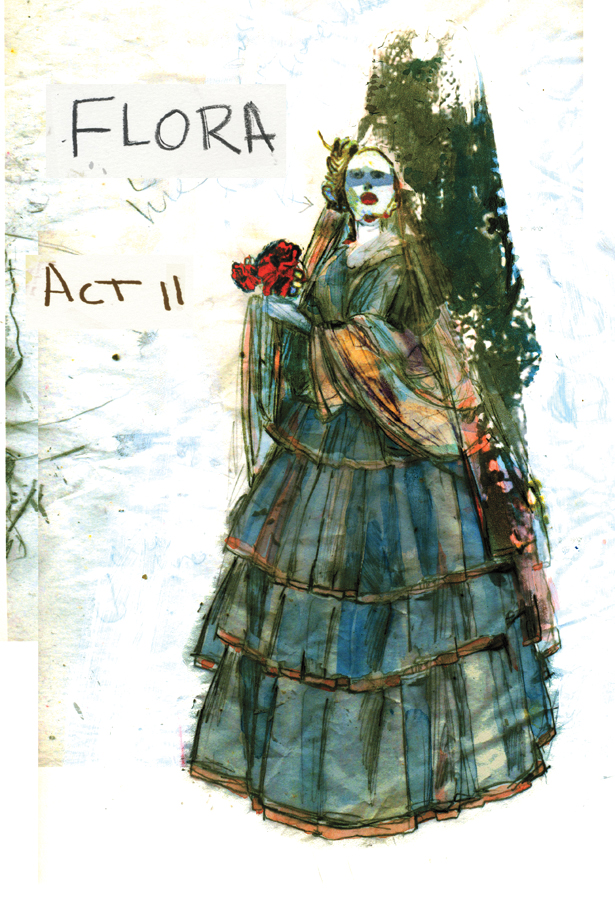 The entertainers’ ragged costumes and exaggerated, macabre makeup evoke the dangerous undercurrent of this seemingly glamorous world. As for the courtesans’ dresses, “They’re huge, first of all, and heavy and hot, but gorgeous,” says Arbus, crediting designer Cait O’Connor. “We had to teach everyone how to move in them. There are 70 people on stage, and at times they’re moving quickly.” The women’s chorus members each had two wigs, some of which were too tall to fit through doorways, says COC wigs and makeup supervisor Sharon Ryman, who credits magnets for helping with quick backstage wig and costume changes.

So why do we return to La Traviata time and again? The power of great art is its ability to evoke emotion across centuries; Verdi homed in on themes that are universal to this day. “La Traviata scandalized society when it was originally performed,” says Arbus. “It is a deeply drawn psychological portrait of a woman struggling to survive in a moneyed, stratified patriarchy. And that, unfortunately, remains an important story.”

This article appears in print in the January 2022 issue of Maclean’s magazine with the headline, “Love, sex and surtitles: Opera returns.” Subscribe to the monthly print magazine here.