From 2010: An academic suggests Canada’s most beloved literary heroine had fetal alcohol syndrome 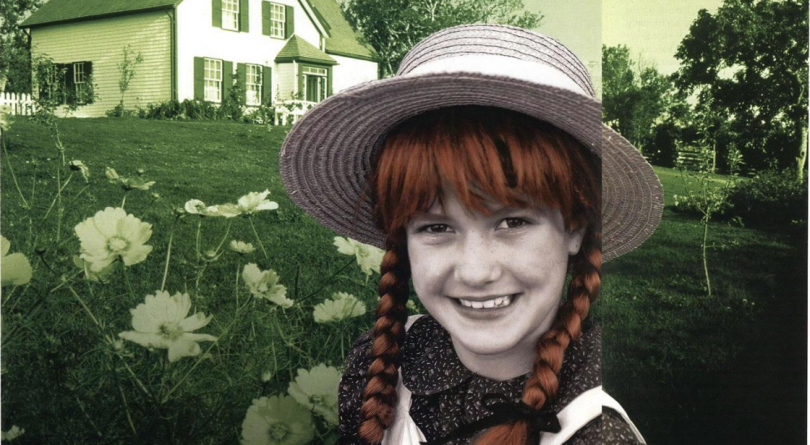 As if the red-haired orphan hadn’t already endured enough, Anne Shirley of Anne of Green Gables has been criticized for being an inconsistent feminist role model and for harbouring lesbian urges, a claim made in 2000 by Laura Robinson, a professor of the Royal Military College.

But these allegations pale next to Helen Hoy’s new claim in Anne’s World: A New Century, a collection of scholarly essays about Lucy Maud Montgomery’s most famous creation and the global cult she spawned. In “ ‘Too Heedless and Impulsive’: Re-reading Anne of Green Gables through a Clinical Approach,” Hoy concludes that the very traits that have endeared Anne to generations—her flights of fancy, her loquacity, her theatricality, her impulsiveness—suggest she suffered from fetal alcohol spectrum disorder, or FASD. It’s an analysis destined to incite Anne fans and stir discussion when “Anne geeks” descend on Charlottetown later this month for the biannual L.M. Montgomery conference.

Hoy, a professor of English at the University of Guelph, realizes she’s in dangerous waters by recasting Canada’s most beloved literary heroine through what she calls a “disability framework.” Her theory that a character in a 1908 novel suffered from a condition diagnosed in 1973 will be seen by many as “involving deliberate, even mischievous perversity,” she writes. But using new diagnostic tools to reinterpret Montgomery’s text needn’t detract from Anne’s character, she tells Maclean’s. “I am simply suggesting a possible reading, not insisting on a single reading.” Still, she knows her thesis, which is nuanced and elegantly argued, will be met with resistance and resentment—and spawn sensationalized media headlines.

It isn’t her intent to “pathologize” Anne, Hoy says. She loved Anne of Green Gables as a child, taught it when she started out in academia 25 years ago, and read it to her children. She returned to the novel in 2002 after her partner, Thomas King, the creator of CBC Radio’s Dead Dog Café Comedy Hour, asked for her assistance when he decided one of the characters on the show would write “Dan of Green Gables,” a spoof featuring an orphaned native boy who goes to live with an elderly brother and sister.

At the time, Hoy was doing a lot of reading about FASD, a condition her adopted daughter has. “Anne’s challenging behaviours kept ringing bells for me,” she says, referring to the character’s chatterbox ways, her imprudent fearlessness, her slate-crashing and foot-stamping, her difficulty connecting cause and effect, and propensity to leap off on tangents—and from roofs.

The co-facilitator of a FASD caregiver support group, Hoy is upfront about her agenda: she wants to use Anne as a bridge to create greater tolerance toward a condition that afflicts at least one per cent of Canadians. Seeing the character “as developmentally challenged, with her impairments the source of some of her charm,” Hoy writes, blurs the line between what we see as normal and abnormal, or as she puts it: “destabilizes the bifurcation of normal and abnormal.” She also wants to redress FASD’s “association with marginalized communities, specifically impoverished and First Nations populations.”

Relocating FASD to fictional WASP Avonlea in the late 19th century certainly accomplishes that. Hoy plumbs the text for FASD indicators, beginning with Anne’s “excess of focus.” Anne didn’t have the facial dysmorphia associated with the condition, Hoy notes, but she is described as a “scrawny” baby and having a “small face,” hallmarks of the condition. Her facility with language could also be a sign, she argues, as some FASD sufferers are “verbal savants”: “They’re verbally expressive but not verbally receptive; they parrot very well without always understanding what they are saying.” As for Anne’s stellar academic performance, Hoy attributes it to the emphasis on rote learning at the time. The majority of people affected by FASD have average or in some cases above-average IQs but have specific deficits, including difficulty abstracting and problems with memory.

FASD children also possess many of Anne’s strengths, Hoy notes, such as a trusting friendliness and flair for storytelling.

As a medical diagnosis, it’s not exactly airtight. Hoy admits there’s zero indication that Anne’s birth mother, a schoolteacher, was a tippler. Here Hoy grasps at straws to support her thesis, suggesting that Anne’s mother might have inadvertently consumed a “women’s tonic” containing alcohol. Even then, there’s no suggestion that Montgomery, who refers to alcoholism often in her work, made any such link with Anne, the notable exception being the famous scene in which Anne unwittingly served Diana currant wine instead of raspberry cordial.

There’s also the fact FASD affects a part of the brain that can’t be changed. But Anne changes markedly throughout the novel and achieves her goals. And though FASD sufferers often require lifelong support, Anne herself becomes a caregiver when she sacrifices going to university to stay with Marilla (a decision criticized by some feminist scholars).

Undeterred, Hoy contends that Anne benefited mightily living where and when she did—long before FASD was diagnosed. “It’s a world that can accommodate Anne’s kind of brain and turn her into a positive figure who is appreciated for her differences rather than seen as deficient,” she says. Montgomery unwittingly “articulates strategies” for creating an environment supportive of neurologically challenged individuals, Hoy writes, by placing Anne in a stable, nurturing home with a lack of sensory overstimulation and proximity to nature.

That she might be romanticizing FASD by associating it with such a successful, popular character wasn’t a concern, Hoy says, though she expects caregivers of FASD children to respond that Anne was much less difficult to handle.

That it is. Still, it makes the nine-year-old in me for whom Anne of Green Gables was a defining book want to shout out: “Leave Anne alone!” It’s discombobulating to see a cherished novel reread as a mental-health primer. What’s next? News Emma Bovary suffered from “female sexual arousal disorder”? The very idea that imaginative Anne is “brain damaged” unhinges a central childhood tenet, like finding out Santa Claus doesn’t exist, but a thousand times worse.

Even today, the thrall of reading the novel for the first time remains vivid: being swept into Anne’s fanciful world, commiserating with her many woes, cheering her triumphs, and coming to care as deeply for her as any real person, the first fictional character to elicit that response. I loved “Anne with an e”—and not in a Sapphic way. When she shed tears when Matthew died, so did I.

Only later would I fully appreciate the novel’s archetypal themes and the multi-layered richness of Montgomery’s prose, which makes it ripe for the academic cogitation found in Anne’s World.

Gammel, author of Looking for Anne: How Lucy Maud Montgomery Dreamed Up a Literary Classic, believes recontextualizing the novel is critical to keep it relevant to a modern audience. That’s an audience who looks to books as self-therapy tools, as is evident in Gammel’s essay in Anne’s World “Reading to Heal: Anne of Green Gables as Bibliotherapy,” which examines how rereading the novel has become a coping mechanism, even an antidote to depression.

Just how Anne has been exploited to advance a range of social and cultural agendas is a theme that underlies many of the 15 essays in Anne’s World—most explicitly in “An Enchanted Girl: International Portraits of Anne’s Cultural Transfer,” a fascinating study of how the novel is reinterpreted globally: in the West, Anne is celebrated for her individualism and mischievousness; in Iran, she’s valued for forging familial and community bonds; in China, she’s revered for respecting her elders and ultimately making traditional choices. Within such a tradition, Hoy’s provocative reading fits right in. No doubt we’ll see more like it arising from the upcoming conference devoted to “L.M. Montgomery and the Matter of Nature.” Anne as eco-villain? Don’t laugh too soon.