Life would be perfect if I lived there

From 2010: Novelist and journalist Meghan Daum recounts her restless, obsessive quest for happiness through real estate 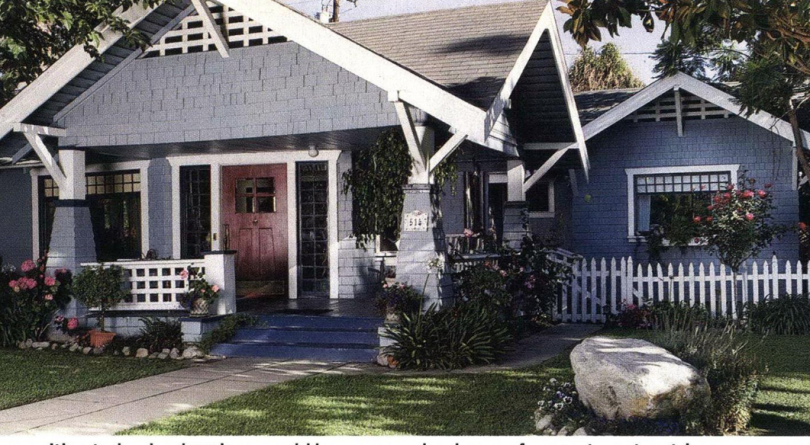 In 2004, before the U.S. real estate market turned Chernobyl, Meghan Daum bought her first house—a 900-sq.-foot bungalow in a Los Angeles neighbourhood even real estate agents couldn’t pretend was “up and coming.” The property cost more than she had budgeted, came with an uninsurable garage reminiscent of the ruins of Pompeii, and had an electrical system visitors could smell. But, as she writes in her funny, thoughtful new memoir, Life Would Be Perfect if I Lived in this House, there was good news: “it didn’t make me gag.” Even better, the fixer-upper was under $500,000 and had sat idle 30 days. Like most 21st-century homebuyers, Daum wasn’t buying a dream house; she was buying the dream of owning anything at all. The then-single woman describes the loss of her real estate virginity at age 34: “Like a girl who cares more about being married than who she’s married to, I swallowed my pride and signed the first set of papers.”

The analogy is perfect. Daum’s consummation with a 30-year mortgage on page 219 is as avidly anticipated as a Jane Austen wedding. Indeed, if the novelist was writing today, her heroines would be like Daum: independent women who dream of property, not matrimony; who troll Craigslist for hot real estate prospects, not men; and who think in terms of square footage, not karat size.

By page 219, the reader is well acquainted with how real estate governed Daum’s major life decisions. She chose Vassar less for its academic stature than its proximity to the Manhattan rental market, where she endured rotating roommates to live in an unaffordable apartment she loved. Seeking personal reinvention, she moved to Nebraska, where housing was cheaper and the landscape appealed to her in an “almost chemical way.” Even after her work as a journalist and screenwriter took her to L.A. (and a quixotic tour of its rental market), Daum nearly purchased a Nebraska farmhouse she couldn’t afford, nursing the delusion she’d turn it into an artist colony and become “semi-coastal.” Part of her motivation was altruistic, Daum says on the phone from L.A.; she wanted to save it from potential ruin: “Nothing makes me angrier than walking into an old house that has track lighting or ugly vinyl flooring. I think those people should be imprisoned.”

Such strict aesthetic standards extended to men, she says: “I would never have dated people with wall-to-wall carpet.

Well, I would date them but would never get seriously involved with them.” Not that there were many men around—another decision dictated by real estate. The hormonal rush of moving and thinking about potential living spaces precluded the desire for sex, she writes: “I was drowning in the eros of real estate.” She starts “saving” herself for home ownership, believing that without a house, she wouldn’t bring her “authentic self” to a relationship: “I believed having a house rather than a condo would announce to the world that I was not your average scented-candle-burning, oversized-furniture-owning, husband-seeking single woman, but rather someone with a small TV and a big dog who was in absolutely no need of rescue.”

Daum makes no attempt to deconstruct the cultural fetish with real estate, and the book is better for it. Her acutely self-aware and often self-deprecating example tells the tale. Still, the real-estate-cum-addiction memoir is laced with clever aperçus. Her insight into decor media, for one, is bang-on: “HGTV’s genius lay in its ability to entertain viewers while subconsciously making them feel superior to the hapless homeowners on the shows, while the perverted success of high-end shelter magazines . . . was that they entertained you while also making you hate not only your house but also yourself.” After buying, she became acquainted with the “visible” and “invisible” house: the former is fun and involves paint chips; the latter is not fun and requires unreliable handymen. And her subsequent relationship with the man who’s now her husband inspires insights into real estate’s role as a marital catalyst: she coins “nohabitation” to describe the dislocating nomadic travel between houses that couples engage in before deciding it’s easier and cheaper to just move in together.

Not that marriage has tamped Daum’s real estate compulsion. Her now-fixed-up L.A. starter home is on the market, she reports, and she and her husband are shopping for a new house—and with it a life that’s just a little more perfect.