Like many literary heroes, the March sisters have found a 21st-century audience online 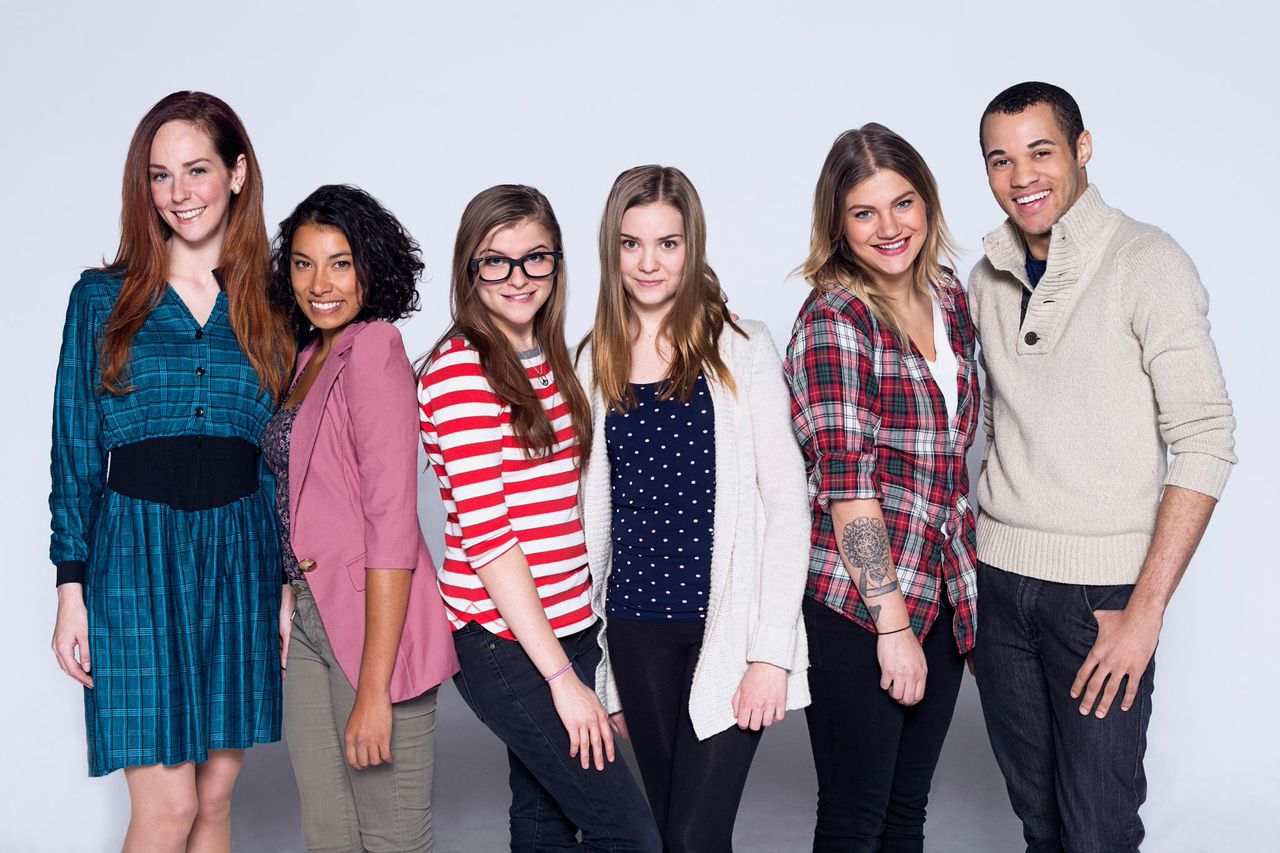 The opening lines of The March Family Letters hit a familiar note: “Dear Marmee, Merry Christmas! We’re all doing perfectly well. Hannah is checking on us every other day. We even managed to decorate. Although it would have been nice to afford a big tree and extravagant decorations, a Christmas feast and fancy dresses . . . we have each other. Isn’t that what Christmas is all about? Love, your little women.”

It sounds like a scene from Louisa May Alcott’s classic novel. But in this adaptation of Little Women, Meg, Jo, Beth and Amy aren’t writing to their father, an army chaplain in Civil War-era America; they’re hamming it up for the camera in their modern-day Toronto apartment, utterly conscious of their YouTube audience as they film a video letter to their mother, who is serving overseas with the Canadian Forces.

The March Family Letters is the first Canadian web series to be hosted on the YouTube channel Pemberley Digital, the studio behind the most popular literary adaption on YouTube, the much-praised The Lizzie Bennet Diaries, a modern retelling of Jane Austen’s Pride and Prejudice. As with the The Lizzie Bennet Diaries, the action unfolds in a series of video blogs, or “vlogs.” Like most real-life vloggers, the fictional March sisters keep their videos to a few minutes, address the camera directly in a breezy, casual style and upload new episodes on a regular schedule, in this case, twice per week. The story progresses in real time, just as a vlog documenting someone’s real life would.

Fictional YouTube series are not new. The most famous early example is 2006’s lonelygirl15, which started life ostensibly as a video blog and was eventually exposed as a fictional series. But the literary-adaptation craze exploded in 2012 with Lizzie Bennet. LBD, as diehard fans call it, was a sensation that earned more than 50 million unique views, won a Primetime Emmy and inspired countless imitators. Sarah Shelson, The March Family Letters’ showrunner and a recent graduate of Ryerson University’s media program, was a huge fan of LBD and wanted to do something similar. “I’ve loved Little Women since I was little,” Shelson says. “I thought a lot of the themes would be very interesting to adapt to a modern age.” She and her co-creator, Lauren Evans, met Bernie Su, creator of LBD and founder of Pemberley Digital, at the Toronto WebFest last year. They struck a deal to use the Pemberley YouTube channel and share the ad revenue from March Family Letters videos.

Literary series aren’t generally big money-makers, although LBD, which ended in 2013, turned a profit for Pemberley; fans continue to spend money on merchandise, including DVDs. Subsequent series incorporated product placement, and one was funded by PBS. The March Family Letters got off the ground thanks to a small grant—less than $75,000—from the non-profit Independent Production Fund.

It was enough. Both production values and barriers to entry are low on the web, compared to film or TV. Virtually anybody with an Internet connection, a camera and a person willing to sit in front of it can become a big player. That has led to a flowering of distinctly Canadian literary content. In The Autobiography of Jane Eyre, an adaptation of Charlotte Brontë’s classic, a shy twentysomething vlogs about her adventures as a live-in nanny; the streets of Vancouver stand in for the misty English moor. A group of high school and university students are behind the slick and witty Green Gables Fables, wherein Anne Shirley is reborn as a 17-year-old chatterbox and foster kid starting a new life in Avonlea, Sask. Carmilla transforms the 1871 Gothic novel of the same name into a lesbian-vampire-goes-to-college romp.

The set-ups vary—Lizzie Bennet makes videos for her master’s thesis in communications; the March sisters write video letters; Pemberley’s Emma adaptation is a fictional documentary—but the conceit is the same. It throws out the age-old film and theatre concept of an invisible “fourth wall.” The viewers, meaning all the people of the Internet, are addressed directly. They’re part of the story.

It’s hard to make that work without stretching the audience’s suspension of disbelief, as Bernie Su discovered. For instance, Pride and Prejudice is based on a sequence of secrets and misunderstandings, which seem unrealistic when everyone puts their whole lives on the Internet. An upcoming Canadian web series from the makers of Jane Eyre is going to attempt to solve that problem. In All Fair Play, a mash-up of Shakespeare’s iconic works, TV-style episodes will be interspersed with short vlogs where characters address the audience. It’s being filmed in Vancouver now. 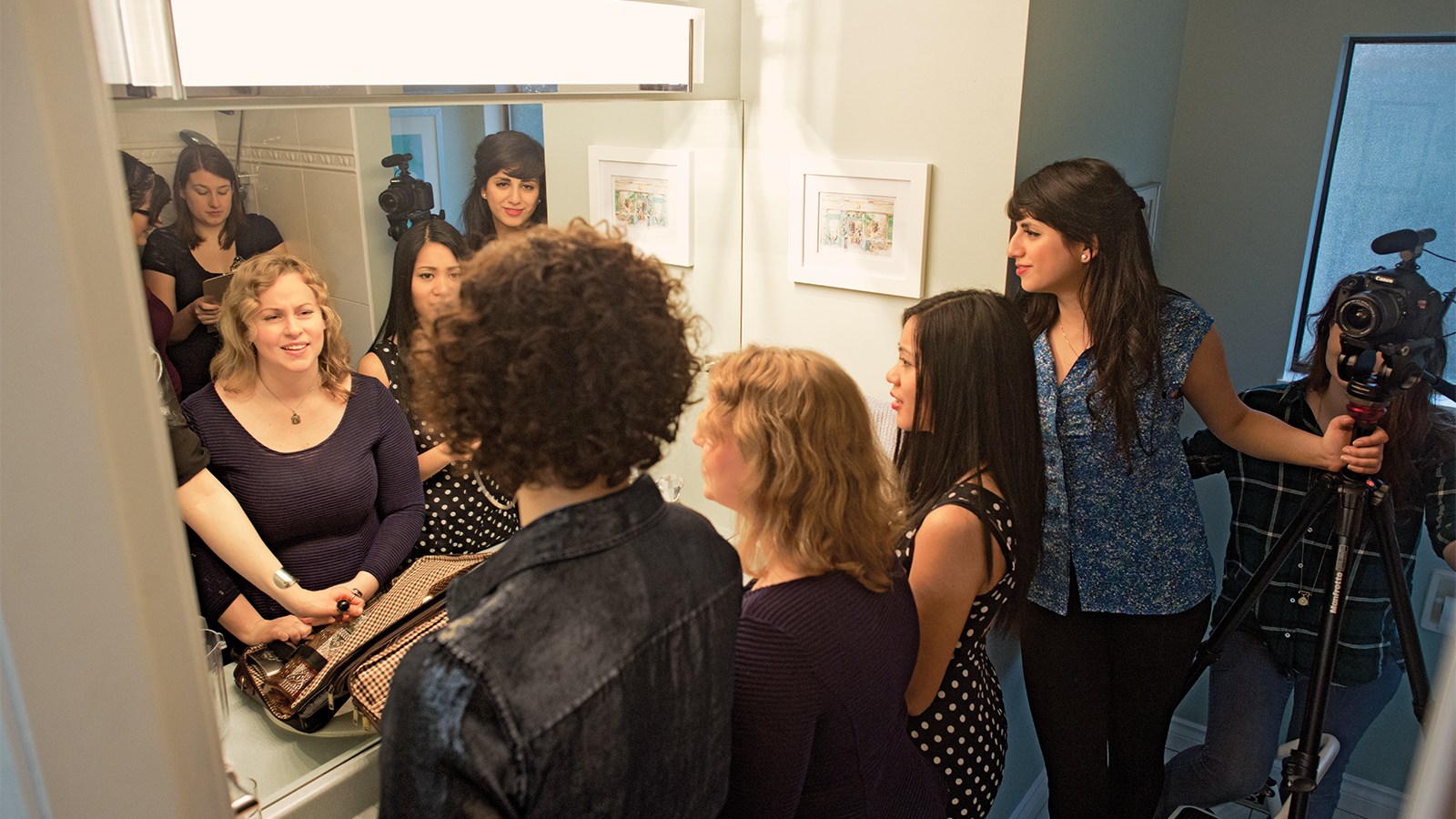 The cast of a new online Shakespeare adaptation, “All Fair Play,” shoots a scene in Vancouver

Plausibility was a constant concern around the writers’ table during a recent March Family Letters meeting at Ryerson’s Transmedia Zone, which is providing mentorship, work space and interns for the project. Why would Meg film herself in an embarrassing situation? the writers asked themselves. Why would she then upload it? Could Jo, an amateur thespian in the novel but an aspiring filmmaker in the series, really edit the footage that well?

The first half of the first season has now aired (a second season is up in the air), and the writers were finalizing the last few episodes and the story’s most delicate and defining moment, which fans of the book know is a tearjerker. Executive producer Lauren Evans worried aloud about how “anxiety-ridden” viewers will react when the story takes a dark turn.

The March sisters, like the Bennet sisters before them, each have Facebook, Twitter and Tumblr accounts; creators refer to these collectively as transmedia. Sometimes key parts of the plot unfold online in between episodes. You can talk to the characters on social media and get an answer back—an experience so immersive, it inspires intense devotion and blurs the line between fiction and real life. “Fans become very attached to and related to the characters they identify with,” says Alex Kerr, who plays Jo. “They almost feel like they can talk to you.”

Nowhere is this more obvious than in the fandom’s relationship to Little Women’s most virtuous character, Beth, who, in her modern incarnation, is a guitar-playing homebody with social anxiety. In one wrenching scene, Beth goes to pieces when she’s faced with the prospect of making small talk with their new neighbour, Mr. Lawrence. She hyperventilates, paces the apartment and desperately tries to talk herself down from the panic attack; she’s so distraught that she accidentally leaves the camera on, capturing the whole thing. She decides to post the video to encourage others to share their struggles with mental illness. Beth’s story has struck a chord with real-life fans, who have uploaded covers of her songs, ask her for life advice on Tumblr, and commiserate with her about her anxiety. The viewers, who are mostly 13- to 18-year-old girls, look at Beth and say, “This is exactly how I feel every day, all day,” Evans says.

Elsa Villeneuve, a 17-year-old from Quebec City, felt a special kinship with Beth. “She’s a little bit like me. I’m a little bit shy and nervous,” she says. She was already an Austen fan when she discovered Lizzie Bennet, and has since watched too many literary adaptations to count, and read all the books, too. “I used to read Harry Potter, Twilight, The Hunger Games. I think it’s very important to read the book before [watching the series], so you can appreciate all the little details and how they’re going to adapt them in a modern way.” At first, Villeneuve felt that being directly addressed by the characters was a little weird, but now she says, “It’s a good way to feel like you are in the story.” Pemberley’s Emma Approved series inspired her to make YouTube fan videos; she even uploaded one of herself alternately squealing with delight and dissolving into tears while watching the climactic episode. She’s hoping Pemberley will adapt her favourite Austen novel, Northanger Abbey, next.

There’s a bookish nation of young people out there who want and need these kinds of stories, Su says.“They’re well-read. They’re not the ‘in’ girls in school. They’re the wallflowers, the artsy girls, the nerds. This is content they don’t get to see anywhere else. The Lizzie Bennet Diaries would never be on ABC Family.”

Creators like Su and Shelson are reworking the classics so they resonate with a young, web-savvy audience but stay true to the spirit of the story. In Little Women, Meg March is sensible and straitlaced, in training to be the perfect wife. In the videos, she’s a high-strung engineering major. Instead of getting strapped at school after a failed attempt to win popularity, Amy is teased for her “wannabe hipster” persona, complete with oversized glasses. John Brook, the humble tutor Meg falls for, is Joan Brook, introducing a queer subplot.

On the web, there are no worries about about playing to a mass audience or pleasing higher-ups. “We don’t have gatekeepers saying, ‘No, you can’t do this,’ ” Shelson says. “When Meg falls in love with John in the books, that was the opposite of what she expected. She wanted to marry rich. In the modern age, you don’t need to rely on marrying someone to better your social position. So what else would be unexpected? Joan is a woman. That’s never been a possibility Meg has explored. It throws off her life plan.” 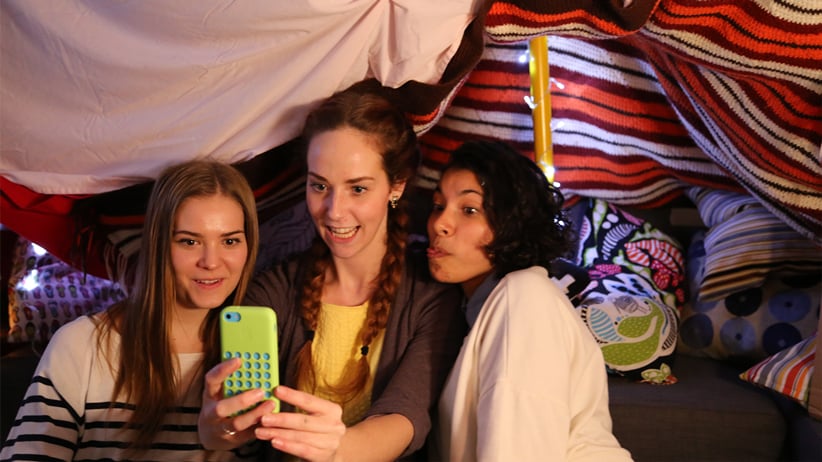 In character: Beth March, Meg March and her love interest Joan Brook (right) get creative during the episode “How to handle a blackout”

For many teens, this type of new-media storytelling is a way to discover that the classics have something to say to them in 2015. Shortly after The March Family Letters premiered, Villeneuve tore through Little Women in three days. “It’s irrefutable as a positive,” Su says. “We’re inspiring reading of the classics in the modern age. I can say that we inspired thousands of people to read Pride and Prejudice, many for the first time.”