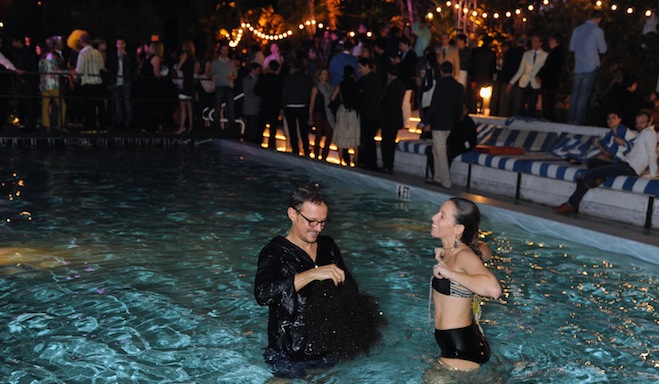 The annual Bacchanalia that is Miami Art Basel is barely underway, and already reports from sunny South Beach describe a debaucherous scene where bedroom art weirdos pop bottles with rap stars, wealthy collectors and dealers anoint new darlings, and lecherous hanger-ons with big tans and bigger hair pose for pictures and drink on other people’s dime. Miami isn’t exactly a sleepy beach town by any means, but the pre-parties for the pre-parties for the pre-parties have been going on since Tuesday, and there’s still two days left, and so, so, much art to see.

That’s right: art, the very reason Miami becomes the centre of the universe this time of year. The week’s nucleus is the Miami convention centre, where Art Basel proper takes place. But with the onslaught of satellite fairs that have crept up around the city in recent years, for many (re: people who aren’t rich), Basel is an afterthought. Canadians who’ve made the trip south and are looking out for who’s repping them have especially little reason to visit the New York and London-dominated convention centre, whose lone Canadian exhibitor is Toronto’s Jessica Bradley. We suggest checking out the smaller fairs, where CanCon is a plenty. If you can pry yourself out of that luxe feather-topped mattress, please see below.

The NADA fair at the Deauville Beach Resort has been described as a must-see for collectors in search of “emerging or overlooked” talent. Jon Rafman is neither. On the strength of his universally obsessed-over collection of surreal Google street view images, the Montreal-based new-media whiz kid has become one of the more visible faces of Canada’s new school of contemporary image-makers. Though his major residency remains at U.K. top dog Saatchi Gallery, he’s in Miami with London’s far less glossy Seventeen Gallery, who’ll show his New Age Demanded project; a series of deformed 3D models of greek busts where, as Rafman puts it “Art history meets possible futures in a topological space where reality is molded, stretched, bent, but never broken.” 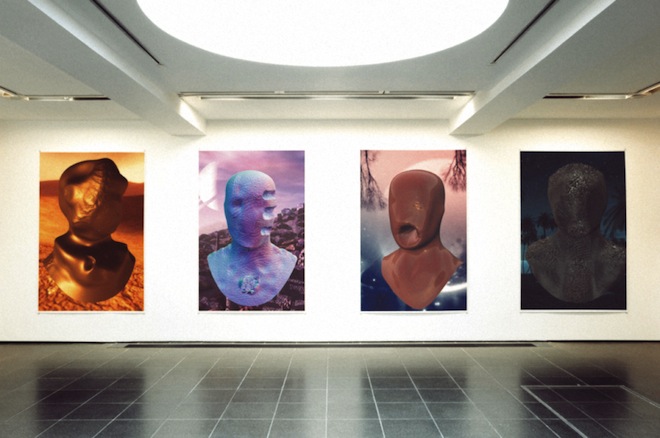 Though Art Basel is often viewed as the lantern-jawed football player in a high school full of hipsters, showing there can help pay a gallerist’s rent for a decade or 10. At least that’s what Toronto’s Jessica Bradley–who called her gallery’s successful attempt at gaining acceptance to Basel a “rigorous process”–is hoping for. With her, she brings artists Zin Taylor , Derek Sullivan, and Julia Dault, the Toronto ex-pat now based in Brooklyn, whose winding Formica sculptures and richly textured paintings have landed in New York’s harbinger of cool The New Museum, and Toronto’s less-cool but equally impressive Art Gallery of Ontario. Art Basel feels like a proper milieu between the two, so expect Dault and co. to fit right in. 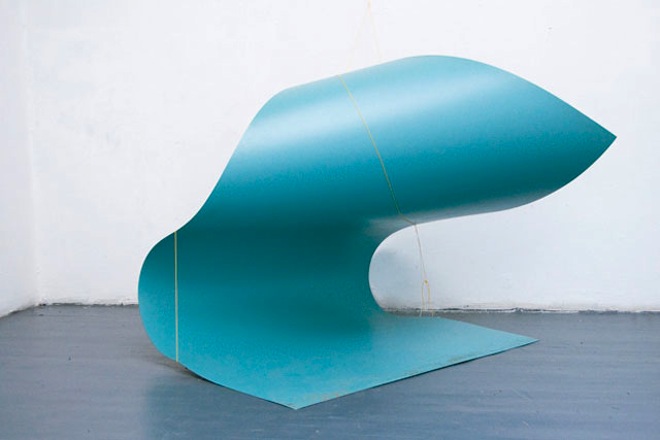 Instead of showcasing their impressive portfolio of diverse artists, Toronto art world mainstays Narwhal Art Projects has decided to put all its eggs in one patchwork basket by the name of Jacob Whibley. This is their third time bringing the Toronto native’s dizzying mixed-media work to Miami, but their first at Pulse, which has earned the reputation of being less subversive, and more buyer-friendly than the other fairs. And if Whibley’s dramatic, labour-intensive pieces–one required over 4,500 strips of paper to assemble–sell well, then it’s Cubano sandwiches at Enriqueta’s, on him. 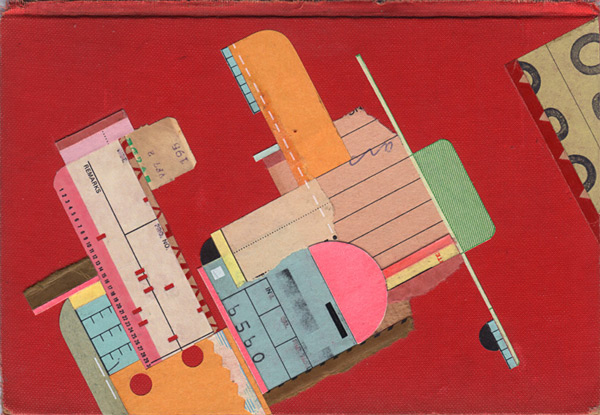 Cooper Cole gallery has enjoyed a meteoric rise to the top of Toronto’s West-end gallery scene, thanks in large part to star pupil Sara Cwynar, who along with a mini army of CC’s best and brightest, will be featured at Miami Project, the freshman of this year’s slew of satellite fairs. Born in Vancouver but based in Brooklyn, Cwyer, a graphic designer and illustrator who moonlights as both at New York Times magazine, has the impressive resume, the of-the-moment aesthetic, and just-the-right dose of attention from just-the-right tastemakers to make us all think one thing: girl’s about to blow. 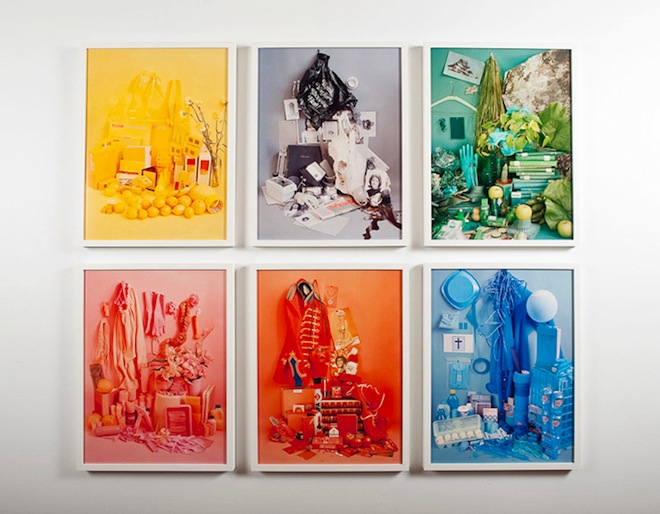 Montreal’s current it-gallery Parisian Laundry will help christen new-kid-on-the-beach Untitled, whose prime location steps away from the Miami convention center should encourage Basel castaways to visit booth C26, where Valerie Blass’s devilishly oneiric sculptures will be paired with B.C. painter Rick Leong’s lyrical landscapes. Blass and Leong are both in the habit of putting iconic imagery in a blender and seeing what comes out, which should make for an engaging dialogue between two Canadian artists who seem primed to take centre stage. 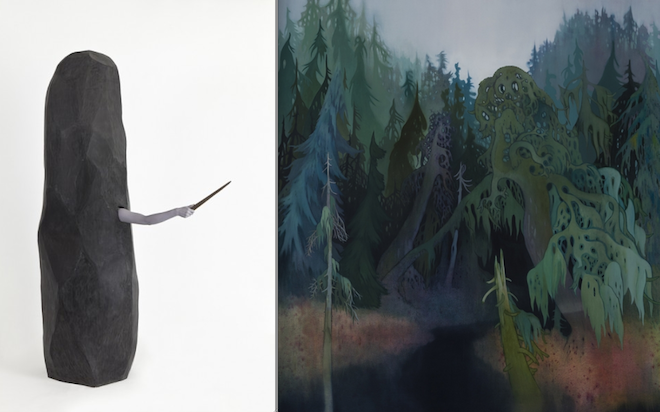