Why tall people are smarter, healthier, richer and more attractive—and why we always vote for them

Arianne Cohen wrote the definitive guide to the tall experience 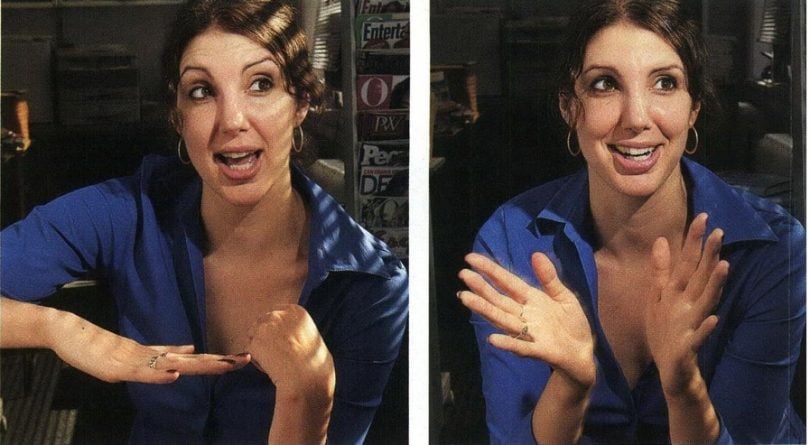 When Brooklyn journalist Arianne Cohen was a five-foot-three eight-year-old, her classmates nicknamed her Amazon Ari. Her pediatrician told her she was going to be “taller than the president,” who at the time was not every little girl’s role model: a six-foot-one Ronald Reagan. Now 28, Cohen stands proudly at six foot three. Her 2009 book The Tall Book: A Celebration of Life from on High is the definitive guide to the tall experience: the unexpected trials and benefits that come with height, and why tall people have higher salaries, IQs and life expectancies than the rest of us.

Q: How do you define tall? I’m five seven. I thought I was tall.

A: Height is relative. Generally, you’re considered tall if you’re in the top 20 per cent, but functionally, if you’re towering over the people around you, you are tall.

Q: You say this is the book you always wanted to read growing up. What do you mean?

A: Height has really defined every aspect of my life, from which sports I participated in to who I dated to what I wore—because I couldn’t wear most clothes—to even what profession I ended up in. There’s been tons of research done on height and tall people but it was all tucked away in different corners of the world. I really wanted to create a bible for tall people—one book of foundational knowledge to really paint a picture of tall culture, because there really is a culture but it has never been written about.

Q: Like the fact that it’s annoying when tall people are asked if they play basketball.

Q: Judging by your book, tall people seem to be sort of all-around better. For one thing, they’re healthier.

Q: Is it true that in the United States, people are getting shorter?

A: Yes, and wider. It’s really stunning. In the last 20 years, the average American woman’s height has dropped from five foot four to five foot three and change, and it’s really a statement about our diet, our health care system and people not getting the care they need. In Sweden and the Netherlands, which both have top-notch prenatal care, they have the tallest people in the world.

Q: You point out that tall people control most of the world’s finances. Thirty per cent of American CEOs are over six foot three. Are tall people generally richer?

A: Tall people make $789 more per inch per year than average-height people and this has been proven repeatedly. It’s kind of funny for me to say I’m going to make $500,000 more in my career than you are, but when you look at it in a mass population, in the U.S., that’s $170 billion in income moving from the shortest quartile to the tallest quartile every year. That’s no joke.

Q: No, it seems pretty unfair. Why is it happening?

A: A lot of it is behavioural. Tall people often take on the role of leader at a very young age because their peers relate to them as an older child. So it’s the role they play. Even as a 22-year-old intern in a company, very often the tall guy or girl decides where everybody is going for lunch and is just sort of the ad hoc leader. That’s really important when it comes time for promotions because the boss is going to give the leadership role to the guy who’s already in it. That’s just how it goes.

Physically, tall people are also related to in the workplace as a boss. When friends talk to each other, they tend to lean in about 18 inches apart, co-workers talk about three feet apart, and when you talk to the boss, you give the boss a good four feet. You do not infringe on the boss’s personal space. But tall people are always given four feet, like the boss. So there’s this whole little dance of body language going on from the beginning.

Q: So they’re not necessarily smarter.

A: Tall people are indeed statistically smarter. But before short people everywhere come out and attack me, the reason tall people are a bit smarter is because the same childhood environments that produce tall, healthy bodies also tend to produce sharper brains. It has to do with nutrition, education, health care, and just well-being broadly speaking.

Q: So, basically, tall people are advantaged in every way and we should all resent them.

A: It’s interesting. Because tall people very consistently make more money, two Harvard economists recently wrote a paper laying out a strategy and process for a tall tax. As a tall person, I find this offensive for many reasons, but primarily because the tall life is actually fairly expensive. Yes, tall people make more money but they also spend more on everything from airplane seats that fit to using 30 per cent more of all products: lotions, extra-long towels, food. I eat significantly more than my petite friends do. But American politicians tend to be quite tall—over half of our senators are over six foot—so they won’t be voting through a tall tax any time soon.

Q: American presidents are even taller. You wrote that over the last century, the average president has measured in at six foot one. But not all powerful world leaders have been tall. Lenin and Hilter were short. France’s [former] President Nicolas Sarkozy, who is five foot five, was caught standing on a footstool to appear taller behind a podium. Does it really make a difference?

A: Yes. Even more important than actually being tall is that the general population perceives you as being tall, which is why Sarkozy was on the platform. Politicians are masters at manipulating the image of their height. Campaign managers make sure their candidate is never photographed in the shadow of somebody else. You’ll see foreign dignitaries who go out of their way to be nowhere near Michelle Obama when there are cameras around. It’s just not a powerful image to be photographed under the first lady’s armpit.

Q: Do you consider Michelle Obama a great ambassador for tall women?

A: I am particularly thrilled with her willingness to wear three-inch heels and tower over the most powerful man on earth. That makes me extremely happy and I think it’s a powerful image to send out because before her, there really weren’t any tall female role models. When I was growing up there was a book called Sarah, Plain and Tall—except she’s plain and tall, and not tall and awesome. Let me tell you how non-inspirational it is to be a 13-year-old girl who’s projected to be six three andturn on the TV to find a male comedian playing Janet Reno, our former attorney general, who is six foot two.

Q: It would seem that tall men have it made.

A: That’s a huge misperception. I think many tall men are extremely self-conscious because to be tall is to be public and to walk around with a spotlight on you at all times and that’s a great boon if you’re a natural performer and the sort of guy who really enjoys attention, but a majority of personalities don’t enjoy it. Also, tall men have a harder time fitting. It is frankly alienating to not fit into basic furniture and clothing.

Q: But the dating world is much more treacherous for tall women, isn’t it?

A: Yes, our culture tends to confuse femininity with size and that is very, very tricky for tall women to navigate. If you grow up surrounded by the image that being feminine means being petite in relation to a man, it’s a little rough if you’re taller than 96 per cent of men, as I am.

Q: In your book, you say that junior high school dances were the worst.

A: Dances are created to highlight every single aspect of tall difference all at once. Boys won’t ask tall girls to dance.

Q: But the inverse is also true. Isn’t it just as tough for short boys growing up?

A: It’s true. There’s a kinship there between tall women and short men. They both understand what it’s like.

Q: You personally don’t “date down,” as you call it. Why not?

A: It sounds horrible to say, but it’s very true. Frequently when I walk into a room, particularly at a social event, I don’t even see men who are shorter than me. One of the things I’ve really worked on since writing this book is looking down from time to time because I realize that tall women have low birth rates. They have 0.7 children on average in their lifetime where average-height women have 1.4 children. The reason is very tall women want to date within their own tribe. They want to date up. For me, that really limits my dating pool. We’re talking 3.9 per cent of the male population. And when you add in all of my other ridiculous qualifications for any man I date, we’re talking about a minuscule percentage of the population and if I stick to that, I’m going to end up single.

Q: Is it true that you hate it when tall men date short women?

A: It drives me nuts. Honestly. It really does. It’s a personal hitch of mine. But it’s representative of the fact that tall men are the most successful dating population on earth. Most heterosexual people date somebody who’s about an eight per cent height difference from them, which is about five inches. Tall men are really the only ones who don’t do this. Tall men date whoever the hell they want. They date, on average, someone who is eight inches apart from them. So when you look at the statistics, what you end up with again is tall women who don’t have partners.

Q: But are there not plenty of men who have a particular attraction to tall women?

A: My inbox is right now full of emails from men who fetishize tall women. Tall fetishes are about power dynamics—a man who wants to be enveloped by a woman if not dominated. Since the Second World War, there’ve been connotations in popular culture between tall women and dominatrixes and sexual aggression. Attack of the 50 Foot Woman. It’s something tall women navigate silently. I really would have appreciated knowing this before the time that I went on a date and he requested that I stand on a stepstool and that we make out. I didn’t get it.

Q: What’s the most extreme tall experience you’ve ever had?

A: When I was working in Cambodia as a journalist, I was the tallest person that anyone there had ever seen. I was taller than any man. I was taller than what they remembered of American GIs from the Vietnam War. I needed to get an emergency appendectomy in Thailand. They removed my appendix and took a MRI and came in and told me that my pancreas had a tumour on it. They showed me a picture of my pancreas and showed me where it was supposed to end and it extended five inches past that. It turned out that radiologists have a list on the wall of the range of organ sizes and that mine was more than double the typical Thai person and it was all just a funny misunderstanding. I spent a week in a Thai hospital thinking I was going to die of pancreatic cancer. Then the doctor tells me, “No dear, you are just tall.”