The marvel behind Marvel Studios: How a group of B-list comic stars took over the world

Though no one can completely explain the success of Marvel Studios, industry experts know there's one man who gets the largest share of credit for it 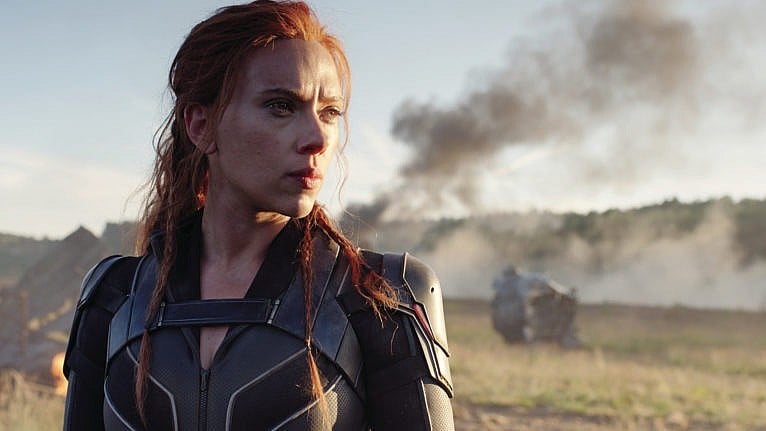 Not even a pandemic could stop Marvel from taking over the world. With no movies in theatres since 2019’s Spider-Man: Far From Home, and with its flagship star Robert Downey Jr. having left the franchise, it seemed like the perfect time for Marvel Studios to end the hot streak it’s been on since it debuted with Iron Man in 2008. Instead, it’s only become more successful, and more important to the future of its owner, the Walt Disney Company.

Marvel Studios returned in 2021 with WandaVision and The Falcon and the Winter Soldier, two limited series for the Disney+ streaming service. Their success brought millions of new subscribers to Disney and set the stage for a glut of Marvel content: starting with Black Widow in July, Disney will have a new Marvel movie or series ready to go almost every month.

READ: A very real, not at all fake Captain Marvel synopsis

Though no one can completely explain the success of Marvel Studios, industry experts know who gets the largest share of credit for it: Kevin Feige, who has produced all its films and shows. “Directors, writers and stars have come and gone, but as producer and president of Marvel Studios, he has been the one consistent element in every one of their films,” says Ben Fritz, an editor at the Wall Street Journal and author of the book The Big Picture: The Fight for the Future of Movies. Feige began by making a household name of Iron Man, a B-list comics star, and is now doing the same for B-listers from his own movies: The Falcon and the Winter Soldier gave the title of Captain America to his buddy Sam Wilson (Anthony Mackie), and WandaVision made stars out of a witch and a robot in love, who had only had a few minutes of screen time in the Avengers films. 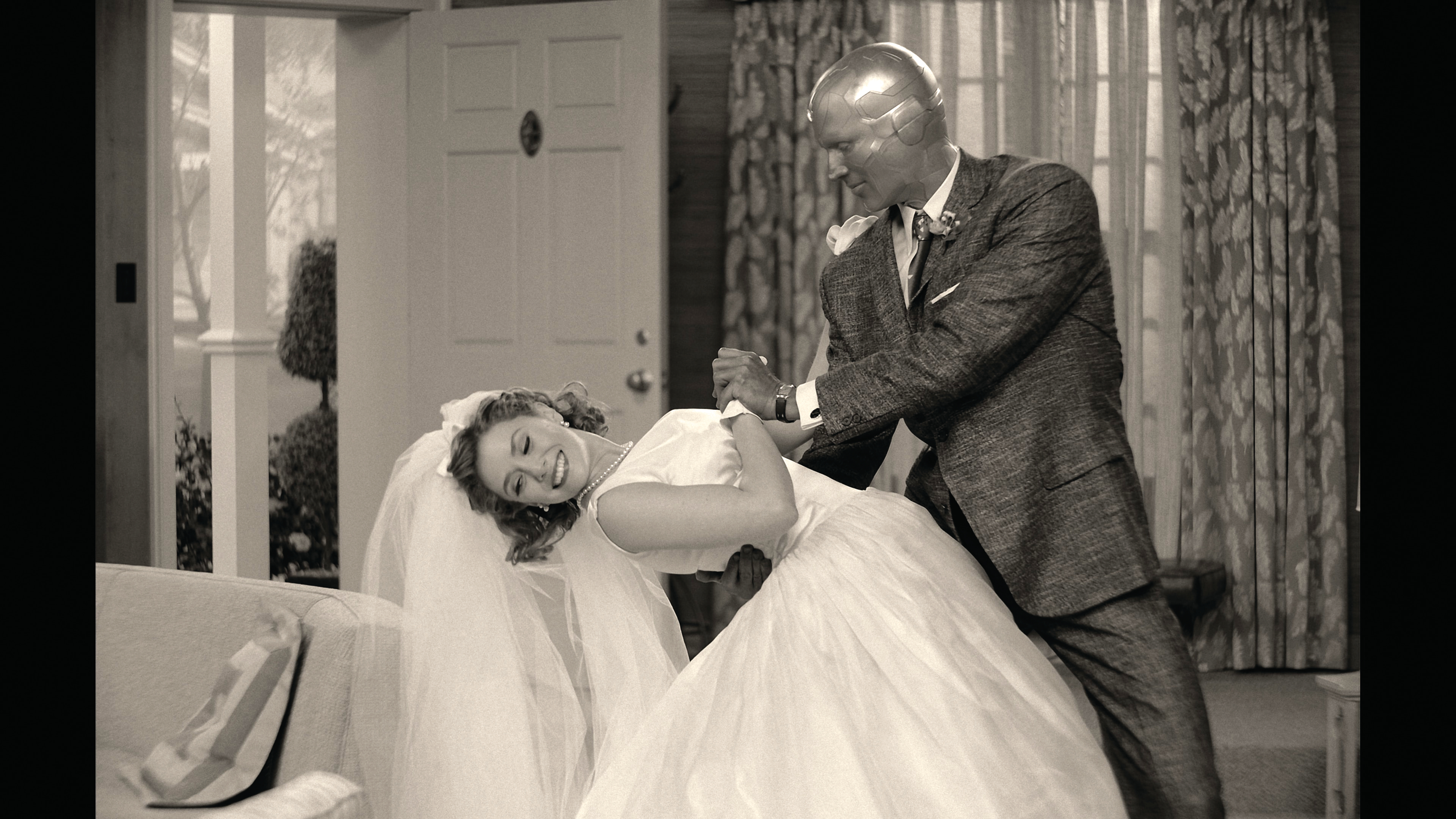 It may be one of the secrets to Feige’s success that he’s constantly trying to get his viewers interested in new characters, so that they won’t drift away from the franchise when actors leave. Kari Skogland, the Canadian filmmaker who directed all six episodes of The Falcon and the Winter Soldier, was pleased with the way Marvel used its streaming series to flesh out the characters and set them up for new things: “It’s a new path for Marvel, which opened doors for them for all of their characters in future projects. You get to know the characters. They become more complex, because you get to go home with them.” This puts Feige ahead of another Disney-owned franchise, Star Wars, which is still heavily dependent on familiar characters from the George Lucas movies, including a movie about Han Solo and an upcoming series about Obi-Wan Kenobi. Meanwhile, Feige is making shows about Iron Man’s former sidekick (Armor Wars) and the Hulk’s lawyer cousin (She-Hulk).

READ: How to make a Marvel series

Another thing that helps Feige stay on top may be that, despite the formulaic nature of superhero storytelling, his work is slightly less predictable than the competition. Fritz notes that Marvel Studios usually tries to explore different genres with different projects: “The Captain America movies have more of a spy and espionage element, Thor is fantasy, the Guardians of the Galaxy are science-fiction, Black Panther deals with colonialism, Spider-Man is a teen soap opera.” Following that pattern, WandaVision was a tribute to classic sitcoms, with its first episode actually shot before a studio audience, while the movie it leads into, 2022’s Doctor Strange in the Multiverse of Madness, has been hyped by Feige as Marvel’s first horror film.

Marvel has also tried to provide some changes when it comes to style and tone. While many of the studio’s competitors have been trying to copy the humour and optimism of Marvel movies like The Avengers, Feige has quietly turned his product in more morally ambiguous directions. WandaVision and The Falcon and the Winter Soldier were written and partially shot before the pandemic, but they both take place in a depressing, despairing world quite familiar to anyone who has lived through the past year. Though WandaVision has a couple of antagonists, it’s the protagonist who accidentally puts an entire town of innocent people under mind control and initially refuses to let them go. The Falcon and the Winter Soldier ends with a cynical twist where a crime boss emerges as the real winner, and there aren’t any unambiguous villains for the heroes to fight; Skogland says that one of its themes is that this is a more complex era where “the bad guy isn’t always just bad.” 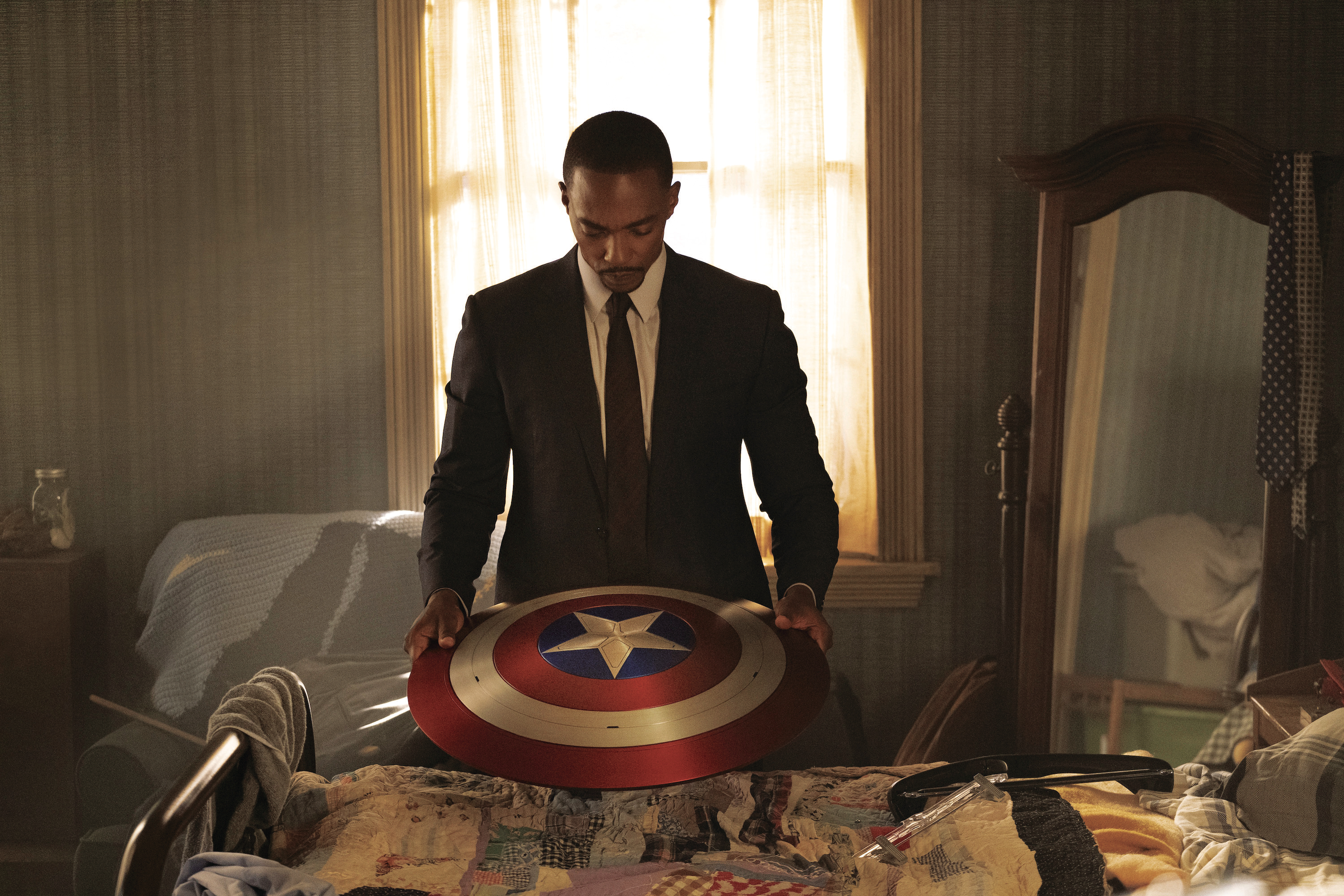 Anthony Mackie stars as Falcon/Sam Wilson in Marvel Studios’ ‘The Falcon and the Winter Soldier.’ (Courtesy of Chuck Zlotnick/Marvel Studios)

The bleaker feel of the new Marvel Cinematic Universe has something to do with another Feige specialty, the ongoing story element that is threaded throughout the studio’s productions. The new MCU shows and movies often refer to an event from Avengers: Endgame, when the heroes succeeded in bringing back half the world’s population after the bad guy wiped them out. The writers have been instructed to show what life might be like if millions of people vanished and then returned. “It was a great opportunity to look at imperialism, and we looked at it as a very big story device that could allow us to explore the future versus the past,” Skogland says.

These heavier themes could be part of an attempt to bring Marvel into one area that it hasn’t yet conquered: prestigious, award-winning film and TV. Marvel scored a Best Picture Academy Award nomination for Black Panther, and it may have similar ambitions for this fall’s Eternals, based on an obscure comic by Marvel Universe co-creator Jack Kirby; the story of an ancient race of god-like aliens living on Earth was assigned in 2018 to indie director Chloé Zhao, this year’s winner of the Academy Award for Best Director for Nomadland (also distributed by Disney). Feige has also tried to find ways to showcase actors who were wasted in his earlier films; Elizabeth Olsen, who was hired to play Wanda Maximoff/Scarlet Witch based on her performance in the independent drama Martha Marcy May Marlene, finally got to demonstrate why in WandaVision, a tragicomic story about her character snapping under the weight of unprocessed trauma.

Marvel movies and shows are still mass-market Disney superhero productions, and they can’t stray too far from the formula. “Nearly all of the movies start off in unique ways, but end with a CGI-heavy, over-the-top battle to save a city or country or the world or the universe,” says Fritz, adding that when WandaVision’s finale abandoned the sitcom format in favour of a conventional fight scene, it “loses the intimacy and cleverness with which the series began.”

But even if he never gets that Oscar or Emmy, this more serious approach may pay off for Feige. For one thing, it makes the feel-good moments feel even better when they do come; despite the grimness of The Falcon and the Winter Soldier, Skogland found it an inspiring moment when Sam finally takes on the Captain America identity and shield: “I felt this was the most important show of the century because it was a Black man picking up a white iconic symbol, and it was frankly long overdue.” And the shift in tone will help keep viewers from thinking they know exactly what to expect. Fritz says that Feige is masterful at making films that are repetitive enough that “fans generally know what to expect and are satisfied,” but “without being so repetitive that people get bored.” Being surprising and predictable at the same time: that’s the Marvel way.