More on the underlying causes of Brazil's current crisis 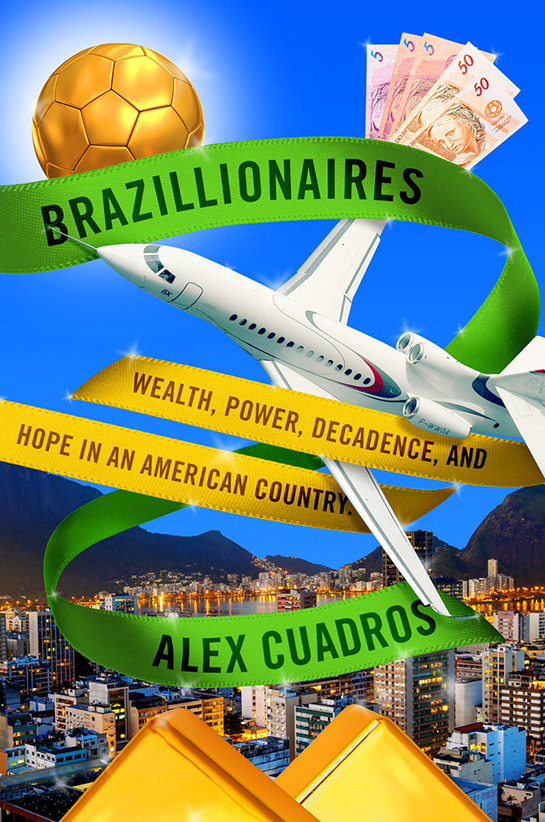 As the Rio Olympics approach, political turmoil is roiling Brazil. Suspended President Dilma Rousseff is facing an impeachment trial. Interim president Michel Temer is implicated in several corruption investigations and was recently barred from running for public office for eight years due to violations of election law. Three members of his cabinet have been forced to resign in less than two months, largely due to allegations of corruption. Brazilians’ confidence in their government is almost non-existent: a recent poll found only two per cent would vote for Temer.

In Brazillionaires, Cuadros explains the underlying causes of the current crisis in elegant prose. Cuadros was on staff for Bloomberg News for several years, covering the ultra-wealthy, before quitting to write this book. Here he explores the outsized role oligarchs play in shaping everything from the news Brazilians see (a few families dominate the media market) to who is in office (some of the same families who supported the 1964 military coup backed Rousseff’s ouster).

Certain concepts will be familiar to a Canadian reader, such as the practice of donating lavishly to all political parties and reaping lucrative government contracts in return. Other practices less so. In Brazil, elected officials are immune from a wide variety of criminal charges, so some ultra-wealthy people run for office to avoid prosecution.

One of Brazil’s wealthiest, Paulo Maluf, who twice served as mayor of Sao Paulo, participated in a gimmick with a comedy TV show where he hides in a van. The presenters ask passerby what they think of Maluf; when they say he’s corrupt he pops out and good-naturedly defends himself. In one memorable segment Maluf asks: “Have you ever seen one bit of proof? One bit?” Cuadros meticulously documents the proof—convictions by a handful of courts over the years (all of which resulted in fines but no jail time) as well as the dozens of accusations never proven in court.

Maluf—who, like many of Brazil’s wealthiest people, grew rich and powerful under the brutal U.S.-supported military dictatorship that ruled from 1964 to 1985—embodies the contradictions of modern Brazil. His name has been turned into a widely used verb—malufar—meaning misappropriating public funds. Yet he’s widely admired. In 2013, 13 per cent of Sao Paolo residents said Maluf was the best mayor in the city’s history.

Despite the titular focus on billionaires, Cuadros’s book is really about the country as a whole. He devotes as much time to his visits to favelas and Native tribes as to his trips to penthouse suites and luxury art sales. Cuadros specializes in explaining Brazil to a Western audience—he also has bylines in The New Yorker, the Boston Globe and the San Francisco Chronicle. On the eve of the Olympics, understanding Brazil is more important than ever, and this book is an excellent place to start.