From 2011: Canadian milliner David Dunkley explains the allure of those whimsical hats 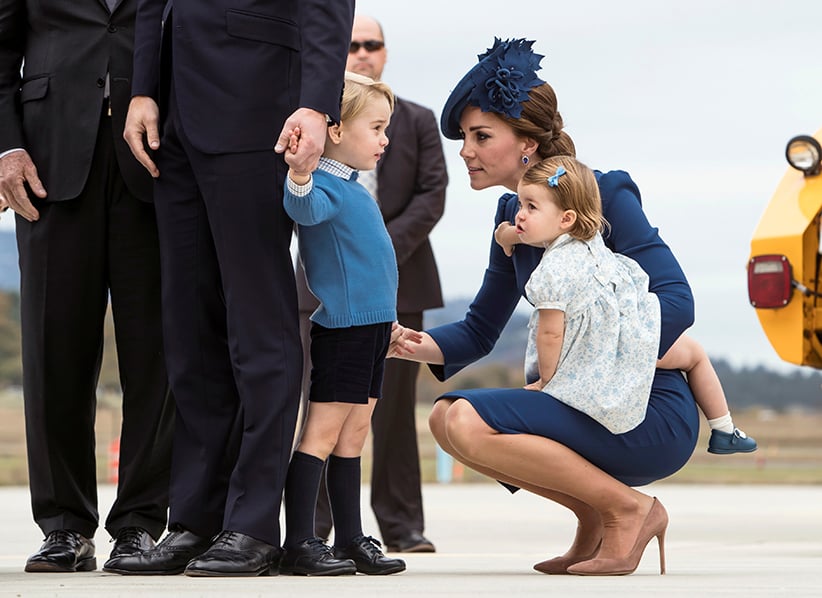 This article was originally published April 18, 2011

Kate Middleton may get full props for instigating the mania for fascinators, those fantastical cranial protuberances fashioned from feathers, netting, flowers and/or beaded wires, but one canny observer traces the trend to an even more common source. “I hate to say this, but we have to credit Britney Spears for some of it—she loves her little hats,” says milliner David Dunkley. “She was on it long before Lady Gaga.” So were other style-setters, including Sarah Jessica Parker and Victoria Beckham. But it took the princess-to-be to spark a mass revival in the 18th-century headpiece, not unlike Princess Di bringing back brimmed hats in the 1980s.

Dunkley, proprietor of Toronto’s KC’s Hats, saw it coming: “I predicted we’d be all about fascinators as soon as we heard about the royal wedding, and it’s definitely picking up.” His new 13-piece “Royal Wedding Collection,” a fabulous array of handmade headgear showcased at his downtown storefront-studio space, includes several whimsical examples. “It’s the new plumage,” he says.

The boyish 40-year-old is just back from London, and his most recent stint studying couture millinery with Rose Cory, the former hatmaker to the Queen Mother—a decided U-turn from Dunkley’s former career in health policy administration. He changed gears eight years ago after his partner suggested they take a hat-making course; he went on to more study before setting up a stall at Toronto’s St. Lawrence Market, a time he calls “my master’s in retail.” Dunkley’s real education came from workshops with Cory over the past three years. Last year, she shared with him the name of the royal feather supplier, a haven of exotic plumage, including “level-five” ostrich feathers at $1,000 a pop. “I didn’t know feather levels existed,” he says.

Cory also imparted Britain’s hard-core hat sensibility: “A hat finishes an outfit; it’s built into that culture. When you go to a wedding you wear one,” Dunkley says, his Kate and William souvenir cufflinks flashing on his striped shirt. “The trashiest cufflinks in the world,” he says cheerfully.

Wedding season is peak time, Dunkley says, showing off an ivory peau de soie headpiece with an au courant face-framing birdcage veil for a Los Angeles client. He’s also working on headpieces for several Canadians attending the royal wedding, but is too discreet to say who. Of Middleton’s bridal headgear, speculation runs rampant in London. Her commoner status means it’s possible she’ll arrive with a grand fascinator rather than a tiara, he says, rumoured to be designed by famed Irish milliner Philip Treacy.

It was Treacy who created the dramatic feathered fascinator Camilla Parker Bowles wore to her 2005 nuptials to Prince Charles—“one of the most clever pieces of millinery ever,” says Dunkley, for deftly navigating palace politics: “She couldn’t wear a tiara. Or a crown.” She needed to look regal, but not overtly so given public resistance to the marriage. So Treacy painted the feathers gold, a brilliant stealth detail. “That’s the power of a hat,” Dunkley says.

A generation of young women know nothing about hats, a situation he’d like to change. Definite “hat people” exist, he says: “A hat is a crown, and a distinct personality wears a crown. When you wear a hat, people look at you in the eye because there’s something on your head. It takes a confident person to carry that off.”

For shyer wannabe “hat people,” Dunkley sells $75 “starter” pieces—hair bands with feathers or other springy ornamentation: “The trick for me is to capture the young women wearing a fascinator and to transition her into a fedora or a soft hat.” That’s not his only hat trick. Taking a cue from fascinators, named for the male bird that “fascinates” his tail feathers to attract a mate, Dunkley wants to write a book titled If You Want to Meet a Man, Wear a Hat, a theory of his. “A hat separates you from the pack,” he says. “It gives an opportunity for a man to come up and say, ‘That’s a nice hat.’ ” It’ll be a blockbuster, he jokes of the book: “It’s how I’ll make my millions.” Then again, if Middleton arrives at the abbey in a fascinator, he’ll have another option.