Mitch Fowler and the brain-bending world of 'speedrunning'

An old video game, a lot of practice and one hour, nine minutes and 58 seconds of perfection 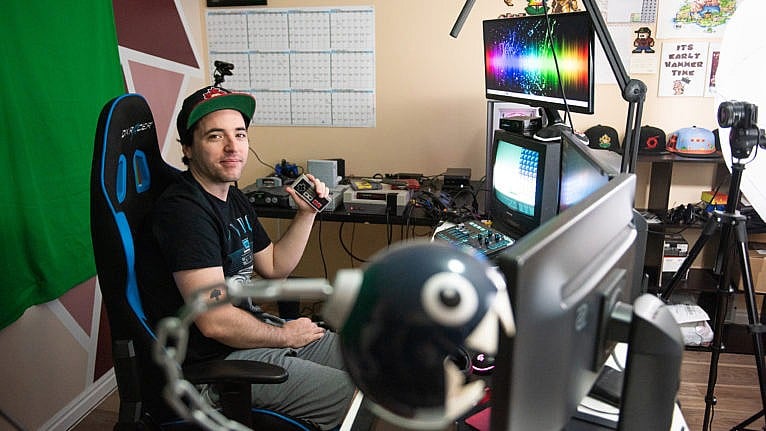 Fowler’s reputation as a speedrunner has earned him a vocal, devoted online audience (Photograph by Niki Chan Wylie)

Mitch Fowler was skeptical that he was minutes away from setting a new world record. Somebody in his audience had dared to mention his impressive pace. “This is a good run? Well, you know what happens to good runs,” he replied: Fowler had come this close before. Ten minutes shy of a new record, he fell silent. His gaze barely shifted. His hands were sweaty. He cleared another hurdle. “We’ll see, we’ll see,” he said to no one in particular. A few minutes later, a setback that slowed his momentum: “Surprise, surprise!” he barked. Two minutes after that, big exhales and barely contained glee as all that was left was waiting for his final time. The clock stopped at one hour, nine minutes and 58 seconds. Fowler had beaten his own world’s best time by three seconds. “We did it,” he celebrated. “The minute barrier.”

Nobody had ever made a run faster than 70 minutes, but Fowler’s stunning achievement on Feb. 7 was no athletic feat. The 33-year-old Canadian gamer who lives in Salt Lake City had been racing to beat every level in Super Mario Bros. 3, the iconic Nintendo game first released in 1990. Fowler is a “speedrunner,” the name for gamers who obsessively search for optimal paths and exploit glitches that save precious seconds to post the fastest times. He plays to thousands of spellbound fans on the live streaming platform Twitch.

Beating a classic video game might sound like a fun hobby, but Fowler’s years of speedrunning have ballooned into a full-time gig. And scientists say Fowler’s craft produces more than just the income that pays his bills. Speedrunning enhances his cognitive abilities, and even blurs the connection between his conscious mind and his tapping fingers.

Before Fowler fell in love with speedrunning, he was a casual gamer, like a lot of suburban teenagers, growing up in Burlington, Ont. He picked up an old-school Nintendo Entertainment System at a garage sale in high school, although several years passed before he mastered Super Mario Bros. But it was Metroid Prime, a 3D first-person shooter on Nintendo’s GameCube console, that was the first game in which gamers discovered “sequence breaking”—a process by which they identify glitches that allow them to skip whole sections, and sometimes advance directly to a game’s final credits. “The idea of breaking the game blew my mind,” says Fowler. That was 2003.

After high school, he struggled to find his footing, uninspired by studies at Sheridan College in nearby Oakville—“I totally bombed it”—and was eventually lured into a construction job. He gave post-secondary studies another shot, but jumped at a chance to work in Edmonton. By 2009, he was an ironworker on bridge projects, laying rebar by day and gaming by night. That’s when Fowler got serious about Super Mario Bros. 3. He’d game through the night and then head back to his job, which he didn’t enjoy, on little sleep. “Speedrunning was the only thing that made me feel some sort of value,” he says.

Disillusioned by a dreary job, Fowler ventured back to Ontario, where he worked at a Boston Pizza and then a silk screening company. In his spare time, he skateboarded, played drums and kept on speedrunning—assuming it would only ever be a time-consuming, fulfilling side hustle. “Little did I know it wasn’t a waste of time,” he says.

On Sept. 21, 2010, Fowler submitted his first Super Mario world record run to the website that then tracked every game’s best times. Still, he harboured some insecurity about what had evolved into an impressive skill set. “I felt guilty,” he says, worried that he should be focusing on building a stable career.

Eventually, Fowler found work as a dishwasher at Paradiso, a Mediterranean restaurant in Burlington. He instantly applied the principles of speedrunning to his work, creating systems that allowed him to clean dishes as efficiently as possible. He excelled and was promoted, soon serving a stint as a cook. But live streaming was gaining prominence, and the world’s best gamers earned a living at it. Fowler says he came to a crossroads. He could spend the rest of his life in kitchens, or he could follow his passion. The choice wasn’t difficult. “If I cut my fingers off making food, I couldn’t play video games.”

When British neuroscientists studied the brains of cab drivers in the sprawling city of London, they discovered that the process of memorizing thousands of streets and routes expanded a driver’s hippocampus, the part of the brain in the temporal lobe that plays a major role in memory formation. The cabbies’ brains were physically larger.

Lennart Nacke, director of the HCI Games Group at the University of Waterloo, says speedrunning could have a similar effect on players like Fowler. “At the heart of every video game is a learning super engine,” says Nacke. “He’s optimizing learning. He’s becoming an athlete in that way.”

The speedrunner’s lexicon sounds like another language to the uninitiated. They “clip” through walls by hitting exactly the right screen pixel at the perfect speed. They pray that “RNG” (shorthand for random number generators that inject unpredictability into enemy movements) doesn’t interrupt their chosen path: unlucky RNG ruins flawless runs. The goal is to minimize obstacles. “For game designers, it’s all about adding friction and challenges,” says Nacke. “Speedrunners eliminate all the friction.”

“Most speedrunners are perfectly synchronized,” Nacke adds. “The cognitive system is automated. It’s become so ingrained in his motor cortex that now he’s doing that motor function to achieve the optimal time.” In other words, Fowler’s hands move too quickly for him to explain his movements in real time. But he’s typically in total control.

Craig Stark, a professor of neurobiology and behaviour at the University of California, Irvine, explains that the hippocampus controls declarative memory—the recall of facts and events—but players like Fowler also nurture non-declarative memory: skills, habits and conditioning. “Other parts of the brain learn,” says Stark. “You can take those skills out of the hippocampus and do it just fine. Amnesic patients who played golf before can still play.”

Jonathan Hay, a visiting lecturer at the University of Chester who studies posthumanism, calls speedrunning an “artistic pursuit of perfection” that casts players as artists unlike any other, whipping up frenzied audiences who are encouraged to be vocal. Nacke likens the experience to a more traditional art form. “Speedrunning is like a beautiful painting. It’s like watching Bob Ross,” he says. “I find it quite relaxing.” 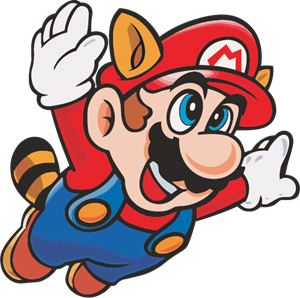 In 2017, Fowler moved to Salt Lake City and married his wife, Kailee. He streamed full-time on Twitch and earned income through a combination of subscriptions, ad revenue and donations from viewers. Fowler describes himself as “not a natural entertainer” and “sometimes a little needy,” but he cultivated a devoted audience thanks to a hard-earned reputation as a top Super Mario runner. And he helped build a community of gamers.

Less than two months after Fowler set his world record, a Japanese speedrunner named maibaRTA bested his time by 233 milliseconds. The Canadian expat had just announced he was about to do the unthinkable by beating the game using the “wrong warp”—an elaborate series of manoeuvres that produce, as if by magic, a pipe that transports the game’s titular plumber to the end screen. That method is nothing new—but Fowler pledged to do it blindfolded. He’s paused that effort for now, though. There’s a record to reclaim.

He used to feud with gamers in an ultra-competitive community bent on gaining an edge. Now they’re mostly united in pursuit of how far human beings can push their craft. “I get excited when someone beats my records,” he says. It’s just another reason to pick up the controller and break the game all over again.

This article appears in print in the August 2021 issue of Maclean’s magazine with the headline, “Running man.” Subscribe to the monthly print magazine here.