50 Shades of pathos: Short Term 12, How I Live Now, The Best Man Holiday, The Book Thief 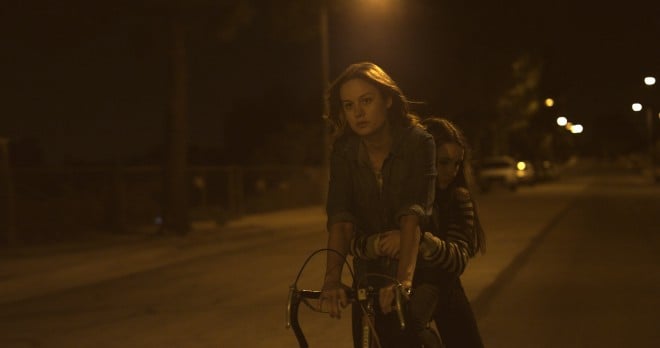 The holiday season must be officially upon us.  We have four films hitting theatres this week that take aim at the heartstrings, four of which happen to feature young female protagonists. Only one of these movies is Christmas-themed, but they all try to kindle home-fire sentiments amid panoramic loss and sorrow. Pathos is tricky; cooked up with a heavy hand, it can so easily curdle.

The clumsiest tearjerker of the bunch is the weekend’s biggest new release, the belated sequel Best Man Holiday. This African American extravaganza about Christmas, cancer, God, football, childbirth, sex, betrayal, bromance and sisterhood tries to push every button in sight, and the result is contrivance overkill.

The best of the four movies, and the smallest, is Short Term 12, which avoids the pathos pitfall with an exquisite balance of heart-rending drama, wit, and emotional warmth. Also, it’s so well written, acted and directed that it never feels anything less than real. Kevin Macdonald’s How I Live Now, adapted from Meg Rosoff’s young-adult novel, is a dystopian drama set in Britain during a scenario of nuclear war. And it forges an awkward connection between the trauma of a teenage girl coming of age and of the whole world coming apart.

The Book Thief, adapted from Markus Zusak’s bestseller, is another movie that tries to integrate mass slaughter with a teenage girl’s existential angst. It’s well crafted, and features a remarkable performance from Quebec teen Sophie Nélisse (Monsieur Lazhar) in the title role—she leaves co-stars Geoffrey Rush and Emily Watson in the dust. But for a Holocaust drama, even though it’s narrated by Death (in a plummy English accent), The Book Thief is far too warm and fuzzy: Anne Frank-lite.

For my interview with Nélisse and Rush, go to Sophie’s choice. Meanwhile, here are brief reviews of the other three films:

American writer-director Destin Daniel Cretton (I Am Not a Hipster) loosely based this sophomore feature on his own experience working in a San Diego group home for troubled teenagers. And the authenticity of his experience is palpable in every frame. Yet despite the film’s vérité style and its naturalistic performances, the story moves through a graceful arc of fiction, swinging from raw pain to uplifting sentiment without skipping a beat. Brie Larson (Don Jon, Rampart) carries the film as Grace, a twenty-something supervisor of at-risk teens in a foster-care facility. Scarred by her own history of abuse, she is a camp-counselor type who treats the kids with a practiced mix of sensitivity and toughness. Her co-worker Mason, an affable, easy-going guy played by The Newsroom‘s  John Gallagher Jr., is also her live-in boyfriend, a fact they try to hide from the kids. When Grace gets pregnant, she’s afflicted by self-doubt, and as she takes a damaged 15-year-old girl under her wing, her own past comes back to haunt her.

In a year of powerhouse female performances—by the likes of Sandra Bullock (Gravity) and Cate Blanchett (Blue Jasmine) and Adèle Exarchopoulos (Blue is the Warmest Colour)—Larson holds her own. She has the look and tenacity of a young Jodie Foster. As her compassionate mate, Gallagher Jr. compliments her nicely. And the ensemble of actors cast as the group-home kids is strong, especially Keith Stanfield, who plays a brooding African American with a flair for rap who has to leave the facility because he’s turning 18. This  may be a story of young adults, but it’s a more emotionally mature movie than most. 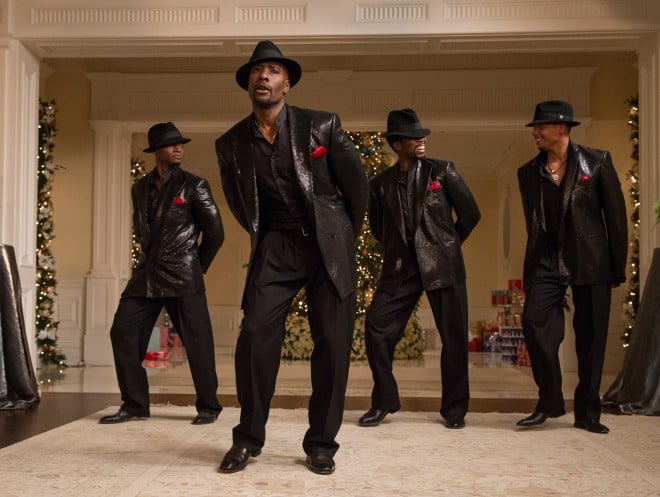 It took 14 years to come up with a sequel to The Best Man, which I never saw. The original, a popular feature debut by writer-director Malcolm D. Lee, entwined the romantic lives of some nine college-age characters, who get back together for a Christmas reunion at the  home of the fabulously successful Lance (Morris Chestnut), a New York Giants running back who’s on the verge of breaking the all time record for rushing yards. Lance’s home isn’t just lavish, it’s a fairy-tale mansion on the scale of Versailles. Among the guests is Lance’s estranged best friend, Harper (Taye Diggs), a writer who has fallen on hard times after losing his university teaching post and seeing his last book bomb. Now, pushed by his very pregnant wife (Sanaa Lathan), Harper is angling to write Lance’s authorized biography.

Hijinks ensue as another member of the group, Murch (Harold Perineau), is mortified to see a sex tape of his wife, a former stripper named Candy (Regina Hall), going viral on the Internet. And two wild cards are thrown into the mix: Murch’s trash-talking ex, Shelby (Melissa De Sousa) who acts like a tramp at every opportunity, and Quentin (Terrence Howard), a playfully debauched lothario.

Although the stereotypes are as broad and formulaic as the comedy, for about the first third of the film I was pleasantly surprised. Aside from distinguishing itself as an ensemble piece about a broad spectrum of successful African-American characters, it sets out as a well-balanced relationship picture, with lots of juicy talk and a rare parity between men and women. Kind of a black UniSex and the City. 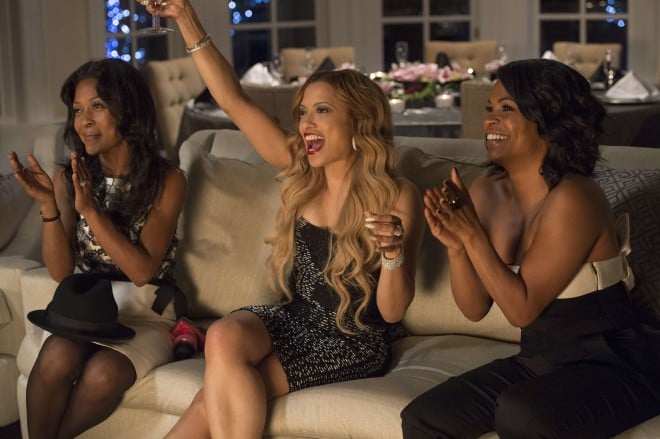 But the movie goes  off the rails as it turns into an  mishmash of crude farce and maudlin melodrama. Things start to go south when two of the female characters have a knock-down-drag-em-out catfight on the floor. (It seems to be all the rage for the holiday season: Meryl Streep and Julia Roberts roll around on the floor during a family gathering in the upcoming August: Osage County. Nothing says Christmas quite like a catfight.)

I cannot bring myself to spoil anything else from this Yuletide surprise. Let’s just say God upstages the whole cast as He goes to work on one very busy Christmas Day. (The Almighty is, of course, a New York Giants fan.) I can’t remember the last time I saw a mainstream film that was so shamelessly preachy. The Best Man Holiday ranks as the best football movie since The Passion of the Christ. The film’s one consistent bright light is the profane, scene-stealing Terrence Howard, who tries to shatter the movie’s sanctimonious spirit at every turn with a guerrilla offensive of comic relief. But he’s up against impossible odds: God is clearly not on his side.

How I Live Now 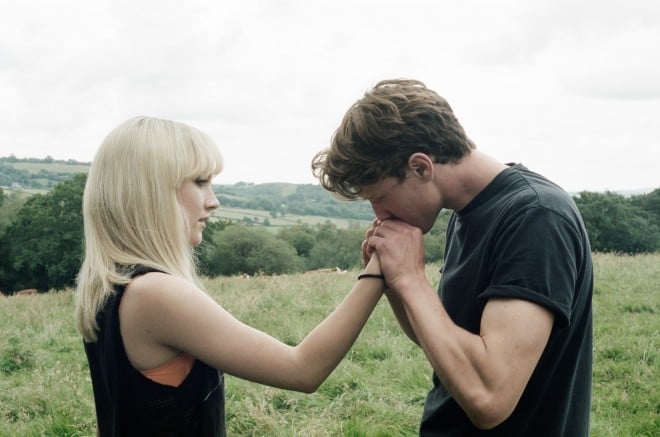 Saoirse Ronan and George MacKay in 'How I Live Now'

Our heroine is Daisy (Saoirse Ronan), a petulant American teenager whose mother died giving birth to her, and whose father has packed her off to live with her cousins in the English countryside. Her new home is a bucolic farm occupied by a family that’s locked in a hippie time warp. Her three cousins—17-year-old Eddie (George MacKay), 14-year-old Isaac (Tom Holland) and 8-year-old Piper (Harley Bird)—have the run of the place, while their negligent mother (Anna Chancellor) attends to saving the world as a peace negotiator, then vanishes entirely. At first Daisy is an unhappy camper. Then, just as she’s breaking out of her shell and learning to love her new surroundings—especially her oldest cousin, Eddie—war breaks out, the military barges in and busts up the family, and Daisy embarks on a terrifying odyssey as she tries to find her way back to Eddie.

MacDonald is a strong, stylish filmmaker who brings a sense of political intelligence to everything he does, from The Last King of Scotland to his definitive documentary on Bob Marley. And Ronan is a young actress of impressive range, who showed a precocious poise in Atonement and proved her mettle as a steely action hero in Hanna. But both the director and star are limited by the material, which fails to live up to the gravitas of its themes. Daisy starts out as an unsympathetic character who warms her heart in a fleeting foster home, only to be cast into a cruel world as a girl in jeopardy, coming of age amid mass graves. Yet her character remains vacant and uncompelling. You know there’s something wrong when you’re in the thick of the Third World War and your protagonist, with a wardrobe co-ordinated to match her distressed environment, looks less concerned with the fate of humanity than with making a dystopian fashion statement.

FILED UNDER: How I Live Now Short Term 12 The Best Man Holiday the book thief