A game Nicole Kidman can't save graceless 'Grace of Monaco' 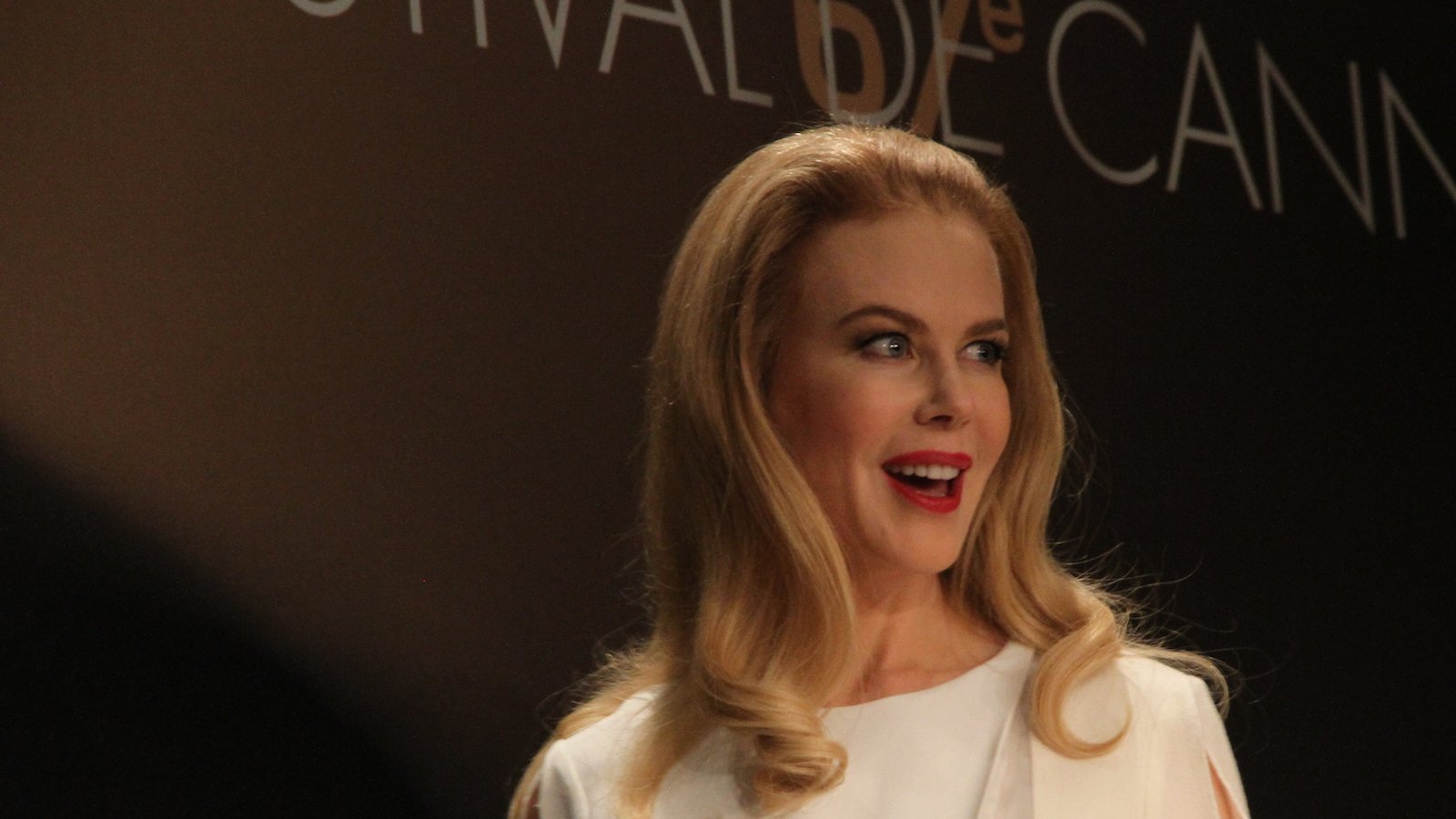 Mogul Harvey Weinstein was so unhappy with it that he threatened to pull the premiere from Cannes. Monaco’s royal family slammed the movie without even seeing it— refusing to make the short trip down the coast to grace tonight’s opening night gala of the 67th annual Cannes Film Festival. And today, after a press screening before the premiere, the critics set upon Grace of Monaco like jackals who couldn’t believe their luck. No wonder. Despite a game performance by Nicole Kidman as Grace Kelly—the movie queen who traded Hollywood royalty for a royal marriage—this clunky costume drama is a royal mess. It’s the kind of ludicrous escapade into faux history that film critics live to hate. Take this blast of hyperbole from The Guardian‘s Peter Bradshaw: “It is a film so awe-inspiringly wooden that it is basically a fire-risk. The cringe-factor is ionospherically high. A fleet of ambulances may have to be stationed outside the Palais to take tuxed audiences to hospital afterwards to have their toes uncurled under general anaesthetic.”

I can’t begin to compete with that. Yeah, it’s a bad movie, all right. But not as bad as last year’s Diana, as Bradshaw claims. More on the relativity of royal wretchedness of princess biopics later, but I have to say what’s fun about seeing Grace of Monaco in Cannes isn’t sending up the fairy-tale nonsense of the film itself; it’s getting a glimpse of how it resonated with the fairy-tale trauma of its star, who once dwelled in an armoured Tom Cruise bubble no less suffocating than Grace Kelly’s marriage to Monaco’s Prince Rainer. What’s surprising is how candid Kidman is being about the parallels.

During today’s press conference for Grace of Monaco, after the actress suggested that there were strong parallels between her life and Grace Kelly’s, I asked her to expand, and wondered if she had ever contemplating giving up acting for love.

She replied that she hadn’t faced that dilemma, but if it came down to it, love would win: “I would never think twice about it. Once you have children, you have the emotion of being able to die for someone. Once that hits you, your whole life changes.” She alluded to her first marriage, to Cruise. “Love is the core emotion,” she said. “I’ve certainly existed without that, and it’s a very empty life. When I won the Oscar [for The Hours in 2002] and I went home, that was the most intensely lonely period in my life. Strangely for me, the greatest highs have coincided with the greatest lows, and that’s always aggravated me.”

Kidman, who won the Oscar after ending her 11-year marriage to Cruise, is merrily drawing parallels between her life and that of Kelly, who met Prince Rainier during a visit to Cannes in 1955, right after winning her Oscar. In an interview published today by France’s Le Parisien, the 46-year-old actress said she understood Grace because “myself, I was married to a very big film celebrity, and I lived in a gilded cage. That was the real reason I wanted to make this movie.”

Directed by French filmmaker Oliver Dahan, Grace of Monaco picks up the story of its heroine six years into her 1956 marriage to Prince Rainer III. The film opens with title explaining that it’s “a fictional account inspired by real events.” Hollywood used to blithely fudge facts without such apologies. There was a code: “Based on a true story” usually means some facts have survived, while “inspired by a true story” means that the movie is a crock. Now it seems the safest strategy is just to call a biopic “fiction” and be done with it.

At the press conference, Dahan did his best to justify the film’s inventions. The history, he sniffed, was just the “background” to the story—even though the script turns French president Charles De Gaulle’s aggression toward Monaco into a key plot point. In fact, the film’s climax (spoiler alert!) hinges on a visit by De Gaulle to a charity ball hosted by Grace in Monaco that the director admits never took place. He says he just wanted to see the French president and Grace “in the same frame.”

The problem is, we can’t believe that De Gaulle would accept her invitation, never mind get all gooey-eyed after she gives a rousing speech and call her “an American Aphrodite.” The film also plays fast and loose with Hitchcock, who we see visiting Grace at the palace in a failed attempt to persuade her to come out of retirement and star in Marnie. In fact, Hitchcock never came to Monaco.

But the film’s most appalling transgressions are dramatic, not historical. Its paint-by-numbers script portrays Grace as a fairy-tale princess out of a retro Disney cartoon, opening her heart to a wise old priest (Frank Langella), taking deportment lessons from a fey courtier (Derek Jacobi), and rolling up her sleeves with the common folk in the marketplace, as if she were saving the free world, rather than shilling for a corrupt little tax haven built around a casino. And, as in a Disney cartoon, anachronisms abound—at one point Grace says, “Colonialism is so last century,” coining a phrase that did not exist at that time in the last century.

Throughout it all, Tim Roth tries to remain as inconspicuous as possible in the thankless role of the dyspeptic Prince Rainer, chain-smoking cigarettes and delivering such an opaque performance it’s as if he’s terrified of becoming collateral damage in this drone strike of a motion picture.

What’s remarkable is that, amid all the contrivance, Kidman delivers a robust, committed and deeply felt performance. But like Naomi Watts in Diana, she’s on a hopeless mission. It seems she’s channelling her own past, not her character’s. The dramatic tension in the film is not about whether its heroine can save Monaco, and her marriage, but whether Kidman can save the movie.

It’s just as well the Grimaldi spawn of Princess Grace—Albert, Caroline and Stephanie—are boycotting tonight’s premiere. If they didn’t like the movie before they saw it, they’d like it less after; as kids, their characters barely figure in the adventures of Monaco’s princess warrior, who doesn’t seem to have much time for the family she was so busy sacrificing her career for. 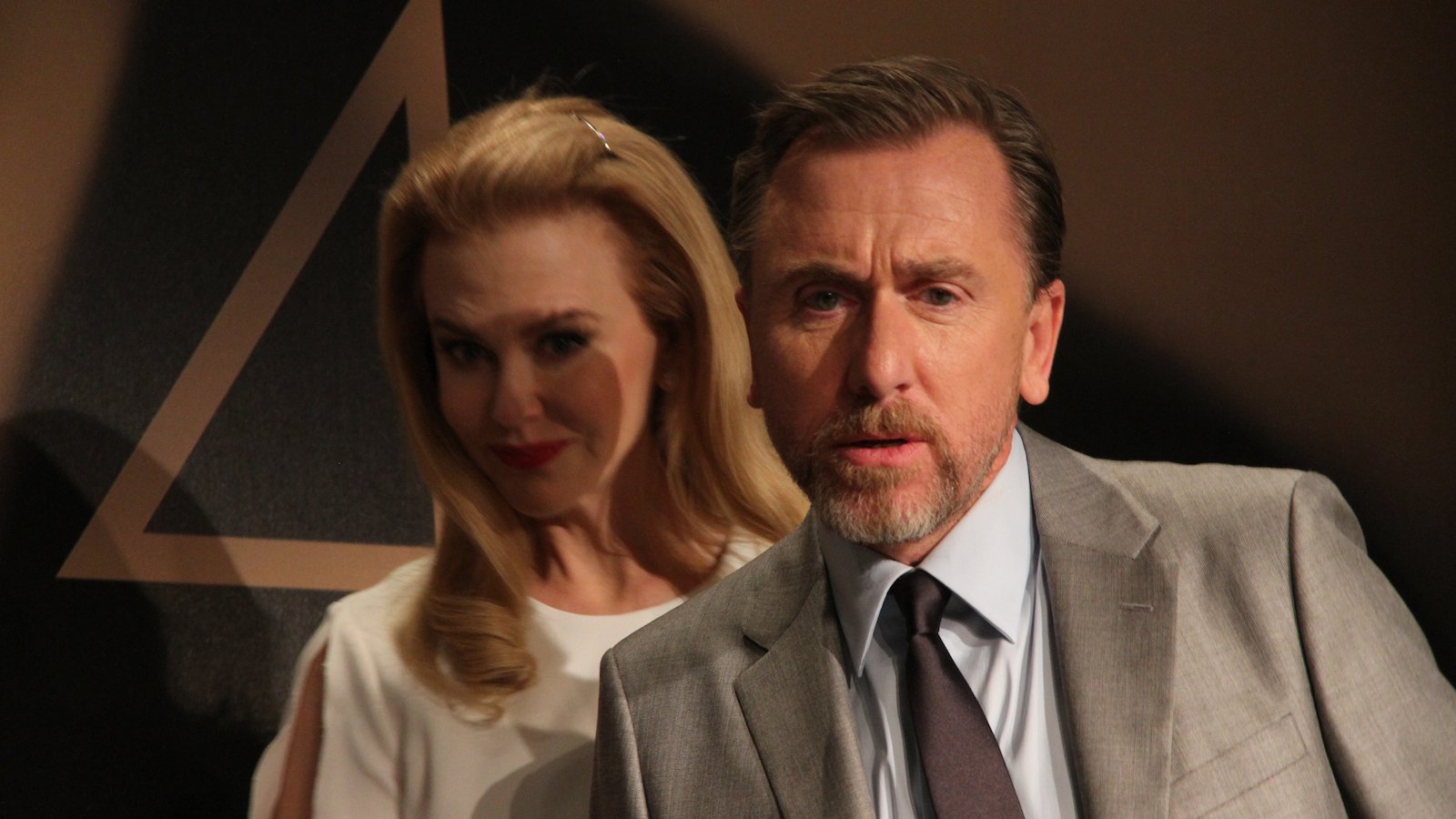