A genre-defying film that lands its moon-landing jokes

Canadian filmmaker Matt Johnson’s new movie, set to premiere at the Sundance festival, is as real as a fake doc about a hoax can get 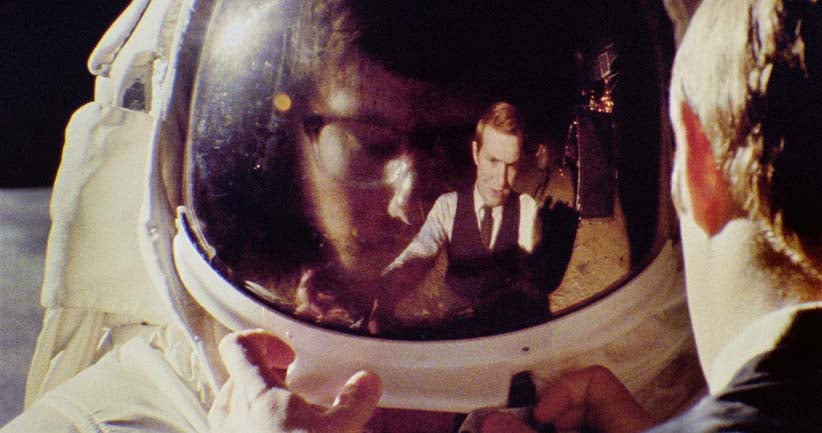 Moon-landing conspiracies are almost as old as the moon landing itself. Yet somehow they endure, apparently just as seductive as they were 45 years ago: this month sees the unveiling of not one but two feature films—the middling comedy Moonwalkers and the genre-defying Operation: Avalanche—that present mankind’s singularly greatest achievement as a sham.

The idea behind Operation: Avalanche: In the summer of 1968, NASA and the U.S. government realized they were going to lose the race to the moon. Thus began a cataclysmic cover-up. Jobs were lost, a nation lied to. Shot illegally inside NASA, Avalanche is a “documentary” that takes us into that story, down to a reconstructed, to-scale Apollo Lunar Module and an official NASA scientist divulging how the moon landing would be staged. Except, of course, it’s entirely fake.

“This was the ultimate snow job,” says Matt Johnson, the film’s director said in his Toronto apartment, days before the 2016 Sundance Film Festival, where his unique film will have its world premiere. (While Avalanche was reportedly slated to premiere at TIFF last September, Sundance and the snowy vibe of Park City seem the perfect setting for a cheeky Canuck to undermine American history.)

When it comes to Johnson’s career, it’s snow jobs all the way down. The filmmaker made news in Canada and beyond after winning the grand prize at the 2013 Slamdance Film Festival for his debut fake school-shooting documentary The Dirties, for which the 31-year-old Johnson infiltrated a school and posed as a student to shoot his run-and-gun sequences undercover. In Avalanche, even with the added challenge of a ’60s period setting, Johnson and company are trespassing again, this time on U.S. government property.

To top it all off, there’s the plan for an episode of his upcoming narrative TV series for Vice: Johnson plans to do all his Avalanche press in character—as a fictional dude who’s made a movie called Operation: Avalanche that landed itself in Sundance. This mischievous dance between truth and myth is at the heart of Johnson’s genius.

There’s a twinkle in Johnson’s eye that tells you the kind of filmmaker he is. In the film, the unflinchingly quick Johnson strolls on to the faked set of 2001: A Space Odyssey to talk to a real-live Stanley Kubrick (“It’s for a friend, and his name is Matt Johnson,” he stammers, asking the film legend for an autograph).

A fake documentary about the staging of the moon landing? “You can’t pitch it,” he admits. He and his friends—including Owen Williams, Josh Boles and Jared Raab, who all appear in the film—pitched it anyway. In 2014, Canadian-American distribution company Lionsgate picked up the film, giving Johnson’s team the impetus to make the film on a Canadian bank loan. “This movie would be a huge deal if it was Matt Damon and George Clooney sneaking into the CIA to fake the moon landing! That’s a $50-million dollar movie that [would play] all over the world, and everybody [would] love.”

Johnson’s version was made for a humble $1 million, and he sees it in the same vein as films like his idol Orson Welles’s beguiling F for Fake—a pseudo-documentary about two fraud artists. Like The Dirties, Avalanche isn’t a mockumentary—because it’s presented to the audience as real. “It’s not a lie if you believe it,” the poster exclaims, echoing Seinfeld’s George Costanza. Johnson goes to great lengths to ensure his audiences believe him.

“It’s absurd to think we didn’t land on the moon,” he notes, which is partly why the film is so much fun. It’s invigorating to watch a skeleton crew pull off a pitch-perfect period thriller, and in rethinking what Canadian film can be. “I want so badly for people to think of Canadian film as being what it really is: small, new, and young,” says Johnson.

A bold claim, though in terms of stirring the pot, Johnson’s production company, Zapruder Films, is just getting started: its next project, simply titled Canada, is about a conspiracy between Sir John A. Macdonald, George Brown and Alexander Galt to build a railroad—which is why they’re confederating. “It’s Chinatown meets All the President’s Men set in the 1800s with action set pieces,” he said. “I play John A. Macdonald.”