'A Royal Night Out': An old-fashioned comedy of errors 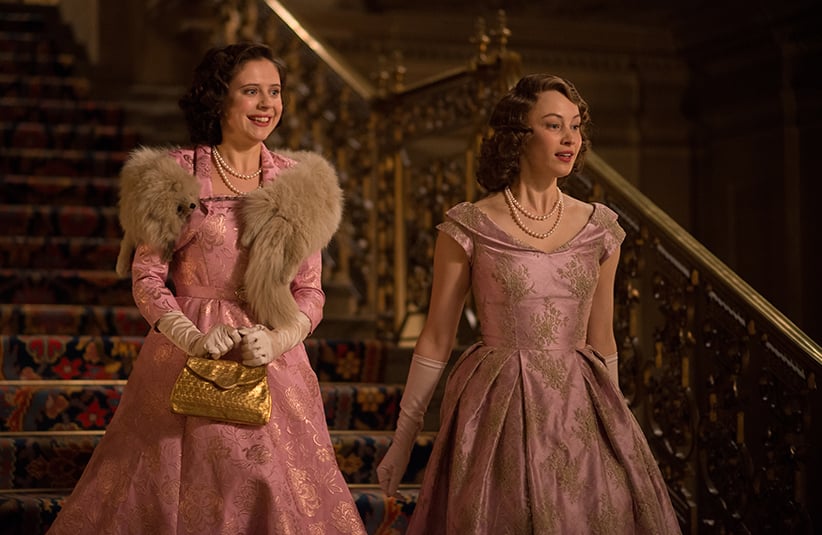 When the trailer for the latest film about the Windsor clan hit the Internet last February, it looked like another royal movie horror show. There have been plenty recently, including Madonna’s W.E., Nicole Kidman as Princess Grace of Monaco, and, still in top place, Naomi Watts’s nightmarish portrayal of Diana, princess of Wales.

So when a media screening of A Royal Night Out came up, this royal specialist trudged into the theatre, dreading the next 97 minutes. The movie’s premise was simple: On May 8, 1945, VE Day, princesses Margaret and Elizabeth join the crowds of London celebrating the Allied victory over the Nazis.

The start wasn’t promising. Factual errors abounded. Princess Margaret was aged from a chronological 14 to just over the legal age of adulthood; the film showed a staggering grand palace interior that differed sharply from the bombed Buckingham Palace stripped of royal treasures; and the film’s footmen are kitted out in red-and-gold livery, their heads topped with white wigs instead of woollen wartime uniforms.

But then, around 10 minutes into the film, A Royal Night Out settles into its groove as an old-fashioned comedy of errors, like one that would have been on the screens in London during the Second World War. It’s a throwback to the more innocent era it represents, decades before the necessity of PG-13 ratings. There are no salacious moments, few dark undertones, not even a whiff of nudity or hint of a swear word. Even the soundtrack has a decidedly retro feel.

Princess Elizabeth is the dutiful elder daughter, aware that one day she will sit on the throne occupied by her father, King George VI. She’s polite, reserved, and very cautious. Her younger sister, Margaret, is a scamp. Kept safely away from harm—”We’ll be walled up in this mausoleum for the rest of our lives”—she’s frantic to join the hundreds of thousands celebrating in the streets of London. The beautiful, impetuous princess persuades her sibling that they deserve one night of freedom. Elizabeth convinces her father that the sisters should be allowed to celebrate anonymously beyond the palace walls.

Dressed in similar pink full-skirted dresses—Margaret with a fox-fur stole—the princesses leave quietly. But their idea of fun night with young folk is dealt a blow when their mother arranges for two older male military chaperones, a deadline of 1 a.m. and a party at the Ritz that consists of grey-haired aristocrats. “Bloody mummy,” mutters Elizabeth. 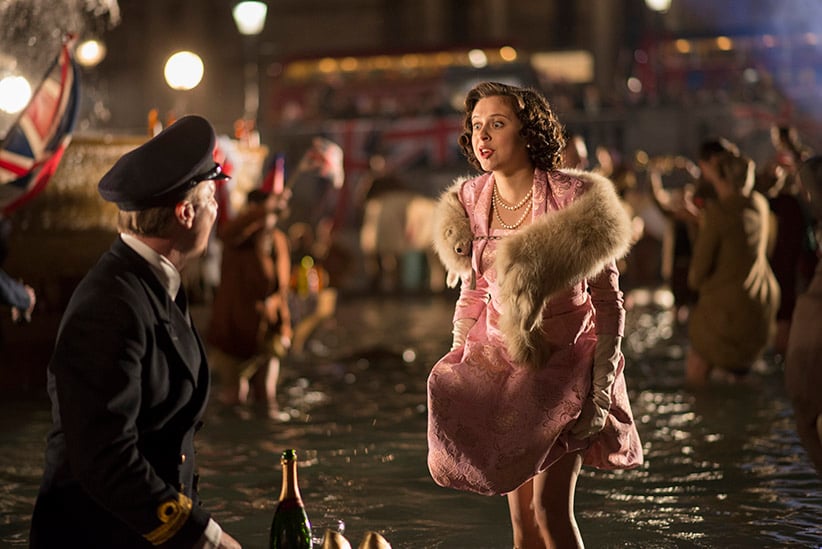 Soon, everything goes haywire. Margaret sneaks out looking for a good time. Elizabeth goes looking for her sister while the chaperones vanish on an extended “comfort break” with women they meet at the hotel. What follows is a series of madcap adventures involving a handsome RAF airman named Jack, his costermonger mother, a Soho gangster named Stan, increasingly anxious parents and chaperones watching their careers vanish.

In real life, Queen Elizabeth II has spoken fondly of that night, calling it “one of the most memorable” of her life. Included in a party of 16 to protect their anonymity, she and Margaret spent the night walking through London. “I remember lines of unknown people linking arms and walking down Whitehall, all of us just swept along on a tide of happiness and relief.” They even stood in front of Buckingham Palace shouting, “We want the king, we want the queen.”

A Royal Night Out won’t get near the Oscar throne like The Queen or The King’s Speech, but neither is it consigned to the dungeons with Diana. Instead, elevated by a delightful performance from Bel Powley (Margaret), it sits squarely in the middle of the range of royal films to be enjoyed, but not remembered.