Adam Driver is a mad star for a bland world

Can the actor’s brand of gangly, nervous aggression persevere in the face of film's soulless leading-man stereotype? 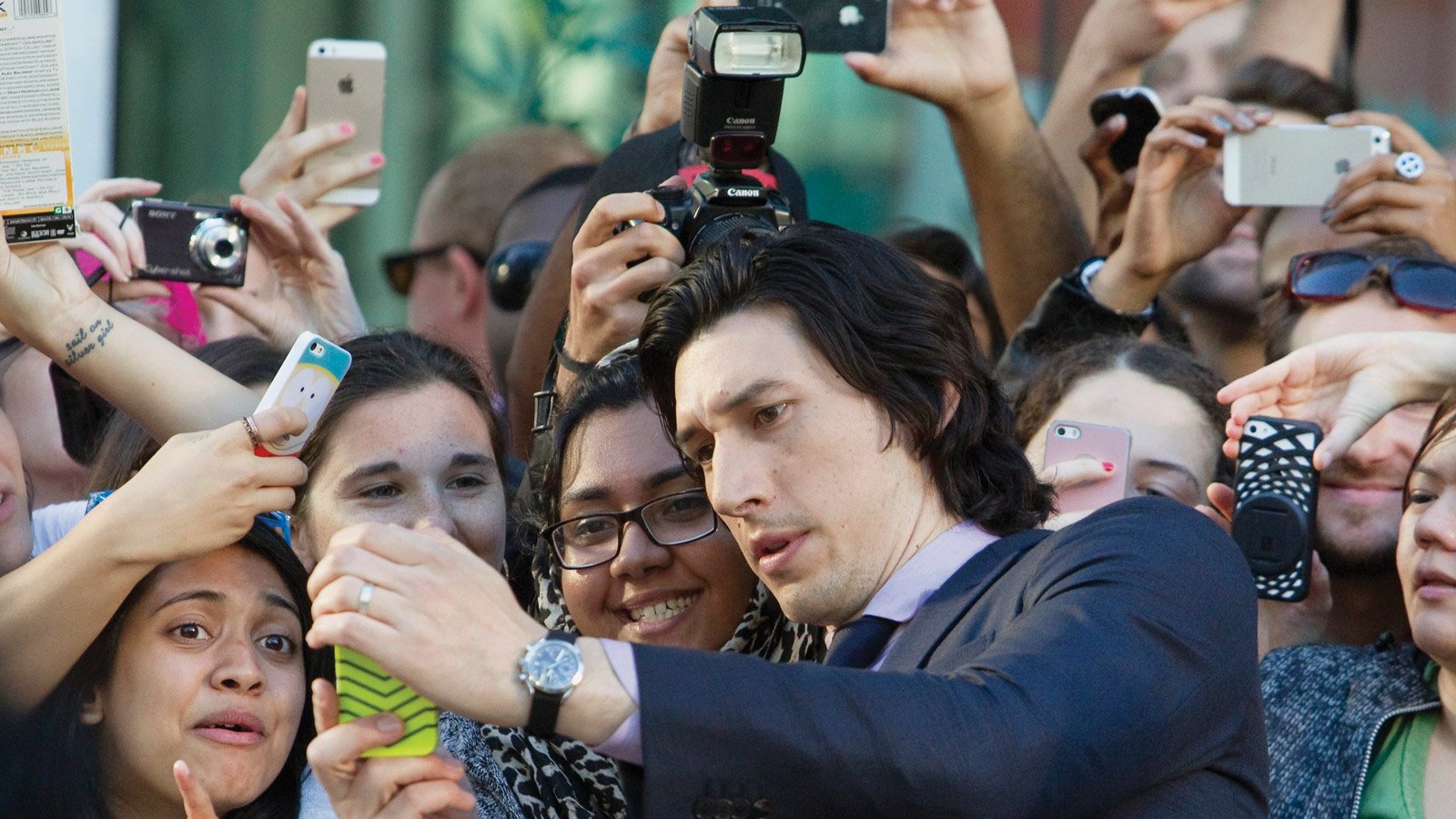 Standing a gangly six foot three, with greasy hair and a face that’s all obtuse angles and odd contours, Adam Driver looks more like the troubled kid working the overnight shift at a 7-Eleven than Hollywood’s new boyfriend. Yet the 30-year-old co-star of HBO’s Girls has been building an impressive cinematic resumé and, if the next few months go according to plan, he might usher in an era of unlikely leading men.

Phase 1 of his recalibration began at the Toronto International Film Festival, where the actor debuted three features, each riding its own wave of hype. In Noah Baumbach’s While We’re Young, Driver plays an artist who befriends his professor (Ben Stiller), a linchpin in a generational comedy of neuroses that doesn’t shine quite as bright as Baumbach’s Frances Ha, but features an electric performance from Driver that won universal praise. The drama Hungry Hearts, meanwhile, finds Driver as a stressed parent struggling to save the life of his newborn (a turn that garnered him the best acting prize at the Venice Film Festival). His highest-profile project, though, is This Is Where I Leave You, Shawn Levy’s adaptation of Jonathan Tropper’s acclaimed novel, and Driver’s biggest chance for exposure outside the insular world of indie film.

Despite featuring a murderer’s row of actors—Tina Fey, Jason Bateman, Rose Byrne, Timothy Olyphant, Jane Fonda—the film is stolen by Driver. In the role of Phillip, the youngest of an extended family dealing with the death of their patriarch, Driver has the unenviable task of making a selfish asshole sympathetic. As with his character on Girls, he pulls it off with ease. “There’s something primal and intense about him. He brings every scene to life,” says Levy, who hints that he had to overcome studio hesitations about casting Driver. “He’s awkward, but a beast.”

Driver himself can’t quite believe how far he’s gotten, having only pursued acting after being medically discharged from the United States Marine Corps 10 years ago. “I understand that directionlessness, which is why Philip was so compelling a character. I know what it’s like to not know what you’re doing,” says Driver, who developed a reputation for intensity when he enrolled at Julliard, often yelling at classmates until they cried. “That was a different time in my life, when I had just come out of the military and readjusted to civilian life. I had tunnel vision when I was pursuing acting, and I was demanding,” he says.

His anger, though, is a part of his peculiar charm, and casting directors are taking note. Since finishing production on This Is Where I Leave You, he’s signed on to the Martin Scorsese film Silence. And, in the biggest confidence vote of all, he will headline J.J. Abrams’s new Star Wars trilogy, where he’ll be a welcome respite from Hollywood’s brigade of neatly chiselled playthings: corn-fed, blue-eyed boys who are all abs, no soul. Although the leading-man formula is changing—see Chris Pratt’s surprise turn in Guardians of the Galaxy—Driver’s ascendancy adds something different to the landscape.

Audiences typically know how Chris Pine, Jai Courtney or Kellan Lutz might play a certain situation. With Driver, there’s an unpredictable nervous energy: He could save the day or burn the world to the ground. “When he’s on set, he’s crackling. He always comes at you with different takes,” says director Sam Handel, who’s worked with Driver on a series of short films. “It’s easier for the director: You can go any way in the editing process; Adam gives you everything he has.”

The only catch is whether Driver can maintain his highly individual style in a blockbuster world. Plenty have tried—including his Star Wars predecessor, Ewan McGregor—only to get dulled by the CGI bombast. Driver is optimistic. “The scales are huge for Star Wars,” he admits, “but J.J. and Lawrence Kasdan have approached the project as being all about story and character. It’s like the original, where the special effects take a back seat. This is still a long time ago in a galaxy far away, but, at the same time, it’s just about moments, loss and friendship.” All he has to do now is avoid falling over to the dark side.