Animated features take so long, "we actually started recording our voice-overs 11 years ago." 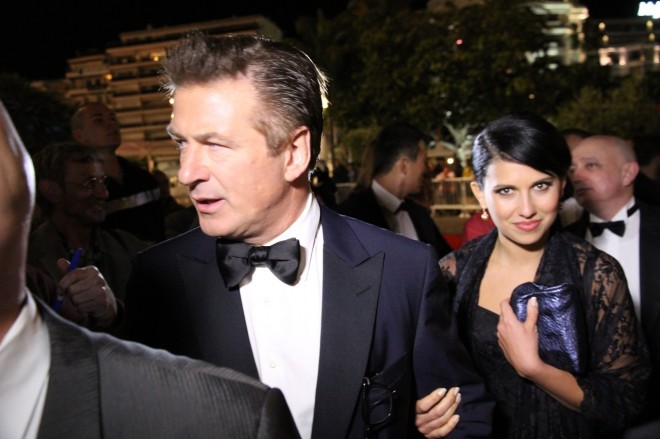 Movies are taken super-seriously in Cannes. But there’s more to Cannes than movies.  Sure, its red staircase is world cinema’s high altar, where auteurs are treated like stars and stars are treated like gods. But Cannes is also Hollywood’s royal court on the Riviera, a circus of deals and drinks and absurdly fancy dinners–a gilded bubble where the film industry’s delusions of grandeur actually seem to hold up.  In Los Angeles, Hollywood doesn’t really exist. It’s just a myth, and a tawdry tourist district in L.A. America’s acme of Hollywood glamour is the Oscars, which is basically a TV show. But Cannes is a movie, a location epic in a fairy-tale setting with a cast of thousands—from the crazy French film fans who jam the Croisette to the festival’s horde of 4,000 journalists. That’s why the stars love to come here. Cannes is the Magic Kingdom where the Hollywood dream is briefly made flesh.

The movie industry’s usual hierarchy is inverted. While high-pedigree art takes pride of place in the festival’s competition, the big studios serve up the sideshow—with movies premiering safely out of competition (Madagascar 3) and publicity stunts for blockbusters. On opening day, a mob of photographers paid homage to The Dictator‘s General Aladeen (aka Sacha Baron Cohen) as he fell off the back of a camel at the entrance of the Carlton Hotel, flanked by two machine-gun-toting babes. Meanwhile, just a block away Alec Baldwin, Chris Pine and Isla Fisher tub-thumped for the animated blockbuster Rise of the Guardians, along with director Peter Ramsey and DreamWorks boss Jeffrey Katzenberg. The movie doesn’t open until Nov. 22, but it’s never too early to jump-start the hype.Based on the The Guardians of Childhood, by Pulitzer Prize-winning author Peter Joyce, Rise of the Guardians is a kind of animated Avengers for kids, in which icons like Santa Claus, Jack Frost, the Easter Bunny, the Sandman and the Tooth Fairy are re-engineered as superheroes who join forces to battle a villainous force of fear and darkness (personified by Jude Law–who else?)

“They’re like the Justice League of Childhood,” Alec Baldwin explained after we saw a lengthy preview of the 3D movie. Baldwin, who voices the role of North (Santa) with the voice of a gruff Russian mobster, served as court jester amid all the earnest promo. When the studio’s French interviewer referred to “Fairy Tooth,” he corrected her, saying, “The Fairy Tooth is a club in lower Manhattan—a place I hung out at in the late ’80s down on Thompson Street.” And as the director waxed on about how much time and teamwork is required to make an animated feature, Baldwin said, “We actually started recording our voice-overs 11 years ago.” Later, he took a crack at Star Trek star Chris Pine, who plays Jack Frost. “Let’s face it, Jack Frost needs to be good looking,” said Baldwin. “Katzenberg insisted he be good looking for purity’s sake. Even though we couldn’t see him on film, the voice actually had to be coming from a good-looking man.”

Addressing the burgeoning genre of children’s animation, Baldwin recalled watching a ton of cartoon features with his daughter (now 16) as she was growing up. He suffered through George of the Jungle 50 times, he said. “I wanted to jump out of the window.” (Who knows, maybe all the repressed resentment over suffering through animated schlock is what led him to unleash that infamous voice-mail tirade against his daughter five years ago)

But as part of children’s “cultural upbringing,” Baldwin conceded, “these films are equal to the books we grew up with.”  And his ultimate take on The Rise of the Guardians was far from cynical: “I’ve done a few of these films, and none are as beautiful as this. It’s really, really beautiful. It reminds me of the old animation cells.” From what I saw of the movie in the preview, I can see what he means. Some of the sequences are exquisite, with a painterly eye for detail that leaves Pixar in the dust. Also, the characters seem to have an unsentimental edge, from Baldwin’s no-nonsense Santa (named North) to a thuggish, boomerang-wielding Easter Bunny (Hugh Jackman speaking with an unmitigated Aussie accent). 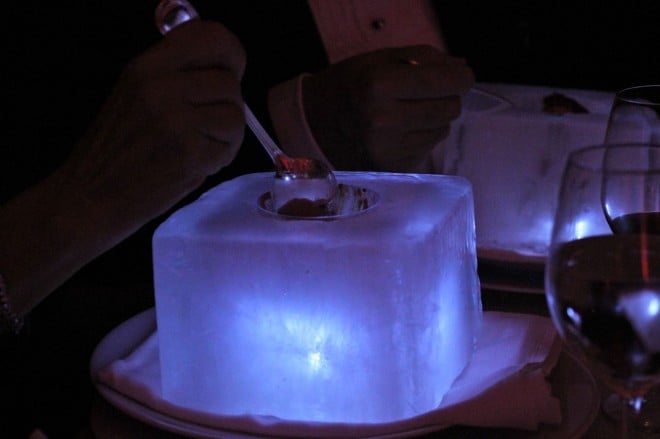 Baldwin is not in Cannes just to promote Rise of the Guardians. He’s shooting a movie here about film financing called Seduced and Abandoned with director James Toback. Baldwin has denied it’s a mockumentary, but it certainly sounds like one. As an insider told me, he and Toback are going around Cannes with a camera crew, trying to drum up financing from billionaires for a movie that doesn’t exist.  At the black-tie dinner for the opening night film, Moonrise Kingdom, I watched Baldwin chat up Harvey Weinstein. An industry maven who overheard their conversation told me he was trying to rope in Weinstein as a distributor, but Harvey turned him down. Myself, I was lost in my dessert, a cache of fresh berries and sorbet that arrived in a glowing block of ice that was slightly smaller than a car battery. Life’s like that in the Magic Kingdom.