All bets are on for royal baby names

Betting agencies all over the world are handicapping the possibilities: here's a summary of the contenders 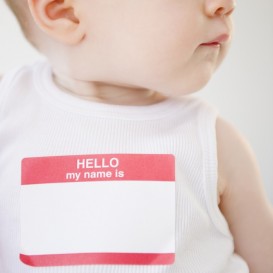 Because the baby growing inside the duchess of Cambridge will, presumably, become Canada’s Head of State, it is the job of every Canadian citizen to celebrate the news, congratulate the happy couple (open a window, shout towards the east) and speculate wildly about the future monarch currently taking up its in utero residence.

Will it be boy or a girl? Will it have shiny hair like its mother? Will it have rosy cheeks like its father? Will there actually be two babies? The question on most people’s minds, however, is what will the baby be called? Betting agencies all over the world are handicapping the possibilities: here’s an alternative summary of baby name prospects.

Elizabeth is the odds-on favourite worldwide, and the choice is really a no-brainer. The Queen has carried the name very successfully for the last 86 years and her mother pulled it off for 101 years, so you can hardly accuse the couple of being “faddish” with this one. Another nice thing about the name “Elizabeth” is that it lends itself easily to nicknames, so Kate and Wills will still have a dozen choices for what to actually call the child, when they’re yelling at it to stop running in the palace, or to put down that jewel-encrusted scepter! Personally, I hope they pick “Beth”. “Beth Wales” sounds like the kind of girl you want to play detectives with at when you’re eight. “Beth Wales” is the type of girl who gets caught smoking in the washroom with you at 17. “Beth Wales” is the type of Queen you want to grab late night pizza with after you’ve had too much Champagne at a State Dinner.

Known to be a bit of a stickler for tradition in her later years at the palace, the late Princess Margaret, younger sister of the Queen, might have been happy to know that her memory would be kept alive. Perhaps the young Margaret will take to policing the halls of Buckingham Palace, making sure everyone curtseys to their rightful superiors, in memory of her late great-great aunt. Diana, for some reason, is also top pick. But Prince William has taken so much trouble to protect Kate from comparisons to his late mother, it would be highly uncharacteristic for him to slap that legacy on his baby daughter. Another favourite is Catherine. The baby could be named after her mother, but not only will this create a confusing excess of Catherines, but with royals living as long as they do, this heir will likely be in line for the throne until she’s in her 70s. Tabloids won’t be able to resist rebooting the “Waity Katy” nickname.

If it is indeed a girl, the baby will be the first princess to be heir to the throne regardless of whether or not any male siblings follow. Why not celebrate this feminist coup by naming the baby after Britain’s legendary warrior queen? Boudicca may not be a direct ancestor, and she may not have successfully purged Britain of its Roman invaders in the year 60 AD, but she was a woman of fire and brimstone, who perched loftily on chariots and “Yell’d and shriek’d between her daughters o’er a wild confederacy”. Who doesn’t want our future Queen to have that legacy?

Without a doubt, our future King will have some or all of “George, David, Andrew, (maybe) Patrick” in his name.  They are the patron saints of the United Kingdom, after all. But what will the “official” name be? What are his friends going to yell out at him on the polo field? The top choice right now seems to be “Charles”, which…. makes sense, unfortunately. The fact is, Prince William loves his father, and doesn’t care that the world thinks the Prince of Wales is kind of boring and has mixed feelings, at best, about his romantic history.

The odds on “Philip” may just be better then the bookies are giving it. Prince Philip is, after all, Prince William’s grandfather. Will and Kate might like to honour the Duke of Edinburg, who has sadly not been in the best of health this past year, with a namesake in his lifetime. The other possibility, besides David, Andrew, etc., is “Henry”. Naming the baby after his uncle Harry might give the child some much needed joie de vivre. That would be something to look forward to.

Sweyn Forkbeard was a Viking raider who, within his short, brutal lifetime, ruled over the kingdoms of Denmark, Norway and, yes, England. Legend has it that his wife, Sigrid the Haughty, married Forkbeard to get vengeance against a spurred suitor who had once struck her with a glove. In retaliation, Forkbeard burned down the suitor’s village and enslaved his family. While he only ruled England for three months (Christmas, 1013, to February, 1014) his son, Cnut the Great and his grandsons Harold Harefoot and Harthacnut, ruled England for 26 years. Sweyn Forkbeard was a man of action and the first, true royal heir born in new millennium deserves a bold choice.