An end to bad hair days at the movies 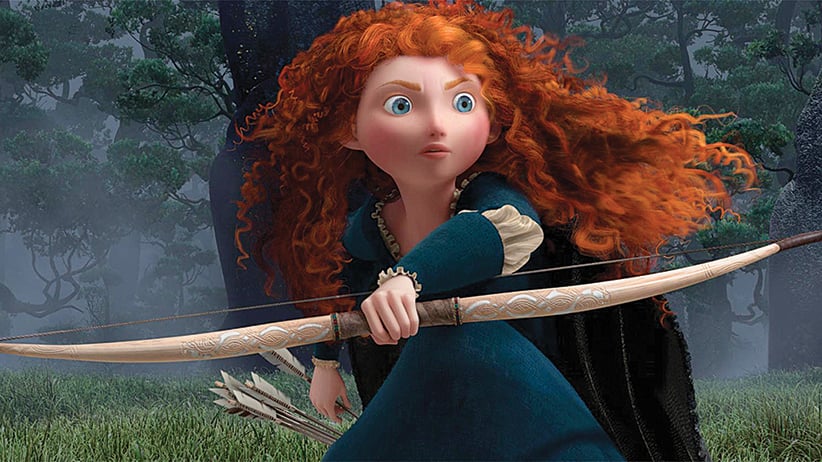 Computer-animated movies have given us fire-breathing dragons, talking toys and a house that drifts through the sky dangling from a bunch of balloons. Yet one seemingly simple feature of everyday life—curly hair—has long been the great white whale of computer animators, who struggled to create wavy, kinky hair that ﬂows and bounces like the real thing. In a paper published last month in Physical Review Letters, French and U.S. scientists have, for the first time offered a solution—a detailed model for a 3D strand of curly hair.

Jay Miller, co-author of the paper, points to the history of CG movies: In Toy Story, the first full-length film animated entirely by computer, many of the (toy) characters are made of plastic and wood, and their hair is equally stiff. As technology improved, hair got better, too: In 2012, the heroine of Brave, Scottish princess Merida, made headlines for her wild red waves—the most realistic depiction of hair yet. Her mane was made up of 1,500 individually sculpted curves, which “determined the behaviour of clusters around them,” and was tweaked by a dedicated team of digital hairstylists, explains Miller, a scientist at Schlumberger-Doll Research in Cambridge, Mass.

Even Merida’s mane could be improved. Miller and his collaborators, who study the behaviour of rods (anything from pipes to noodles to vines), have come up with a solution. They describe how a set of parameters—weight, length, curvature and stiffness—can predict the shape of an individual, three-dimensional piece of hair. (It doesn’t account for the collision of thousands of these on a person’s head, however.) The model applies whether it’s a piece of hair or a pipe used by the oil industry. “We don’t think of these pipes as flexible,” Miller says, “but on long enough dimensions, they behave just like a spaghetti noodle.” In coming years, animated villains and heroines will have more realistic curl and bounce—individual strands of hair that flow and move in a way so realistic, it will convince the most discerning eye.