And the Oscar goes to . . . the pouffy dress

If you’re a costume designer on a subtle modern-era film, don’t bother applying 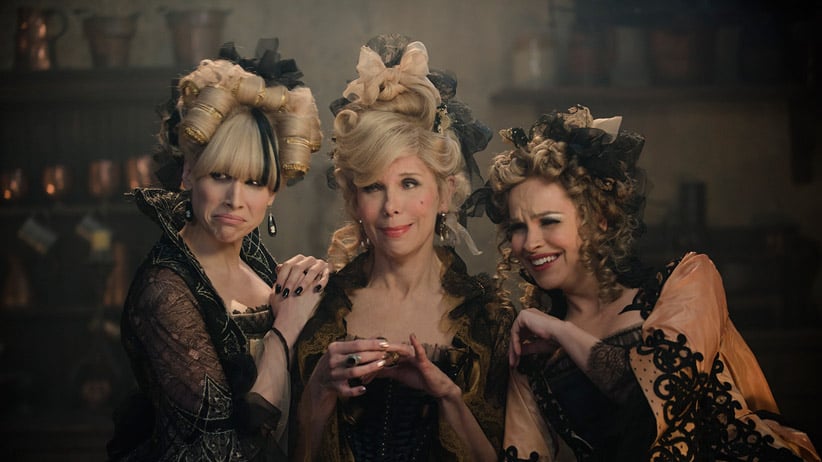 The Academy Awards are often accused of bias. From the dearth of non-white nominees to the shortage of big-studio movies, there’s a bias for everyone to get upset about. But perhaps the most obvious bias in all Oscar voting has tended to go mostly unmentioned: When the awards are handed out on Feb. 22, not one nominee for Best Costume Design and Best Production Design will be a movie with a modern-day setting. The only movies that win these awards are period films or fantasy films; if you make a movie set in 2015, your costume and set departments needn’t even apply.

Since 1967, when these awards assumed their modern form (after being divided into separate categories for black-and-white and colour films), only four modern-dress films have won the Oscar for Production Design. Contemporary costumes have been even unluckier, winning only two: for the 1979 musical All That Jazz, which benefited from incorporating fantasy sequences, and another musical, Priscilla, Queen of the Desert. Other than that, whether the winners are Titanic or Gandhi or last year’s winner in both categories, The Great Gatsby, they’re movies that take place “a long time ago,” as fellow winner Star Wars put it. A contemporary film hasn’t even been nominated for its costumes since 2006’s fashion-fest, The Devil Wears Prada.

People in the business have become too used to this to complain about it much. “Period films and musicals are big, showy affairs and reek of effort and money,” says Paul Sylbert, an Oscar-winning production designer whose credits include Best Picture winners such as One Flew Over the Cuckoo’s Next. His only Oscar for Best Production Design was for Heaven Can Wait, a fantasy-comedy where he got to design an elaborate version of heaven. Jennifer Von Mayrhauser, costume designer for Law & Order and many other New York-based movies and TV shows, agrees that it’s harder for a modern look to impress voters: “It is easier for the general public to judge period clothes, as they look ‘different.’ The brilliance and subtlety of modern clothes is more complicated.”

Contemporary films may have an even harder time getting noticed today, because most movies now try to give the illusion of realism, not glamour. Sylbert was nominated for the 1991 film Prince of Tides, where he designed “a dazzling New York penthouse apartment.” His identical twin brother, Richard, won the last black-and-white Production Design Oscar for 1966’s Who’s Afraid of Virginia Woolf?, whose sets called attention to the way the camera was able to move freely between rooms. The last modern-day film to win the award, Batman, created a stylized city that didn’t seem to belong to any particular time. Today, movies set in the present play down the artificiality; even a movie as fantastic as Birdman goes for a naturalistic look in its sets and clothes. “If modern clothes are really good, they often look so right that you don’t notice them,” Mayrhauser says.

Not that designers work any less hard on modern films; there’s often a lot of artifice the audience isn’t aware of. Sylbert wasn’t nominated for the Best Picture-winning Kramer vs. Kramer, but he says those sets “were as important to the film’s success as anything I have ever done, and the result of a refusal to do what the director wanted.” In this case, he went against realism in the story of a man whose wife leaves him: Although the couple was well-off, Sylbert decided their apartment should be “very small, a prison cell for the wife. But no one gets nominated for such ideas. Such ideas are taken for granted.”

Of course, every designer works in both modes. “Having done both period and modern, I find them both inspiring,” Mayrhauser says. But all seem resigned to the fact that there’s a double standard. The costumes of Elizabeth: the Golden Age won, despite what critic Kathryn Gillett described as clothes “belonging more to the Edwardian era than the Elizabethan,” but no one recognizes the work that went into portraying the modern era of Boyhood. Period movies get the awards, even if, as Sylbert points out, “sometimes, they only require puffing up the pillows in an existing castle. But that’s the game.”