Women come out on top at the Whistler Film Festival

At a festival bent on empowering women, 'Miss Sloane' director John Madden explains how Jessica Chastain's lobbyist is right at home in the Trump Age 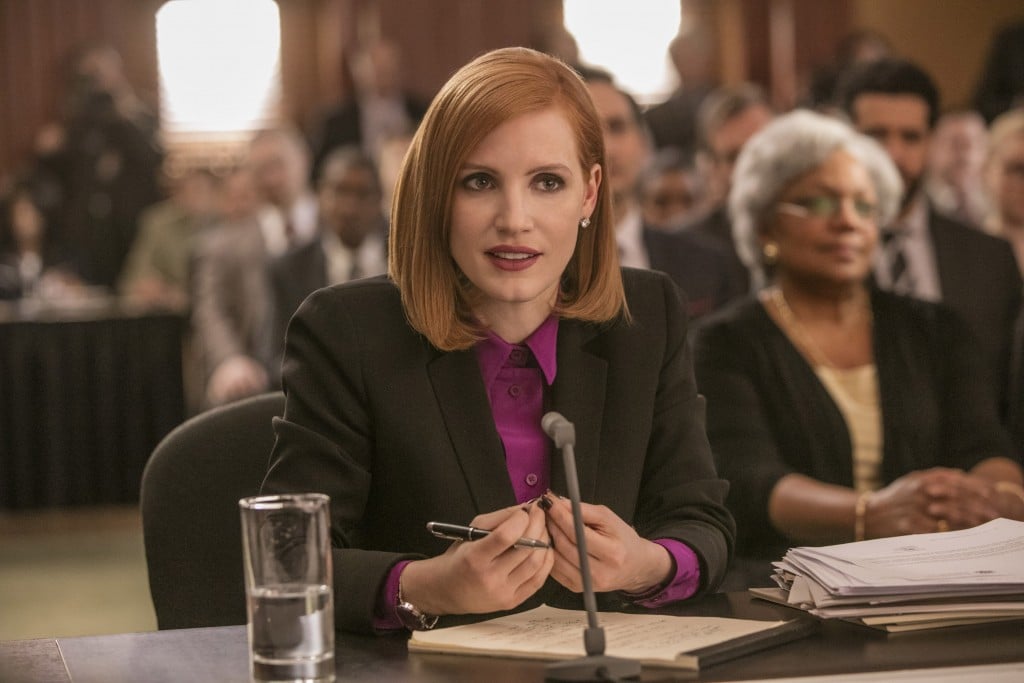 Sundance, Telluride, Whistler: ski towns seem to attract film festivals. And the Whistler Film Festival has turned into the Canadian film industry’s liveliest gathering outside of TIFF. But as the WFF’s 16th annual edition unfolded last week—presenting panels, talent labs and a program of 48 features loaded with 32 Canadian titles—it was hard to ignore that the mountain above us was caked with two metres of snow. So this hardworking critic squeezed in some skiing. But as I took a seat in a packed gondola car early one morning, I realized I was the only one with skis. And the only male. My seven fellow passengers were riding up the mountain with a group of 100 women from the film industry, for an empowering breakfast summit called Women on Top.

Throughout the festival, female directors came out on top again and again. Canada’s Deepa Mehta was honoured with the WFF’s Trailblazer Award. Then as head of Whistler’s Borsos jury, judging 19 Canadian features, she handed its all three of its top prizes to women: Quebec’s Chloé Leriche won best picture and best director for Before the Streets, and the film’s Indigenous star, Kawennáhere Devery Jacobs, took the award for best performance. Meanwhile, Toronto director Fern Levitt shared the documentary award for Sled Dogs, her controversial exposé of animal cruelty in the musher trade.

But Whistler also honoured a man who has devoted much of his career to making movies about women: British director John Madden received the festival’s Maverick Award when he showed up for the Canadian premiere of Miss Sloane. Madden’s films have consistently been powered by strong female leads, from Gwyneth Paltrow in the Oscar-winning hit Shakespeare in Love (1998) to Judi Dench in The Best Exotic Marigold Hotel (2011). Now he’s done it again with Miss Sloane, a political thriller about a tenacious lobbyist played by Jessica Chastain (opening Dec. 9). For a Hollywood movie set in Washington, Miss Sloane also boasts a distinctly Canadian pedigree; it was shot in Toronto, and Canadian actors make up more than half the cast.

Madden insists he doesn’t go out of his way to make movies about women. “It’s more happenstance than anything else,” says the genial 67-year-old director, interviewed in a Whistler hotel suite. “But I must acknowledge that there’s some criteria that draws me to certain kinds of material. I admire the female species more than I admire my own. It’s got to do with the emotional connections and the empathy, and the characteristics they display that leave us in the dark, looking like Neanderthals.” So the female sensibility of the films he chooses to make, Madden concludes, “is not an accident and neither is it intentional. It is related to the way I see the world.” 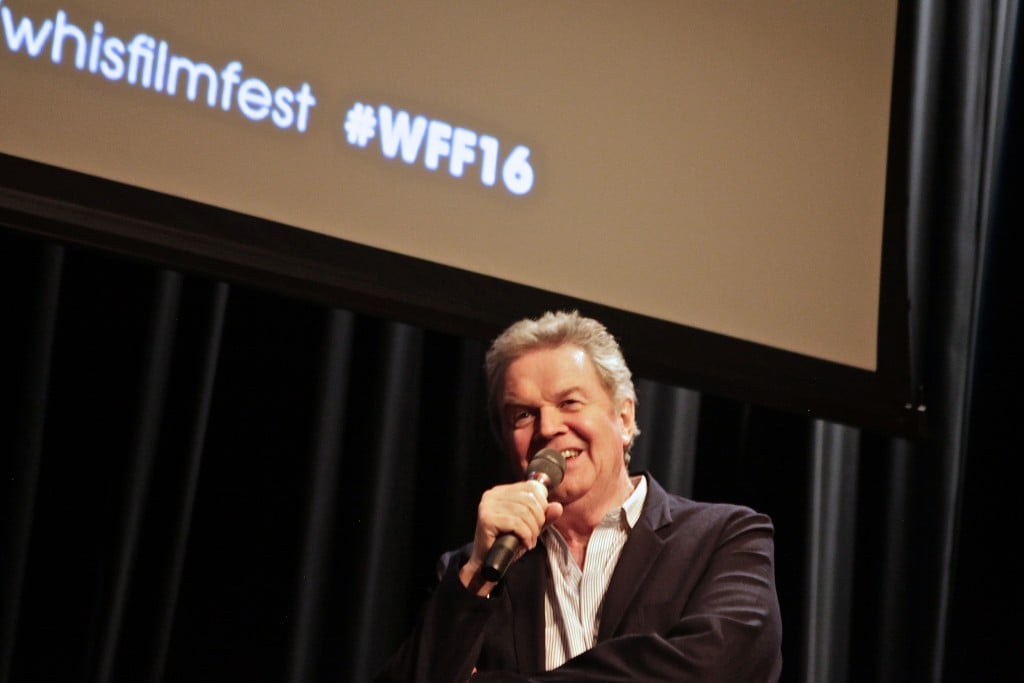 One stroke of happenstance that will affect the way the world sees Miss Sloane is the American election. In the title role, Chastain plays a brilliant and ruthless lobbyist on Capitol Hill who deserts her conservative firm to lobby for the anti-gun movement. Madden was first drawn to the script by its caustic portrayal of the politics surrounding the N.R.A. (though for legal reasons he says “we’re not allowed to say those three initials.”) Expecting the gun issue to loom large in the U.S. presidential election, “we fast-tracked the movie in post-production,” he explains. “Then it turned out not to be a topical issue at all, because it was completely swept aside by the more vulgar and rivetingly bizarre process of mudslinging, until it came down to issues of character and personality. But that, oddly enough, is exactly the topic of the film, and even more specifically the role of women in the political environment.” He says Donald Trump’s “blatant misogyny” has given his movie a whole new spin.

Madden recognizes that Miss Sloane is not the only American movie entering the Oscar race that’s been given a bump in political relevance from the Trump effect. Others include Hidden Figures, based on the true story of three unsung heroines working behind the scenes in the Mercury space program, and Loving, which dramatizes an interracial couple’s historic struggle for the right to be married in Virginia during the 1960s. But Miss Sloane‘s fictional protagonist is hardly a pristine heroine—she pops uppers like Tic Tacs, abuses her staff, and gets her kicks from dispassionate encounters with a male escort.

“She’s a complex character,” says Madden. “In Jessica’s hands, you’re absolutely rooting for her, but there are moments when you recoil from her behaviour. She is a woman who has nothing ‘feminine’ about her, i.e. is not retiring, is not emotional, is not overtly defined by her sexual desirability, who in fact competes entirely on what we would think of as male turf—which is about winning the argument and winning overall.” On the other hand, he adds, “She’s not a character who wants to be defined by feminist views, but by how effective she is at the job. So much so that she has buried all aspects of her womanhood because they’re a distraction.” 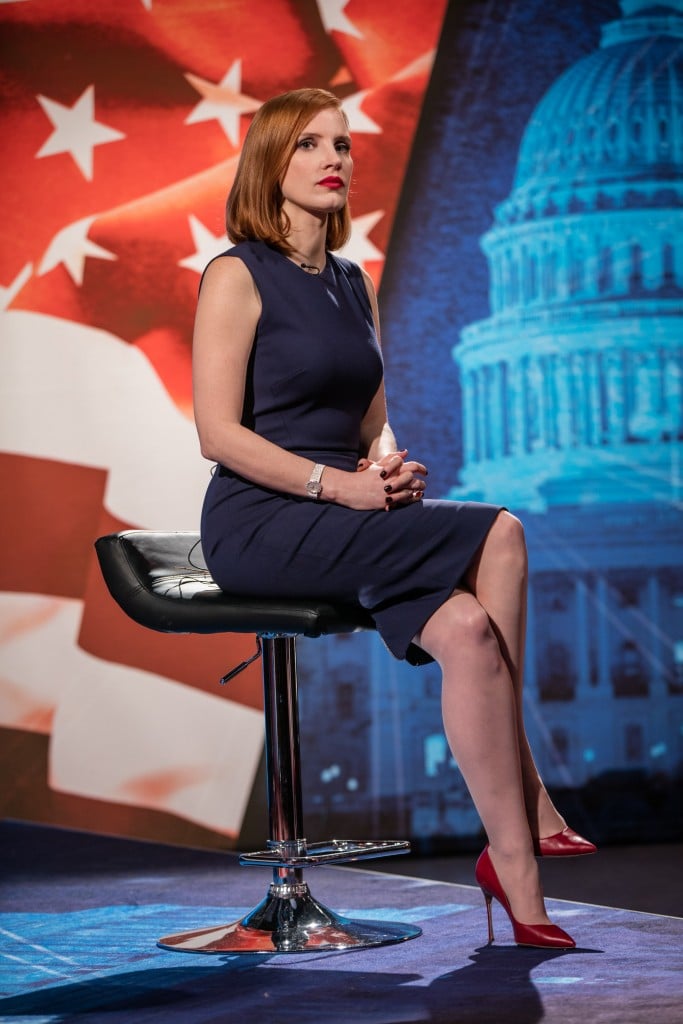 Spitting out venom-tipped repartée from a script that reads like Aaron Sorkin on steroids, Chastain takes obvious relish in the role. Summoning her continued support for Hillary Clinton, the actress wrote in a recent tweet: “Elizabeth Sloane is an overprepared, ambitious, flawed, powerful ‪#nastywoman and I LOVED playing her.” Madden first directed Chastain when she was an unknown, casting her as a young version of Helen Mirren’s character in The Debt (2010). He’d been looking for another chance to work with her ever since. “She’s incredibly smart and has a quiet force of character,” he says. “She has that contradictory quality of those actors who can play a strong person but you see the fragility, or play a fragile person and you can see the strength.”

Offscreen, Chastain is championing women’s rights in Hollywood with a vengeance, as if she has grabbed the baton from Meryl Streep and weaponized it. “Jessica is fearless,” says Madden, “and quite prepared to take a public position on things and deal with the consequences.” After it was recently revealed that Bernardo Bertolucci and Marlon Brando had conspired to ambush Maria Schneider with the infamous “get the butter” scene in Last Tango In Paris, Chastain tweeted: “To all the people that love this film—you’re watching a 19yr old get raped by a 48yr old man. The director planned her attack. I feel sick.” (Her tweet was a tad impetuous, making a misconception go viral—in fact, the sodomy in the movie was simulated and scripted; the only surprise was the butter.) In another tweet last week, the star who earned an Oscar nomination for playing the CIA officer who nabbed Osama bin Laden in Zero Dark Thirty wrote, “Come on ladies! Get into politics. Do you know why the CIA had so many female analysts looking for Osama? Because women can see through BS.”

As for her role in Miss Sloane, as an unscrupulous diva of power politics—an alternate title could be The Lobbyist Wears Prada—Chastain may well snag her third Oscar nomination. It seems unlikely that the film itself will be recognized; its slickly plotted drama lacks the obligatory gravitas. But in trying to forge gripping political drama from politics, Madden admits he had some illustrious films “in the back of my mind,” including All the President’s Men, Spotlight and Michael Clayton—all Academy Award winners. And now that the lobby of Trump’s Manhattan hotel has become a mecca for those seeking favour in his penthouse aerie, the role of the lobbyist has a new showbiz cachet (harking back to the apocryphal story that the word “lobbyist” originated from President Ulysses S. Grant holding court in the lobby of Washington’s Willard Hotel).

The Oscars, of course, have their own wacky politics, and Madden has learned to expect the unexpected. He still remembers his shock at the 1999 Oscar ceremony, where everyone waited for Saving Private Ryan to be anointed Best Picture, right after Steven Spielberg had won Best Director. Madden recalls Harrison Ford opening the envelope and gaping at the result in disbelief, pausing for an eternity before finally announcing the winner: Shakespeare in Love.

Screenwriter William Goldman famously said that in Hollywood “no one knows anything.” But as white male supremacy infects the White House, one thing seems certain. Women are lobbying to push the film business in the other direction. In Canada, agencies such as Telefilm and the National Film Board are aiming for gender parity  in funding filmmakers. And at that breakfast meeting atop the mountain in Whistler, keynote speaker Valerie Creighton, president and CEO of the Canadian Media Fund, promised the CMF would introduce new guidelines in April. In Hollywood, meanwhile, as a new generation of women like Jessica Chastain turn up the heat, it’s clear that the fight for gender equality has gone beyond the Streep-era plea for better female roles, and that glass ceilings will begin to shatter both in front and behind the camera.