Newsmaker: Ava DuVernay and the Oscar snub heard 'round the world

Newsmaker, Jan. 15: The Selma director's lack of an Academy Award nomination may be more important than any of the actual nominations. 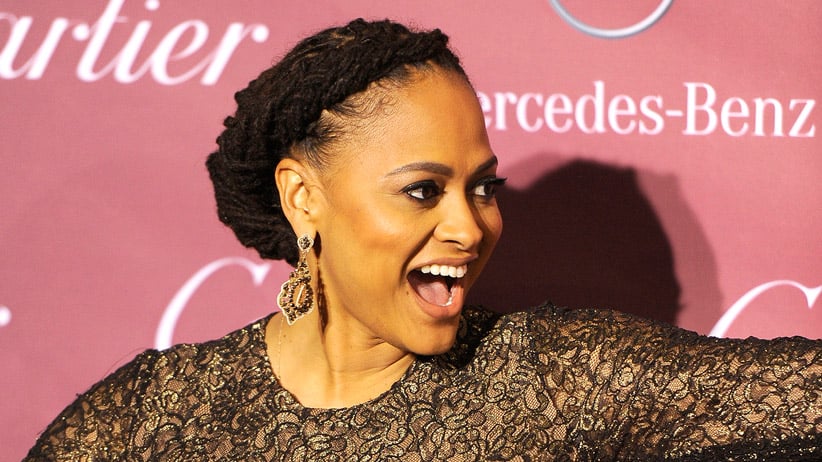 Blame Lyndon Johnson? The Academy Award nominations are out, and the big news may be not any of the people who got nominated, but someone who didn’t. Ava DuVernay, the director of the nominated film Selma, was not one of the Best Director nominees, just as she wasn’t one of the nominees for the Directors’ Guild Award a few days earlier. DuVernay, a black female director in an industry that has very few of either black people or women, could have been a visible symbol of progress; now she’s a symbol of how little progress the movie industry has really made in over 100 years.

Selma originally looked like a candidate for a lot of nominations but wound up getting very few, perhaps because the coverage of the picture got swallowed up by the question of whether it was fair enough to the white president. But while the non-nomination of lead actor David Oyelowo was a major snub, DuVernay’s omission is seen by many as an insult and a missed opportunity. It’s not just that, after a year when “diversity” was one of the biggest buzzwords (sometimes in a self-congratulatory way) among people in show business and online, the nominees once again didn’t have a whole lot of racial or sexual diversity. It’s that DuVernay was snubbed by a nominating branch that is legendarily old, and tends to nominate old white guys like Clint Eastwood. (He was not, however, nominated for American Sniper.) And assuming the LBJ controversy had an effect on the movie’s chances, it’s a sign that a movie was, in part, penalized for telling the story through the eyes of the African-American characters.

This has made people fear for the future of female and African-American directors in Hollywood in general, and DuVernay in particular. “To the extent that one can be ‘angry’ about a certain filmmaker not being nominated for a major award that honors the best in filmmaking, I am angry,” wrote Forbes‘ Scott Mendelson. “I am angry because if the legacy of DuVernay’s Selma becomes shaped by its Oscar-season controversy, I fear that it will affect the artistic opportunities afforded to its African-American female director in a manner different than if Selma would have come under fire under the directorial lens of a white male filmmaker.” As he pointed out, the inaccuracies of The Imitation Game didn’t have any effect on director Morten Tyldum’s nomination chances.

While it’s hard to define exactly what the qualifications are for a directing nomination — the job encompasses every aspect of the film, so it’s hard to separate the direction from the movie — DuVernay unquestionably is not one of those directors who just take a good script and ride it to a good movie. She took over the project from another director (Lee Daniels) and made what could easily have been a worthy, impeccably liberal movie into something that audiences found far more exciting. Unlike, say, Daniels’s The Butler, it actually inspired people as a movie, not just as something whose message is easy to agree with. And, as the LBJ controversy sort of proved, she managed to find a perspective on civil rights history, an attitude to the way the story is told, that hadn’t really been seen in mainstream movies before.

In the end, though, DuVernay’s lack of a nomination may say less about the historical accuracy issue, or the individuals on the nominating committee, than it does about the structural bias in the movie industry. In fact, it could serve as a perfect example of what “structural bias” means. The choice not to nominate DuVernay is, on an individual basis, perfectly justifiable: not enough voters thought she was one of the best directors. Just as the choice not to hire a woman as a director is usually justifiable on its own merits: no two candidates for a job are alike, so there are always reasons why one was chosen over the other. But individually justifiable decisions add up to a collective Hollywood status quo where it’s very hard to get a job as a woman director, or a black director, let alone both. Any individual in Hollywood can say he hasn’t done anything wrong, and be right about that — yet it all adds up to a structure that is increasingly perceived as intolerably biased. In a way, the DuVernay snub may convey the truth about Hollywood more than a nomination would have. After all, if there were a lot more women directors being allowed to work in the business, then a single person’s nomination chances wouldn’t matter so much.

FILED UNDER: newsmaker Newsmaker of the day newsmakers