Behind that Cheshire cat grin 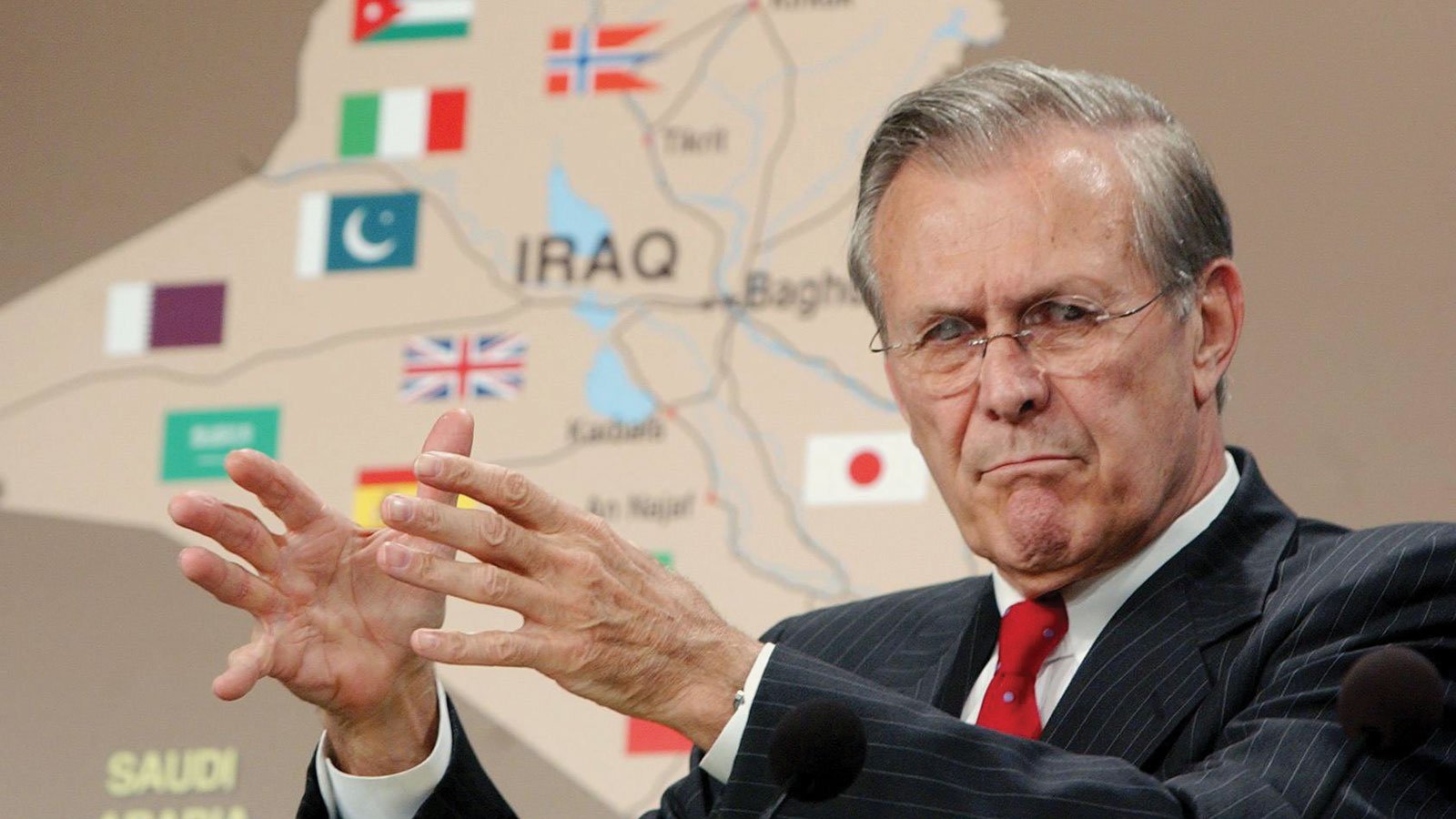 What do you do when you’re face to face with the person you consider one of the greatest villains of the 21st century? If you’re Errol Morris, you shut up and let the man speak. That was the director’s strategy while filming 2003’s The Fog of War—in which he confronts Robert McNamara, architect of the Vietnam War—and it was once again his MO in The Unknown Known, a fascinating and frustrating attempt to humanize Donald Rumsfeld, the former U.S. secretary of defence who led the Iraq war under George W. Bush.

That plan of attack worked well enough with McNamara, earning the director an Oscar, and his subject a redefined legacy. Thanks to Morris’s signature interviewing technique—a sly prodding that builds to subtle interrogation, honed during his work as a private eye in the ’80s—the film coaxed a remarkably candid confessional from McNamara, culminating in an admission of war crimes. It cemented Morris’s reputation as documentary’s high priest, a director who could bring the most recalcitrant subjects to their knees in the search for absolution.

Rumsfeld proved a tougher nut to crack. Whereas McNamara was introspective and open, Rumsfeld is coy and combative. When asked if invading Iraq was the right thing to do, the former Pentagon chief only offers, “Well, I guess time will tell.” Queried about the Abu Ghraib scandal, he shrugs, “In every war, things occur which shouldn’t occur.” At the end of The Fog of War, there is a definitive sense of McNamara’s remorse and guilt, of his humanity. Here we get only Rumsfeld’s Cheshire cat grin. “It’s clear that Rumsfeld has no remorse,” Morris told Maclean’s. “Before we started this process, I gave him a copy of The Fog of War, and he told me he disliked it. He said, ‘That man has nothing to apologize for.’ Rumsfeld is not second-guessing himself. He is absolutely convinced of his own rectitude, the correctness of his decisions. He believes the war was a success.”

Yet Morris simply lets Rumsfeld run wild. Even the title is a famous Rumsfeld quote. Is Morris, the master inquisitor, letting his subject off the hook? “I expected people to say I hadn’t been hard enough on him, that the questions hadn’t been insightful, that nothing new was uncovered,” says Morris, who spent about 33 hours talking with Rumsfeld over the course of a year. “We have an expectation in political-themed documentaries where the director is going to stand in for people who are angry, and I’m sure there are a lot of people out there who would love to seize Rumsfeld by the throat, but it’s not the nature of my enterprise.” Instead, the director thought it was best to let Rumsfeld’s delusions of grandeur speak for themselves.

At one critical point, Morris reads his interview subject a passage from the Schlesinger report, which details the brutality at Abu Ghraib and a migration of policies from Guantánamo to Iraq—information that directly contradicts what Rumsfeld has said just a moment earlier. Instead of playing prosecutor, Morris lets Rumsfeld’s lie hang awkwardly in the air. “In that moment, you’re a chess player—you have various moves open to you,” Morris says. “If you’re creating some kind of dramaturgy, where you want to capture conflict and an altercation between a subject and the interviewer, then do you want to go down that road and ask him to explain? But if the film is an essay on what is going on inside this one man’s head—Is he actually aware of what was just read to him?—well, we just sit there looking at each other.”

It’s an evolution for the director, who was once known for his active and righteous takedowns of everyone from corrupt cops in The Thin Blue Line to Holocaust deniers in Mr. Death. By softening both his interviewing and cinematic styles—The Fog of War and The Unknown Known’s visuals are mostly limited to their subjects’ talking heads, while the music is less obtrusive than in previous films—Morris is stripping away any pretense of entertainment. The cathartic desires of an audience hoping for political comeuppance no longer matter to the filmmaker. Like Rumsfeld, he’s not interested in the truth—only, to borrow a term, the unknown knowns that drive the men who run the world.

‘There are a lot of people who would love to seize Rumsfeld by the throat.’ That’s not Morris’s aim.