From the critical darling 'Boyhood' to a Canadian auteur's Cannes success, Brian D. Johnson picks his 10 favourite films of the year 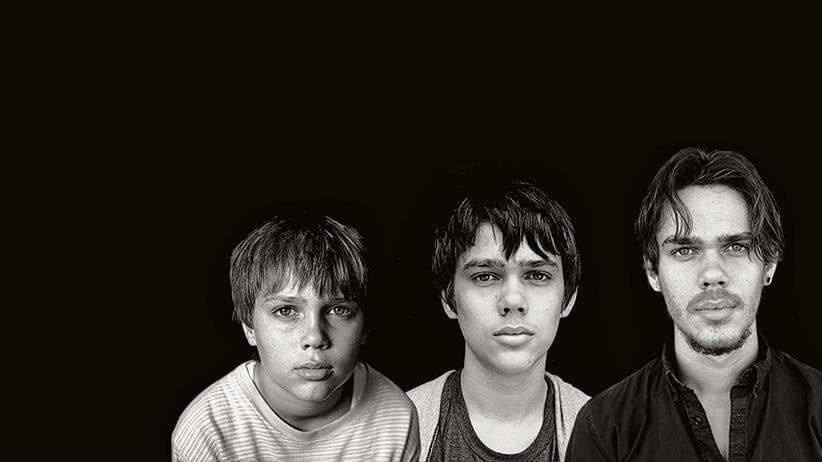 Brian D. Johnson names his ten favourite movies of the year, as part of our Best of 2014 web series looking at the year that was in arts and culture.

With rare unanimity, every film critics group in North America has hailed Richard Linklater’s time-lapse family portrait as the film of the year. I agree. In 2014, a glut of Oscar-pedigree movies, from Foxcatcher to The Grand Budapest Hotel, offered variations on the refrain that “boys will be boys.” But none delivered more emotional truth than this one. Considering the production’s epic reach—casting a six-year-old child and watching him come of age on camera over a period of 12 years—Boyhood’s narrative is almost blissfully uneventful and spacious. That its child star, Ellar Coltrane, grows up to be such a natural actor seems a miraculous outcome, while as his parents, Patricia Arquette and Ethan Hawke navigate character arcs that are no less substantial. American directors like Kubrick, Scorsese and Fincher are often revered for an ability to control every frame of their films. In Linkater’s case, his brilliance lies in taking an unprecedented risk, surrendering to the passage of time, and letting the magic happen.

Wes Anderson invests his trademark whimsy with spectacular ambition to create the most richly entertaining film of his career. It’s certainly his most extravagant. Composed with the cut-gem focus of his Moonrise Kingdom and fired with the zany, spirit of The Fantastic Mr. Fox, The Grand Budapest Hotel is an organic extension of his previous work. But his universe expands dramatically. Set in a fictional Alpine land infested by Nazis and Stalinists, the story unfolds as a nested-doll narrative spanning three generations, each framed with its own aspect ratio. As an over-cultured concierge (with lines like “take your hands off my lobby boy!”) Ralph Fiennes is a laugh riot. Who knew the guy from Schindler’s List and The English Patient could be so funny? 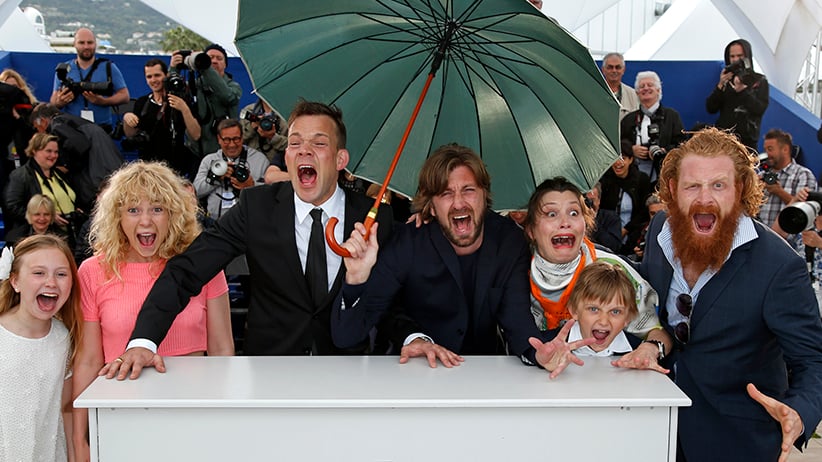 Set at a ski resort in the Swiss Alps, it’s the story of a nuclear family that comes unhinged in the aftermath of an avalanche, which comes dangerously close to hitting the terrace where they are eating lunch. The wife can’t get over the fact that as the snow came at them, her panicked husband bolted from the table, leaving her and their two kids to fend for themselves. Swedish writer-director Ruben Östlund portrays the ski resort as an absurdly alien culture, portraying the lifts and lodges in series of deadpan tableaux. From one moment to the next, we don’t know where the story is taking us. Like the avalanche, it follows an unpredictable trajectory, traversing the edge of drama and comedy, as we appreciate the strange beauty of losing our bearings.

After The Grand Budapest Hotel and Force Majeure, it’s the third film I’ve cited that happens to be set in a snowy mountain resort, and I have no clue what that signifies. Directed by Turkish auteur Nuri Bilge Ceylan, and winner of the Palme d’Or in Cannes, Winter Sleep is set in a remote hotel in Anatolia, run by a retired actor whose marriage is unravelling. Most of the movie takes place indoors, with epic stretches of dialogue and domestic debate, but when we step outside in the snow, the effect is breathtaking, as we enter an otherworldly landscape where houses are etched from caves and cliffs. With a running time of almost three hours, one might expect Winter Sleep to induce exactly that in the viewer, but as the intrigue evolves and the characters deepen, the drama is never less than compelling.

Clocking in at just 80 minutes, less than a third of Winter Sleep‘s running time, Ida is an austere piece of cinematic perfection. Shooting in his native Poland for the first time, British-based filmmaker Pawel Pawlikowski sets his story in the early 1960s, and the movie itself could be an eerie relic of Europe’s New Wave. Ida (Agata Trzebuchowska), an 18-year-old orphan raised in a convent, is on the verge of taking her vows when her Mother Superior insists she meet her one living relative (Agata Kulesza), a hard-drinking judge once notorious as a public prosecutor dubbed “Red Wanda.” Shot in black-and-white, every frame is exquisitely composed, and at its heart is Ida’s pale canvas of a face, with an enigmatic gaze that casts a lingering spell. 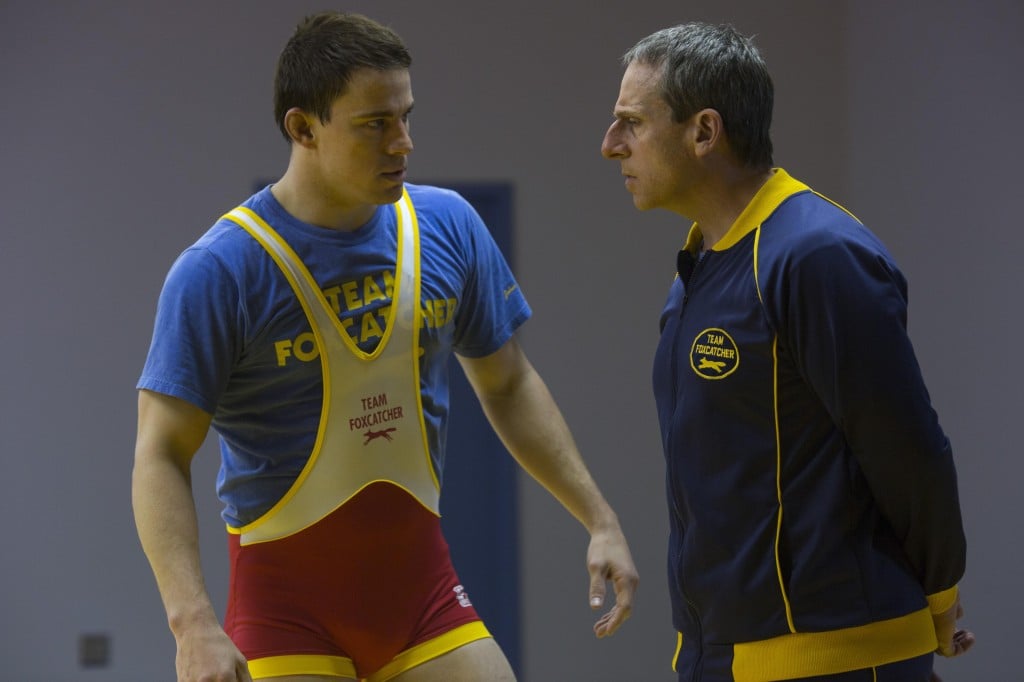 Fans of Capote and Moneyball were perhaps taken aback by director Bennett Miller’s latest non-fiction portrait of unbridled American ambition. Foxcatcher moves at a slow, self-conscious pace, as if all too aware of the fatal end game that lies ahead. This brooding, atmospheric drama is based on the true story of two former Olympic gold-medal wrestlers, Mark Schultz (Channing Tatum) and his older brother David Schultz (Mark Ruffalo), who become involved with psycho tycoon John Dupont, the self-styled coach and sponsor of a U.S. wrestling team preparing for the 1988 Seoul Olympics. An almost unrecognizable Carrell makes a meal of Dupont’s chilly eccentricity, but it’s Ruffalo and Tatum who give the most surprising performances.

The year’s best documentary offers a vérité real-time portrait of NSA whistleblower Edward Snowden as he is in the process of seeing his life undergo an irrevocable change. Director, producer and cinematographer Laura Poitras proves that the secret to making a great documentary is simply being in the right place at the right time. She is in a Hong Kong hotel room with Snowden as he watches the news of his leaks hit the TV news. So much is revealed by those leaks that it would be easy for Poitras to have buried us in data. But she lets the film unfold as a character study, with long silences and lingering close-ups as we watch Snowden come to terms with the dubious blessing of instant celebrity.

The entire film takes place in a car, with just one character on camera. Ivan Locke (Tom Hardy), a construction manager driving his BMW through the night from Birmingham to London. All the dialogue consists of him taking phone calls, as he tries to stop his life from collapsing around him. Locke has abandoned the supervision of a crucial job, the biggest concrete pour of all time, so he can be present at the birth of his child, conceived in an adulterous one-night stand. As Locke juggles calls from the woman in labour, his colleagues and his distraught wife, director Steven Knight’s deft script ratchets up the tension. Affecting a honeyed Welsh accent, Hardy is superb as a micro-manager trying to keep a lid on the chaos from his dashboard cocoon, while soft-focus orbs of highway lights stream by. It’s like a play within a car.

The gimmickry, and the smiley-face ending, threw me off the first time I saw it. But after a second viewing, I feel Birdman has to be on this list.  (I bumped Nightcrawler, my fave guilty pleasure, out of this spot, and parked it with the honourable mentions.) Alejandro González Iñárritu’s backstage tour de force offers some of the year’s most exhilarating performances. Sure, the conceit of presenting the film as a single uncut take—actually a number of long takes that have been deftly sutured—is a stunt.  But it still produces marathon stretches of uncut dialogue, with a theatrical tension geared to the story’s Broadway setting. Ed Norton and Emma Stone are both devastating. And Michael Keaton walks a high wire with his meta portrait of the actor as a washed-up superhero.  Birdman‘s juicy script is rife with satirical insights about acting and writing, so you can expect this showbiz fable to make some waves at the Oscars.

Quebec director Xavier Dolan’s fifth feature sits precariously at the bottom of my list. Having seen it seven months ago in Cannes, I feel a need to give it a second look before making up my mind. But it’s such a raw and intense experience that I’m in no hurry to repeat it. Frankly, I was tempted to replace it with Stéphane Lafleur’s more modest Tu dors Nicole, or Michael Winterbottom’s melancholic road comedy, The Trip to Italy. But no actress this year came close to matching the ferocious performance in Mommy by Anne Dorval, as the mother of uncontainable boy with ADHD (Antoine-Olivier Pilon). With Suzanne Clément as the neighbour who gets pulled into their force field, they made a formidable ensemble. Mommy is Dolan’s fifth feature, an incredible feat for this 25-year-old actor/director/writer/editor. His turbine blend of naïveté and sophistication, expressed with such exuberant style—from the in-your-face soundtrack to the Instagram aspect ratio—adds up to a generational cri de coeur that demands applause.