Blair Witch follows the original's creepy footsteps back into the woods

Can the new 'Blair Witch' possibly live up to the sheer terror of the pioneering 'Blair Witch Project'? 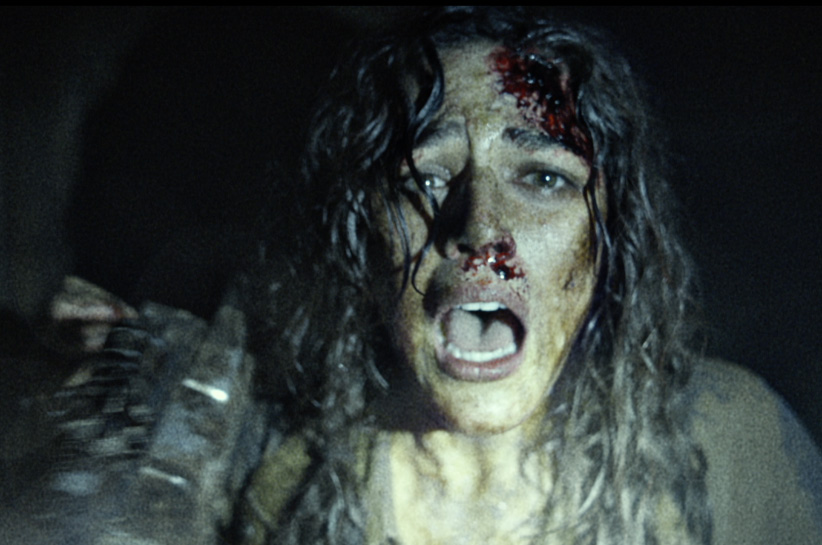 It was nearly two decades ago when strange posters started appearing in cinemas. In bold, white, typewriter-ish lettering, three young people were announced “MISSING.” They had disappeared in the autumn of 1994 while filming a documentary deep in Maryland’s Black Hills, the posters claimed.

Daniel Myrick and Eduardo Sánchez’s The Blair Witch Project, released in 1999, was the first horror film of the new millennium. With its early adoption of online viral marketing and its use of a “found footage” aesthetic—the film, famously, was presented as being recovered somewhere in the woods of Maryland—pioneered filmmaking and marketing forms that have endured, while tapping into a pre-2000 apocalypticism and uncertainty.

Its import is difficult to overestimate, and its impact would seem impossible to replicate. But filmmakers Adam Wingard and Simon Barrett have come frightfully close.

Earlier this year, the trailer for the horror flick The Woods was released. The latest film by the writer-director-co-producer team of Wingard and Barrett—who have distinguished themselves in the recent climate of genre film revivalism—The Woods promised another throwback to familiar storytelling modes. When The Woods was unveiled this summer in a sneak peek screening at the San Diego Comic-Con, viewers were treated to a left-field twist. The Woods was actually Blair Witch: a sorta-sequel, sorta-reboot of Myrick and Sánchez’s 1999 game-changer.

Now, Blair Witch is entering wide release. It hits theatres Sept. 16 following its screening at TIFF. In the current sequel-crazed, franchise-milking filmmaking culture, it’s the kind of movie that may invite excitement and apprehension in equal measure.

“For a franchise film like this to get acceptance, and have a life beyond a flash-in-the-pan opening or home-video release, is rare,” explains Colin Geddes, a TIFF programmer. “When people talk about successful remakes, they’re usually talking about The Fly or The Thing. Nobody talks about Death Race 2000 or House of Wax. So far there’s been no recent reboot that people go back to fondly. Texas Chainsaw Massacre? Nope.”

“There’s nothing more intimidating than doing a new Blair Witch movie that paid respect to the original,” says Barrett. “We have a lot to live up to, and to try and exceed.”

While it may be impossible to surpass the phenomenon of the original Blair Witch Project—which Hollywood likes to call “an unduplicatable event”—in terms of craft, and sheer terror, Barrett and Wingard have succeeded. The film follows James (James Allen McCune), the younger brother of the ill-fated documentarian Heather from the original film. Accompanied by a filmmaker friend, and armed with earpiece-mounted hi-def cameras, James and a fleet of doomed friends trek into Maryland’s Black Hills to meet much the same fate as their predecessors.

“Some people have said our film feels more like a remake than a sequel,” says Barrett. “People said the same thing about [recent Star Wars sequel] The Force Awakens, and Jurassic World, and so on. We felt like doing a faithful sequel necessitated following in the footsteps of the original.”

“We really, really, really, really wanted to make something scary,” says Barrett. “We put a lot of thought not only into the design of our scares, but also making sure that we weren’t scaring you in the same way, so that audiences wouldn’t get used to the same style of scare. We were all about variety, to continue unnerving people.”

If there’s one thing that credibly connects Blair Witch to its 17-year-old predecessor it’s that Wingard and Barrett’s film is handily the scariest horror movie in years. Just when you thought it was safe to go back into the woods.