Boom and doom at the movies 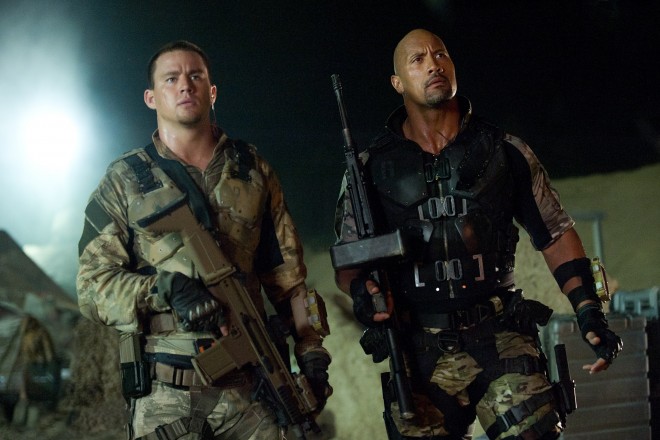 If you’re impatient for the  “sea of fire” promised by North Korea, and would like to see us move toward the apocalypse at a faster clip, Hollywood is in your corner this Easter weekend. In  G.I. Joe: Retaliation, an elite squad of U.S. special forces out-muscle an evil genius who’s trying to blow up the world. It’s an NRA wet dream, a gun-porn action movie for those who found Olympus Has Fallen too quiet and thoughtful. Next to G.I. Joe, the White House siege staged by North Korea in Olympus Has Fallen plays like an Ingmar Bergman movie. 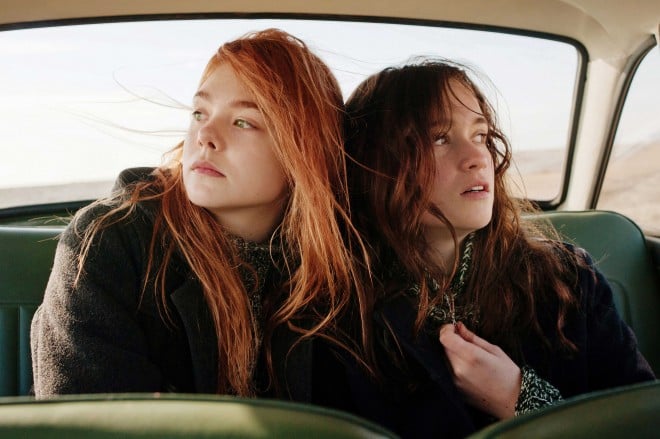 More on that in a moment. But there are are other ways to enjoy the End Of The World this Easter weekend. Sally Potter’s Ginger & Rosa, one of the best films I’ve seen this year, is a riveting story of two teenage girls, who were both born on the day the atomic bomb hit Hiroshima, and whose close friendship implodes under the shadow of the Cuban Missile Crisis. Elle Fanning and Alice Englert are superb as Ginger and Rosa. The movie belongs to these two young women, whose intimacy is rooted in the knowing detail of a script rooted in Potter’s own English youth. Christina Hendricks (Mad Men) makes a fine frustrated housewife, whose Byronic husband (Alessandro Nivola) is busy being free, changing the world—and drawing Rosa into his web. Timothy Spall,  Annette Bening and Oliver Platt fill out a strong supporting cast.

Ginger & Rosa is tinted by nostalgia for the Sixties, but not the Sixties of counter-culture myth. It takes place in 1962, on the cusp of everything that’s about to happen, when the cultural balance was still tipped toward Cold War terror, before the Beatles, before flower power and feminism—before the personal became political. But in this story of young female longing, those two worlds combust. And in the lives of its two naive 16-year-olds,  we see a generation lose its innocence in flight to freedom that pinwheels into tragedy. It’s similar territory to An Education, but less subdued. The story’s emotional vortex gives both Marx and Freud and run for their money.

For apocalyptic tale candy-coated in cool contemporary nihilism, there’s Harmony Korine’s Spring Breakers, a girls-gone-wild story of college coeds enjoying a rampage of sex, drugs, ‘n’ automatic weapons. Whatever ideas pretend to be at work in this über-guilty pleasure are swamped by the director’s flamboyant style, and shock-and-awe orgy that gets tired fast. The esthetic is that of a music video, but the looped dance-beat images of young bodies working so hard to have fun become a chore to watch. Before the long, the movie turns into a numbing trailer for itself. As its four bikini girls on dope ride into the heart of darkness, it turns out that their Kurtz—a drug lord named Alien played played by a southern-fried James Franco—has all the best scenes. So much for the riot girls. With smirking contempt for his characters, Harmony Korine splits the difference between satirizing youthful decadence and exploiting it, leaving us squarely in the middle of the road, dazed and confused.

For more on Ginger & Rosa and Spring Breakers, as well as two other new films about young women—The Host, The Sapphires, and Beyond the Hills, watch later today for my story: Girls Gone Wilder. And for a less dismissive view of that bikini outlaw flick, check out this thoughtful, provocative piece from Jessica Allen: What is it about Spring Breakers?

Now, more details on one of the most unimportant pictures of our time: 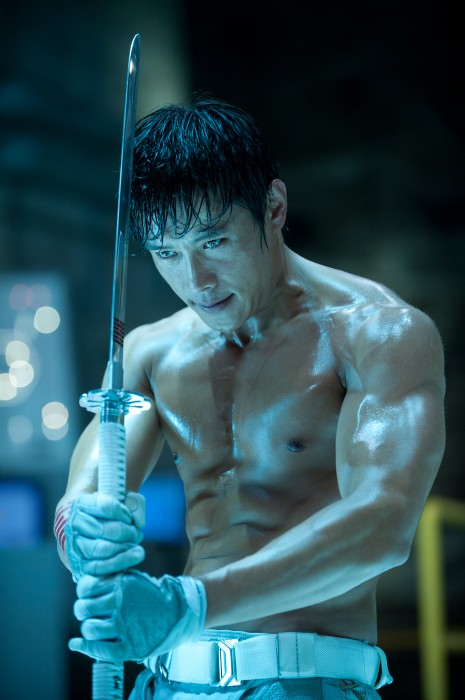 G.I. Joe: Retaliation, based on the Hasbro video game, is a sequel to G.I. Joe: The Rise of Cobra), with Jonathan Price reprising his role as U.S. President—though in this case, he also plays the villain, who is impersonating the president while the genuine article is imprisoned in a bunker. (You know there’s something rotten in the state of America when we’ve seen two U.S. presidents held hostage underground one week after another.) Despite his star billing, Channing Tatum plays a relatively minor role  as the commander of the elite U.S. military team, the G.I. Joes.  Dwayne Johnson carries the movie on his colossal shoulders. The man’s pyramid-shaped physique is a true wonder of the world; he has to be the most phenomenally muscled action hero since the young Schwarzenegger. Actually, he’s more impressive, because he’s less of a robot; the muscles don’t get in the way of his movement.

Come to think of it, the movie is not all gun porn. There’s a helluva of a lot of glistening beefcake on display among the stars, who appear to take all their acting classes at the gym. While Johnson has biceps like hams—big guns to rival his big guns—D.J. Cotrona, another brother in arms, seems t specialize in abs. Then there’s Byung-Hun Lee, as martial arts ace Storm Shadow, who likes to do his samurai dance stripped to the waist. This must be one of the most homoerotic pageants since Charlton Heston got all greased up in Ben Hur. Bruce Willis also joins the team, as a general who comes out of retirement to add some piss and vinegar to the pageant, but I guess he’s old enough that doesn’t have to strip. Bruce just has to be Bruce, and everything stops when he gets to uncork a caustic one-liner. In a movie like this, when dialogue breaks out, it’s a head-turning event.

Now I won’t get all snotty and quibble about the acting, which is minimal, or the script, which is laughable. This is an action movie, after all, albeit one that is strangely subdivided into Eastern and Western divisions. The martial arts side of the movie, which has some graceful scenes of ninjas flying around Asian monastery cliffs, has its moments. But the main course—endless barrages of gunfire and pyrotechnics—is tedious. Compounding the problem is the fact that the movie is in 3D. It’s shot in that gimmicky poke-the-viewer in the eye style, with broken images flying off screen and landing orphaned in the audience.  G.I. Joe is also a case study in how 3D visuals tend to disintegrate as they accelerates. The images are constantly shattering, like fragmentation bombs of CGI. It’s as if the movie is trying to destroy everything in sight, itself included.

They say modern warfare has become like a video game. The same holds true of the modern action movie. Given that it’s based on a game, that may seem only natural. But even if you love guns, it’s hard to see merit in a picture that’s all ammo and no aim. 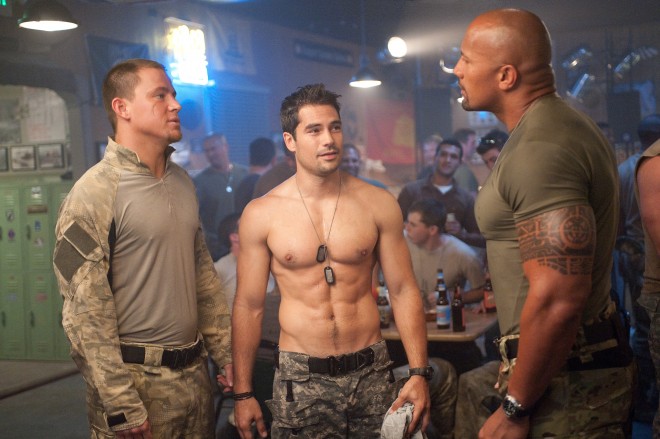