Bound for glory: Five Olympic movies we'd like to see

Eddie the Eagle is the latest addition the stable of Olympic movies. Here are some more options for future adaptations 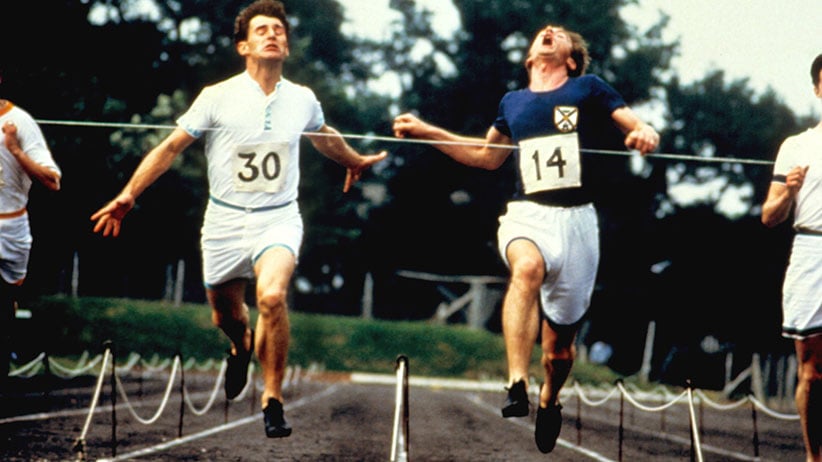 Faster, higher, stronger, bigger box office. When scriptwriters are looking for feel-good fodder, they frequently turn to the Olympic Games and the inspirational struggles of athletes chasing glory on the world stage. Chariots of Fire, a drama about British sprinters at the 1924 Paris Games, is probably the champion example, having won the Oscar for Best Picture in 1982. But the canon is sizeable, stretching from 1969’s Downhill Racer, starring Robert Redford and Gene Hackman, to 2016’s Race, the tale of Jesse Owens’s four gold medals at the 1936 Nazi Games in Berlin. The quality also varies widely: 1985’s Gymkata, starring real-life gymnast Kurt Thomas, may well be the worst movie ever made.

The latest addition is Eddie the Eagle, a kind-of-true retelling of British ski-jumper Eddie Edwards’s improbable ascent to global celebrity at the 1988 Winter Games. (Spoiler alert: he wasn’t any good, and no one in Edwards’s camp looked remotely like Hugh Jackman.) Weirdly, it’s the second movie about lovable losers from the Calgary Olympics, crossing the line more than two decades behind Cool Runnings, the 1993 Disney hit about the Jamaican bobsled team. (Or even the third, if you count The Cutting Edge, a 1992 rom-com about a women’s figure skater who fails in Cowtown but then pairs up with an ex-hockey player and wins gold at the Albertville Games.)

Still, there’s lots more quality material for Hollywood to mine. Here, as a public service, are five more Olympic movies in waiting.

It was the British press who saddled Eric Moussambani with the nickname “Eric the Eel” at the Sydney Games in 2000. But the swimmer from Equatorial Guinea was more like a stone, finishing his 100-m freestyle heat in 1:52.72, taking twice as long as the top competitors, and even behind the world record time for the 200-m race. To be fair, Moussambani had only taken up swimming eight months before, and had never before been in a 50-m Olympic pool, having trained in a lake. His teammate, Paula Barila Bolopa, fared even worse in Sydney, finishing the women’s 50-m race in the slowest time in Olympic history—1:03.57. Maybe that’s why Moussambani was named the coach of the Equatorial Guinea swim team in 2010.

The Massacre on Ice

The 1948 men’s Olympic hockey tournament in St. Moritz, Switzerland, ended with the then-customary gold for Canada. But the Italian squad set a benchmark for futility. Over eight games, the amateur players allowed 156 goals and scored just 24, enduring several unimaginable blowouts, including a 31-1 loss to the USA, a 23-0 shellacking by Sweden and a 21-1 humiliation from Canada. Yet, the Italians didn’t finish last. That dishonour went to the Americans, who sent two teams to Switzerland—one pro and one amateur—and were almost sent home. In the end, the amateurs were allowed to take the ice, with the understanding that they would be disqualified from medal contention, despite their 5-3 record.

Prince of the Mountain

Hubertus von Hohenlohe is a German prince, but he has represented Mexico at six Winter Games, often as the country’s only athlete. The photographer, bon vivant and pop singer—he goes by the names Andy Himalaya and Royal Disaster—was actually born in Mexico City, where his father ran a Volkswagen factory. But he has hardly lived there since the age of four, residing mostly in Vienna. In his youth, he was actually a fairly decent skier, finishing 38th in his debut Olympic downhill at the 1984 Sarajevo Games. But his performances have dropped off over the years. In Vancouver, he came in third to last in the slalom, 46th place. In Sochi, where he was the oldest competitor at age 55, he crashed out. However, he deserved at least an honourable mention for his body suit, which was designed to look like a mariachi outfit.

Philip Boit was an aspiring middle-distance runner in Kenya when shoe-giant Nike came looking for an athlete to change disciplines, and seasons. So just two years after he first saw snow and strapped on skis, the 26-year-old found himself competing in Nagano, Japan. Boit finished dead-last in the 10-km classic race, placing 92nd, some 20 minutes behind the leaders. But Norwegian great Bjorn Daehlie, who had won his record sixth Olympic gold medal, was there waiting for him with with warm congratulations, having delayed the medal ceremony. The gesture of sportsmanship captured global attention, and inspired some suspicion—both men were Nike-sponsored athletes. But the friendship is real. Boit, who continued to compete internationally until 2011, named his first-born son Daehlie, and the two former Olympians still get together at ski charity events and reminisce.

The Long and Winding Road

Canada’s Paula Findlay was among the world’s best female triathletes coming into the London 2012 Games, having captured five golds on the international circuit in 2010 and 2011. But a hip injury and a then-undiagnosed iron-deficiency robbed her of a chance for a place on the podium. Instead, she hobbled across the line in last place, 52nd overall, sobbing from the pain and effort. Almost four years later, Findlay is still struggling to find her form: Last season held some early promise, but ended with knee surgery and a coaching change. Soon the 26-year-old Edmontonian will mount a final effort to qualify for the Rio Games. But if she were to make the team, and then regain the magic, it would be a comeback for the ages—and a script that writes itself.