Can a new Sin City thrive in an all-digital world?

The first Sin City was radical and hugely influential. Maybe too much so. 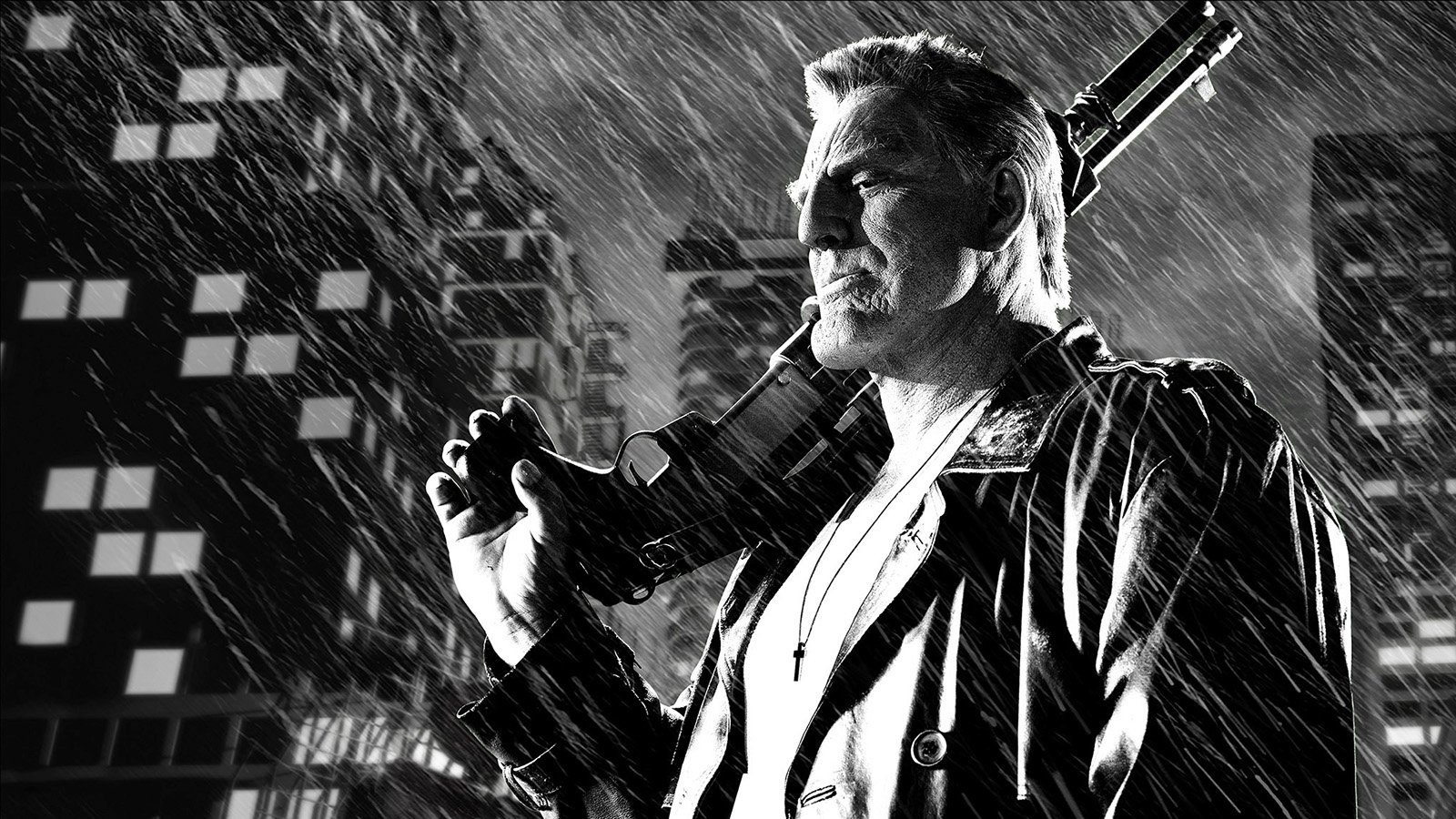 In the early days of 2005, director Robert Rodriguez delivered a dirty little piece of pulp called Sin City. Based on Frank Miller’s series of graphic novels, the film was a collection of brutal vignettes focused on death, sex and sexy death. It wouldn’t have distinguished itself from Rodriguez’s typical grind-ish wheelhouse (Once Upon a Time in Mexico, From Dusk Till Dawn) were it not for the film’s unprecedented visual style. Less an adaptation than a direct translation of Miller’s neo-noir work, the project stayed more faithful to its source material than any comic-book movie had ever attempted, right down to its evocative black-and-white cinematography, which was frequently punctuated with splashes of red and yellow to signal the blood and guts spilled by its various lowlifes.

The ﬁlm was more than an exercise in comic-book devotion, though, with Rodriguez and Miller (who earned a co-directing credit) using Sin City to pioneer the concept of a digital backlot. Actors worked with little else but green screens and high-definition digital cameras, allowing the ﬁlmmakers to add whatever outrageous comic-like images they wanted in post-production. (The technique also helped cut corners; the $40-million film would have cost double had location scouts, physical sets and lighting crews been necessary.) Sin City’s all-digital aesthetic immediately wowed critics. Roger Ebert praised its “uncompromising and extreme brilliance,” while the Cannes Film Festival awarded the film a special prize for its “visual shaping.” One film critic for the Tribune newspaper chain went even further, lauding Miller and Rodriguez for pushing the genre to its limit: “There will be no reason for anyone to make a comic-book film ever again.”

Oops. Nearly a decade later, multiplexes are drowning in comics—29 comic-book movies are scheduled between now and 2020—and digital backlots (Avatar, the 300 series) are the norm. Into this evolved cinematic environment walks Sin City: A Dame to Kill For, a sequel that boasts a bigger cast, bloodier set-pieces and more of actress Eva Green than anyone has a right to expect. While the film could be a late-August hit in a summer that sorely needs one, it risks appearing redundant to audiences familiar, even bored, with its once-revolutionary vision. Can Sin City stand out in an all-digital world?

Rodriguez hopes so, and insists the ubiquity of the style he fostered only makes his new film stronger. “Before the first Sin City, there were maybe two digital screens in the whole country. The cameras were like mop buckets, they were so hard to move around—but now they’re like Ferraris,” he told Maclean’s. “Everybody working on the sequel knows so much more.”

That technical expertise extends to the cast. “Bruce Willis and Jessica Alba, they were great in the first movie, sure, but they were confused about the process,” says Miller. “The performers had a much clearer idea this time about where they sit with these digital layers of filmmaking. I was surprised how much better the acting was.” Rodriguez notes scheduling conflicts prevented some actors who share scenes—such as Mickey Rourke and Josh Brolin—from even shooting at the same time. “Usually when you work on a movie, the film is 90 per cent done by the time you call ‘action.’ With Sin City, it’s only 10 per cent—there’s so much more to accomplish after filming,” he says. This process, too, may help to distinguish the film.

Still, by the time Alba’s stripper writhes once again for a bar full of killers or Rourke’s sociopath strolls through an artfully composed thunderstorm, the Sin City shtick loses its charm—a case of hardboiled déjà vu. Take away the monochromatic violence and all you’re left with is more brooding anti-heroes and exposition-laden dialogue.

A quicker road to the screen may have helped. After all, the sequel has been teased ever since the first film’s opening weekend, with various casting announcements (Johnny Depp! Angelina Jolie!) coming and going as the years went by. “Everything has its own clock, and the financing and actors aren’t available magically,” says Rodriguez. “We always kept it alive in our minds. We just had to start over.”