Can Spielberg bridge the abyss between Hollywood and Cannes?

Brian D. Johnson on what to expect from a Spielberg jury 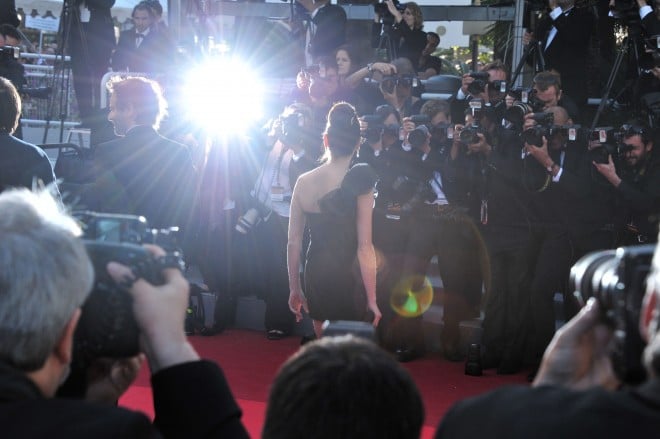 For those of us who make the annual spring pilgrimage to the Riviera, today’s news that Steven Spielberg will head the jury at the 66th annual Cannes festival comes as a bit of a shock. In recent years, Hollywood has become increasingly estranged from Cannes. American studios still use the festival to premiere timely blockbusters, but after being burned by Cannes juries too many times, they tend to keep their films out of competition. And while Hollywood stars still flock to Cannes each May, they’re often promoting non-mainstream movies—such as Tree of Life (2011) and Killing Me Softly (2012), which both drew Brad Pitt to the Riviera. As the gulf widens between the American studios and the kind of auteur cinema celebrated at Cannes, for many critics no one epitomizes Hollywood’s Evil Empire more fundamentally than Spielberg, except perhaps George Lucas.

But to be fair, Spielberg is an auteur in his own right. Perhaps his biggest influence is Kurosawa. And he has developed a signature style that has been hugely influential, as sentimental as it may be. He’s also sentiment about cinema. He is one of the last major American directors still stubbornly shooting on 35 mm film. Lincoln was one of 2012’s most literate American films. And even though he pioneered the sci-fi blockbuster, even he must feel a bit left behind by the juvenile onslaught of comic book sequels, prequels and reboots.

Spielberg, 66, has some history with Cannes. While he has never won a Palme d’Or, he unveiled his first feature, Sugarland Express (1974), at the festival. And in 1982 E.T. the Extraterrestrial premiered in Cannes as the closing night gala, which is hard to imagine. Closing night is an unenviable slot at any film festival, because it’s too late to generate buzz, so you rarely see a good or important film on the final day. Talk about an exception to the rule.

With E.T, said Cannes president Gilles Jacob, “ties were made of the type you never forget. Ever since, I’ve often asked Steven to be jury president, but he’s always been shooting a film. So when this year I was told ‘ET, phone home’, I understood and immediately replied: ‘At last!’ ”

“Steven Spielberg accepted in principle two years ago,” said Thierry Frémaux, the festival’s  general delegate and de facto artistic director. “He was able to make himself available this year to be the new jury president and when meeting him these last few weeks it has been obvious he’s excited about the job. Because of his films, and the many causes he holds dear, he’s year-in year-out the equal of the very greatest Hollywood film-makers. We are very proud to count him among us.”

For his part, Spielberg said: “My admiration for the steadfast mission of the festival to champion the international language of movies is second to none. The most prestigious of its kind, the festival has always established the motion picture as a cross-cultural and generational medium.” He added: “The memory of my first Cannes film festival, nearly 31 years ago with the debut of E.T., is still one of the most vibrant of my career. For over six decades, Cannes has served as a platform for extraordinary films to be discovered and introduced to the world for the first time. It is an honour and a privilege to preside over the jury of a festival that proves, again and again, that cinema is the language of the world.”

A Spielberg jury will likely be more disposed towards narrative-driven, audience-friendly films, and less likely to embrace the more formal art house fare that is a Cannes specialty.  The programmers of the Cannes festival (May 15-22) like to wait as long as possible to lock in their schedule. Hopefully Spielberg’s presence will encourage Hollywood to enter the fray of competition this time around, and we will see something of an entente cordiale between two solitudes of world cinema.