Each new member's voting status will now last 10 years, and will be renewed if that new member has been active in motion pictures during that decade 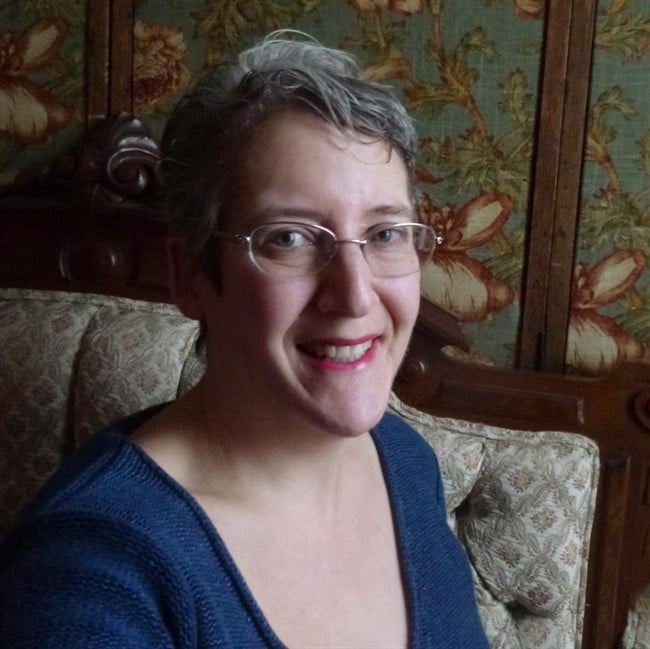 Burlington, Ont.-based Nancy Beiman, shown in a handout photo, is a Sheridan College professor and member of the Academy of Motion Picture Arts and Sciences in the short films and feature animation category. (CP)

TORONTO – A Canadian member of the Academy of Motion Picture Arts and Sciences is concerned that diversity reforms will discriminate against older members with important perspectives.

Burlington, Ont.-based Nancy Beiman, a 20-year member in the short films and feature animation category, has written a letter to academy president Cheryl Boone Isaacs to voice her opposition to changes in members’ voting status.

On Friday, the academy announced that “beginning later this year, each new member’s voting status will last 10 years, and will be renewed if that new member has been active in motion pictures during that decade.”

The statement adds: “Members will receive lifetime voting rights after three 10-year terms; or if they have won or been nominated for an Academy Award. We will apply these same standards retroactively to current members.”

The changes come after two straight years of all-white acting nominees and public outcry over a lack of diversity. Some Hollywood stars, including director Spike Lee and actors Will Smith and Jada Pinkett-Smith, have said they will not attend the Oscars on Feb. 28.

Beiman said she felt “shock and hurt” when she received the directive, noting it didn’t define what “active in motion pictures” means.

“It is a poorly thought out, poorly designed and highly divisive ruling which was done without consulting any of the membership,” she told The Canadian Press on Monday.

The Sheridan College professor is concerned the changes could exclude people like herself who have been working in the industry for the past decade but haven’t received screen credit.

“Since 2005 I’ve been working in related fields (teaching, writing) and freelancing on films for which I do not receive screen credit. I’ve been a script doctor, character designer, and storyboard artist on three unproduced theatrical pictures,” Beiman, 58, wrote in her letter to the academy, noting she’s been a professional animator for 37 years.

“What does my resume or that of any other member of AMPAS have to do with who is nominated for Oscars? Nothing. The membership’s experience is not the problem. The nominating system is flawed, but the blame is put on older members rather than the voting process.”

The academy did not immediately respond to a request for comment on Beiman’s letter.

Oscar-winning Canadian director Norman Jewison understands her concerns but he also sees the benefits in the change.

“I can understand the desire of the Academy to get younger members,” he said, noting the academy has a “problem of having too many older, white males.”

“I think the average age of the academy voting membership is 63, which is quite old, which means that a lot of the voters are those people who have retired or at least are not that active in the industry. I think this is what they’re trying to fix.”

But Beiman said the directive is particularly unfair to those in genres such as hers, where it can take many years for a film to hit theatres. For instance, she worked on a yet-to-be-released film for which she’s supposed to receive onscreen credit as a character designer.

She also noted that as one of the female members in her category she’s also a minority.

“Am I not contributing to the ‘diversity’ of this organization?” she wrote. “Women are shockingly under-represented in craft, technical and directorial nominations every year… I resent being discriminated against in this matter. I’ve had enough of that in my career. Two wrongs do not make a right.”

Beiman is worried women “are going to get hit very hard” by the changes.

“I don’t even know how many there are in other categories, but in animation, it’s going to pretty much decimate us,” she said, “because quite a few of the older animators are not working in theatrical features anymore. So if they define it only as theatrical features, then they will be out.

“A woman (on career hiatus) raising a family would have a distinct problem.”

The academy says members who don’t qualify for “active status” will be moved to emeritus status, which will not require dues and will offer all the privileges of membership, except voting.

Beiman said voting is the only privilege she enjoys. Living in Canada, she’s unable to take advantage of free screenings, lectures and other academy amenities offered in California.