Carrie Fisher has died at 60

Actress, writer and mental-health advocate was best known for her portrayal of Princess Leia 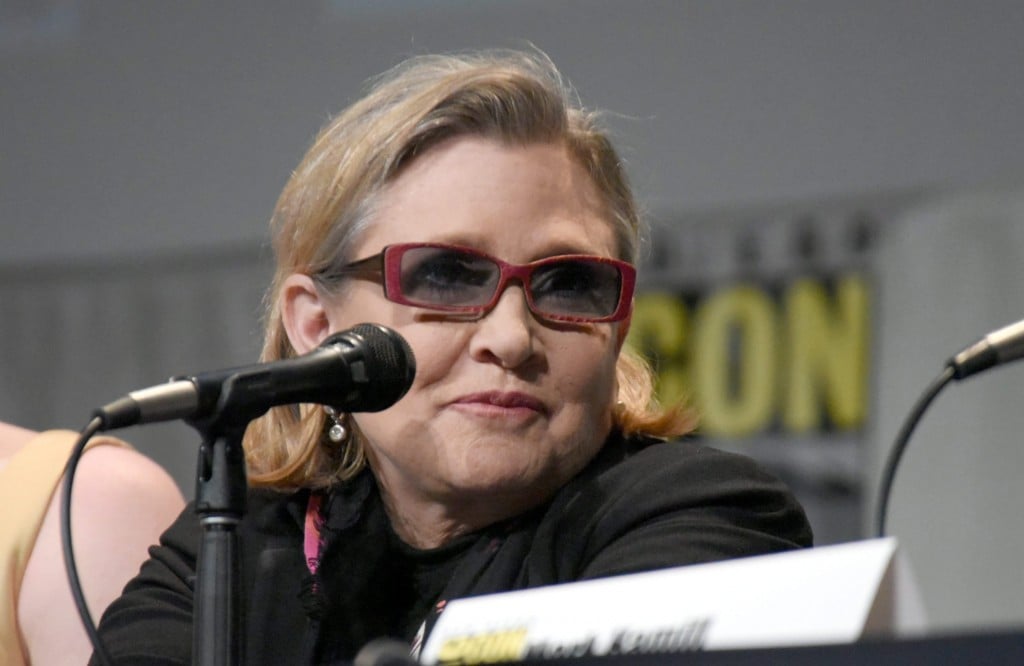 LOS ANGELES—Carrie Fisher, a daughter of Hollywood royalty who gained pop-culture fame as Princess Leia in the original Star Wars and turned her struggles with addiction and mental illness into wickedly funny books, a hit film and a one-woman stage show, died Tuesday after falling ill aboard a flight last week. She was 60.

“It is with a very deep sadness that Billie Lourd confirms that her beloved mother Carrie Fisher passed away at 8:55 this morning,” read the statement from publicist Simon Halls. “She was loved by the world and she will be missed profoundly.”

Fisher, the daughter of actress Debbie Reynolds and singer Eddie Fisher, had been hospitalized since Friday, when paramedics responded to a report of a patient in distress at Los Angeles airport. Her family gave no details on the emergency, but media reports said she had suffered a heart attack.

“Thank you to everyone who has embraced the gifts and talents of my beloved and amazing daughter,” Reynolds wrote on her Facebook page Tuesday. “I am grateful for your thoughts and prayers that are now guiding her to her next stop. Love Carries Mother.”

She made her feature film debut opposite Warren Beatty in the 1975 hit Shampoo, and also appeared in Austin Powers, The Blues Brothers, Charlie’s Angels, Hannah and Her Sisters, Scream 3 and When Harry Met Sally.

But Fisher is best remembered as Princess Leia in the original Star Wars in 1977 with her now-iconic braided buns, who uttered the immortal phrase, “Help me Obi-Wan Kenobi, you’re my only hope.” Fisher played a part in which she was tough, feisty and powerful, even if at one point she was chained to Jabba the Hutt. (She reprised the role in Episode VII of the series, Star Wars: The Force Awakens in 2015, and her digitally rendered image appears in Rogue One: A Star Wars Story.)

“Carrie was one of a kind … brilliant, original. Funny and emotionally fearless. She lived her life, bravely,” Star Wars co-star Harrison Ford said in a statement.

Fisher long battled drug addiction and mental illness. She said she smoked pot at age 13, used LSD by 21 and was first diagnosed as bipolar at age 24. She was treated with electroconvulsive therapy and medication.

In 1987, her thinly veiled autobiography “Postcards From the Edge” became a bestseller. It became a 1990 film starring Shirley MacLaine and Meryl Streep.

More books followed: Delusions of Grandma, Surrender the Pink, The Best Awful, Shockaholic and this year’s autobiography, The Princess Diarist, in which she revealed that she and co-star Harrison Ford had an affair on the set of Star Wars.

Ever ready to satirize herself, she has even played “Carrie Fisher” a few times, as in David Cronenberg’s dark Hollywood sendup Maps to the Stars and in an episode of Sex and the City. In the past 15 years, Fisher also had a somewhat prolific career as a television guest star, recently in the Amazon show Catastrophe as the mother of Rob Delaney’s lead, and perhaps most memorably as a has-been comedy legend on 30 Rock. She also supplied the voice of a recurring character on the animated Family Guy for the past decade.

“Carrie Fisher was smart, funny, talented, surprising and always a hell of a fun time to be around. Family Guy will miss her immensely,” show creator Seth MacFarlane tweeted.

Fisher starred with her mother in a documentary set to air on HBO in 2017. Bright Lights: Starring Debbie Reynolds and Carrie Fisher premiered at the Cannes Film Festival earlier this year.

She endeared herself to the social-media generation with her quirky tweets, laden with crazy keyboard symbols and colorful typefaces.

Her one-woman show, “Wishful Drinking”, which she’s performed on and off across the country since 2006, was turned into a book, made its way to Broadway in 2009 and was captured for HBO in 2010.

Little was off-limits in the show. She discussed the scandal that engulfed her superstar parents (Fisher ran off with Elizabeth Taylor); her brief marriage to singer Paul Simon; the time the father of her daughter left her for a man; and the day she woke up next to the dead body of a platonic friend who had overdosed in her bed.

Besides her mother, Fisher is survived by her brother, Todd Fisher, and her daughter, Billie Lourd.

In a 2009 interview with The Associated Press, Fisher wasn’t coy about revealing details about her life. She hoped to take the stigma away from mental illness.

“People relate to aspects of my stories and that’s nice for me because then I’m not all alone with it,” she said. “Also, I do believe you’re only as sick as your secrets. If that’s true, I’m just really healthy.”