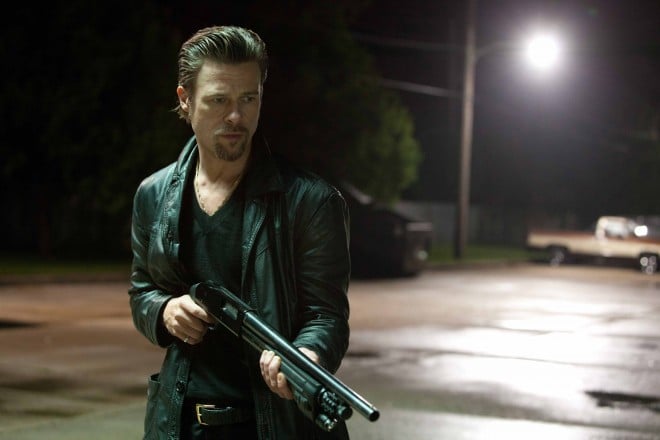 Here’s something I’ve never seen in two decades of covering the Cannes Film Festival—an à la carte menu of celebrity interviews, with steep prices. This week a publicist at Alliance Films notified a number of Canadian journalists coming to Cannes that their outlets could purchase interview slots for two movies that will premiere in Cannes, On the Road and Killing Them Softly, which Alliance will distribute in Canada. Last year we heard complaints from Canadian distributors about the cost of finding space for Canadians in Cannes press junkets. But this is first time we’ve been handed a price list. The “participation fees” range from from €750 ($975) for an On the Road roundtable interview that would include Kristen Stewart to €3,000 ($3,900)  for a TV interview with Brad Pitt.

But Carmite Cohen, vice-president of publicity and promotions at Alliance Films Inc, insists “we are not selling interview slots.” In a phone interview today, she explained that Alliance decided not to contribute to the high cost of Cannes publicity for On the Road and Killing Them Softly, preferring to support a domestic opportunity closer to release. (Typically, many high-profile films that premiere in Cannes later come to TIFF). “I’ve never seen such high costs,” Cohen told Maclean’s. “Wow— €3,000 for an interview is high. I want to be able to take care of our journalists here instead of spending $20,000 in Cannes.” (Since this blog was posted, Cohen has charged that it is “inaccurate and distorted.” Click here for her full explanation of Alliance’s position on this matter.)

But Alliance has offered to “nominate” Canadian journalists whose outlets are willing to pay European distributors or sales agents. “We don’t want to hold you back,” says Cohen. “We’re giving you the opportunity with absolutely no expectation. We’re not pitching you.” She also stressed that Alliance will not be charging for interviews with talent from their two Canadian films premiering in Cannes—Brandon Cronenberg’s Antiviral and Xavier Dolan’s Laurence Anyways.

Paying for interviews is something most news organizations, including Maclean’s, will not do. Cohen, however, said some Canadian media outlets have expressed interest. Here is the Cannes menu for face time with filmmakers and actors: