Colin Farrell takes a bite out of 'Twilight' in 'Fright Night'

'He's not brooding or lovesick or noble. He's the shark in Jaws.' 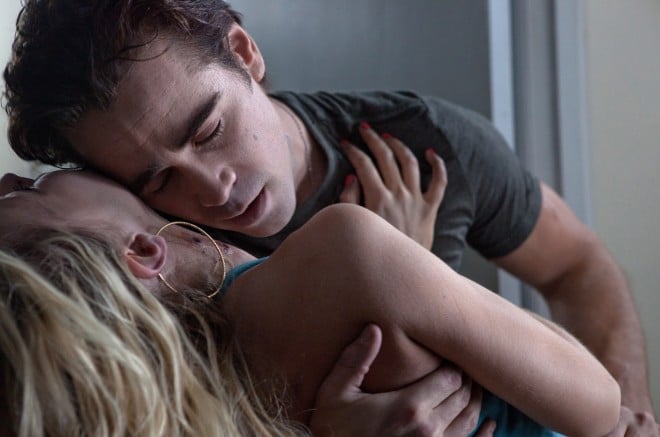 Vampires have never been more respectable. From the chivalrous romance of the Twilight saga to the stylish carnality of True Blood, bloodsuckers have risen from the B-movie crypt to acquire unprecedented glamour and gloss. But now along comes Fright Night, a cheeky vampire movie that restores their ignoble heritage as vile, scary bloodsuckers. Frankly, I wasn’t expecting much from this picture. I mean, how good can a 3-D Disney remake of a 1985 cult horror movie be? Well . . .  a lot better than you might expect. (Expectations are lethal in this business. I was quite eager to see Anne Hathaway and Jim Sturgess cook up some chemistry in One Day, also opening this week, but I was profoundly disappointed by this aimless romcom, which sucked the life out of the actors and the audience.)

Sharply directed by Craig Gillespie (Lars and the Real Girl), Fright Night strikes a nimble balance between campy humour and genuine horror. The action is set in a sterile suburb of Las Vegas, where Colin Farrell makes a meal of his role as Jerry, the Vampire Next Door.  There’s nothing dignified about him. He drinks beer, watches trash TV, and snacks on human victims without a shred of regret or romantic attachment. As a vampire-savvy nerd (Superbad‘s Christopher Mintz-Plasse) spells out in no uncertain terms: “He’s not brooding or lovesick or noble. He’s the shark in Jaws.” Farrell is a lean, mean flesh-eating machine. He conjures menace with such deadpan charisma that he can give off a sinister chill just by taking a bite out an apple.

Living next door to Jerry is Charley (Anton Yelchin), the teen hero, and his affable single mom (Toni Colette), who is convinced that their new neighbour is just a good-looking nice guy. Charley’s smoking hot girlfriend (Imogen Poots) is equally unsuspecting—she can’t understand why he’s more interested in investigating Jerry than getting laid. After a delectable first-act stretch of suspense,  Charley finally proves that Jerry is a supernatural serial killer, and the movie devolves into a standard bout of mayhem involving a massive fireball and a car chase. Then things get interesting again as Charley tracks down a local vampire expert, a Vegas illusionist in leather pants portrayed with Spinal Tap panache by Brit thespian David Tennant (Dr. Who). Tennant, who could be mistaken for Russell Brand, plays the part to the hilt, and it’s a treat. True to form, this is the kind of horror flick in which the bland teen hero is the least compelling character—upstaged first by the villain, then by a theatrical loose cannon in the third act.

Even the 3D is not too annoying.  I’ve come to realize that 3D tends to make movies less naturalistic, not more so. Much of Fright Night is shot in a muted dusk light, and that extra dimension adds an otherworldly shimmer to its grey suburban surfaces. For the most part, the stereoscopic effects are fairly restrained. But in the gonzo scenes of blood-spurting horror, the gore explodes through the fourth wall with shameless gimmickry, cranking the movie’s camp sensibility “up to 11.” After so much tasteful vampire gallantry, the red-meat moxie of Fright Night comes as a welcome tonic.