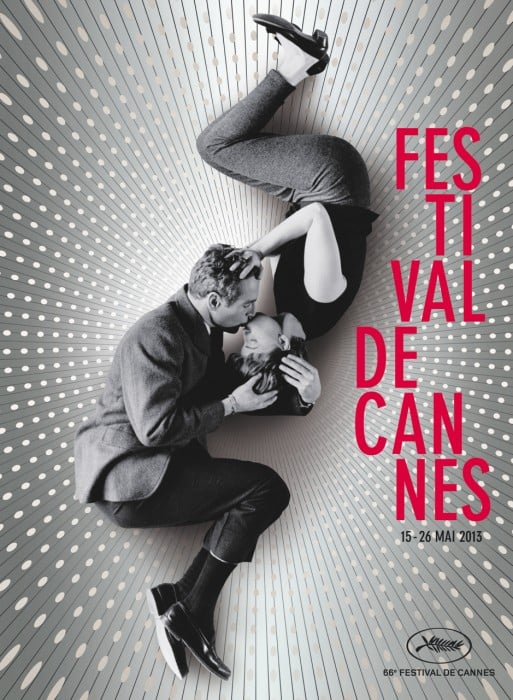 Cannes is casting a come-hither look at Hollywood this year. First it was announced that Steven Spielberg would head the jury of the Cannes Film Festival (May 15- 26). Then came news that Cannes will open with a Hollywood premiere, The Great Gatsby. Now the official poster has been unveiled, bearing a vintage photograph of actor/director Paul Newman and actress Joanne Woodward—the model Hollywood couple whose marriage lasted five decades, until Newman’s death in 2008. The picture was taken during the shoot of A New Kind of Love (1963). For the poster, it was enhanced with a Vertigo-like pop art swirl.

Newman and Woodward were honoured by Cannes in 1958, the year of their marriage, with the Competition selection of Martin Ritt’s The Long Hot Summer, the first film in which they co-starred. As a director, Newman later cast Woodward in two movies that played in competition,  The Effect of the Gamma Rays on Man-in-the-Moon Marigolds (1973) and The Glass Menagerie (1987).

With hyperbole that may have read better in French, the Cannes press release states: “The poster evokes a luminous and tender image of the modern couple, intertwined in perfect balance at the heart of the dizzying whirlwind that is love. The vision of these two lovers caught in a vertiginous embrace, oblivious of the world around them, invites us to experience cinema with all the passion of an everlasting desire.”

The festival has also created a video teaser of the graphic (which you can watch below) setting it to a dance-beat version of “Aquarium” from Carnival of the Animals, the classic Camille Saint-Saëns theme that plays over the red-carpet animation servers as the traditional prelude for every film programmed at the festival.