Crimes on and off the screen in Cannes

Brian D. Johnson reports on the drama — on and off the screen

There’s been gunfire and a jewel heist at the Cannes Film Festival, and they did not happen on screen. Shots rang out on Friday evening as actors and jury members Christoph Waltz and Daniel Auteuil were in a live interview on the beachfront set of a French TV news program called Le Grand Journal. The crowd scattered,  the actors were rushed to safety, and there was chaos among the crowd of onlookers. The police then arrested a man who was reported to be firing blanks and carrying a dummy grenade. Although no one was hurt, the incident brings to mind just how exposed celebrities are in Cannes, where thousands jam the Croisette promenade each evening to get a glimpse of the stars. 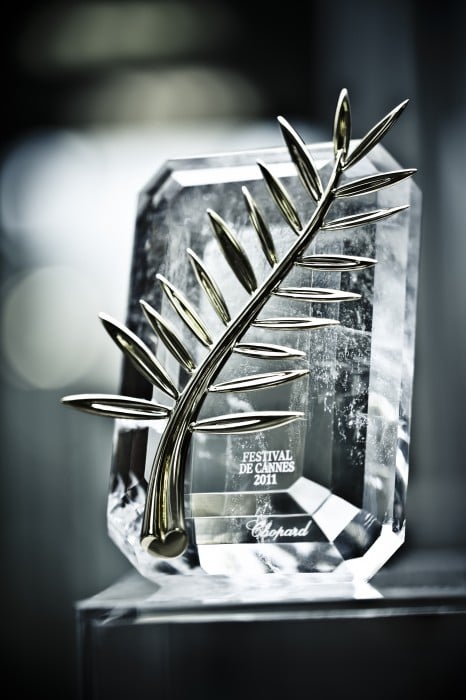 The previous night, thieves broke into a hotel room and stole an estimated $1 million in jewels, which were being held in a safe by Chopard to be loaned to stars walking the red carpet. The thieves ripped the safe off the wall and carried it away. It’s as if they were paying homage to Sofia Coppola’s The Bling Ring, which premiered that same evening—it’s based on the true story of fame-obsessed teenage burglars who broke into the homes of Hollywood celebrities. Chopard, a sponsor of the Cannes festival, also designed the Palme d’Or. Let’s hope it is sitting in a safer place.

The movies have also been pretty exciting. There’s been plenty of violence onscreen, beginning with harrowing tortures in the Mexican drug war drama Heli. And right before seeing The Bling Ring, I screened François Ozon’s Young and Beautiful, a French movie in competition about teenage delinquency of a quite different kind. It’s the sexually explicit tale of a stunning 17-year-old schoolgirl (Marine Vactch) from a nice middle-class home who leads a double life as a prostitute. She also smokes cigarettes and looks like she was put on earth to be a movie star. French films do not get more French than this.

Meanwhile, although we’re only three days into the festival, we’ve seen two strong competition entries that would be worthy winners of the Palme: A Touch of Sin by Chinese director Jia Zhangke, and The Past by Oscar winning Iranian director Asghar Farhadi (A Separation). They are utterly different. Based on contemporary real-life incidents reported in the Chinese news media,  A Touch of Sin weaves four stories of Chinese individuals who commit shocking acts of violence, most acts of revenge or retribution. Shot with a poetic eye for landscape in four different corners of China, the film paints a vivid portrait of the corruption and unrest that is provoked by China’s turbo-capitalism, while framing a serious narrative in the bold style of a martial arts movie. 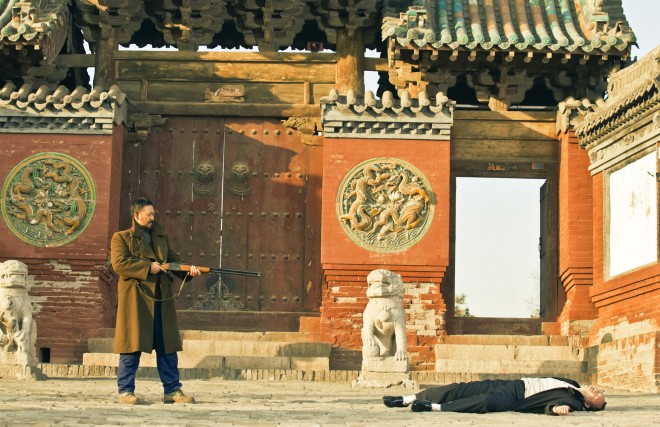 Scene from 'A Touch of Sin'

In a press conference, when I asked Jia about how state censorship limited his freedom of expression, he claimed he worked with complete  freedom in creating his films, and then did whatever was necessary to get them seen by as wide an audience as possible. That came right after a press conference with Farhadi, another director who has had to cope with a censorious regime. But The Past was shot entirely in Paris, without any interference from the Iranian censors who loomed over his past work. “Working in a different context, the shadow disappears and I feel more serene,” he said. “But there are two kinds of censorship, the official kind and self-censorship, which is more dangerous.” Even then, he seemed grateful for the formal framework of limits. Over the years, he added,  “I’ve assimilated these restrictions” and come to “see that as an asset.” 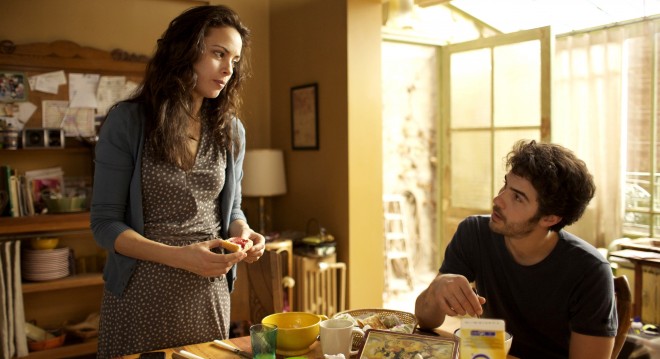 A scene from 'The Past'

Unlike A Separation, which packed a powerful subtext about Iranian patriarchy, there’s nothing too political about The Past. It’s the story of an Iranian man who visits his wife in Paris to finalize their divorce after a two-year separation.” The wife (The Artist‘s Berenice Bejo) is living with her two children, her new man and his young boy. The husband’s visit sets up a classically awkward domestic situation, complicated by a mystery surrounding the new boyfriend’s wife, who lies in coma. At one point it literally turns into a kitchen-sink drama as the husband and his successor politely compete to fix . . .  a leaking kitchen sink. The film unfolds as a dense riddle of secrets and lies, a procedural domestic intrigue with a motherlode of twists and revelations.  But Farhadi’s filmmaking has such veracity and realism that the over-torqued plot somehow doesn’t seem contrived.

I saw it in a press screening. But an eye-witness reported jury member Nicole Kidman leaving the premiere in a flood of tears.

FILED UNDER: A Touch of Sin asghar farhadi Cannes2013 Christoph Waltz Jia Zhangke Sofia Coppola The Bling Ring the past