Did 'We Are Your Friends' kill the dance movie?

As a celebration of a corporate sound that's hardly countercultural, the EDM flop breaks from the rich tradition of films like Saturday Night Fever 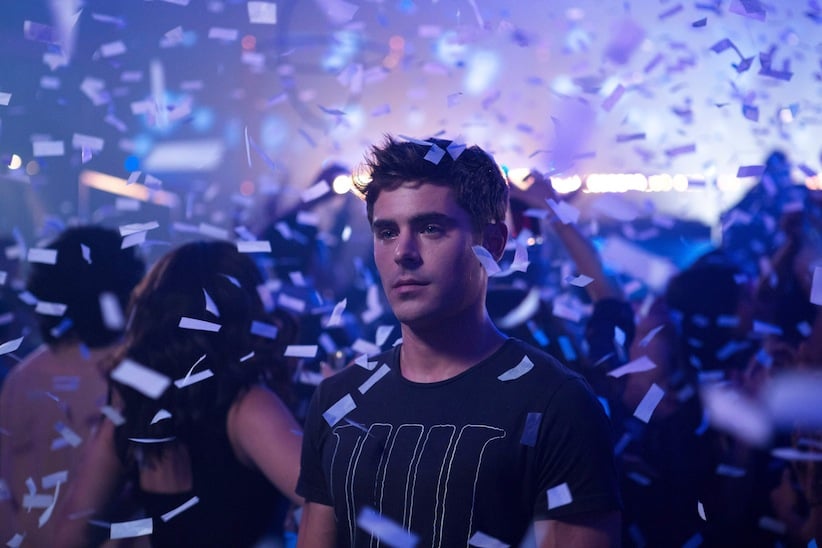 Zac Efron believes his new movie, We Are Your Friends, is his generation’s version of Saturday Night Fever, but it’s looking more like a lead balloon than a disco ball. It opened this past weekend to $1.8 million in the U.S.—what Variety calls “one of the lowest wide-release debuts for a major studio film in history.” The story of an aspiring DJ and laptop producer, it aims to connect with millennials entranced by ubiquitous electronic dance music (EDM). Instead, it raises the question: Has EDM killed the dance movie?

Every successful film about dancing since the rock ‘n’ roll era—going back to Don’t Knock the Rock (1956), starring Bill Haley as the scourge of uptight American parents—has mined conflicts between generations, races, and classes. The dancefloor creates competition, but it also attracts opposites: Kevin Bacon’s hip urban kid and Lori Singer’s dangerously bored preacher’s daughter in Footloose, or Patrick Swayze’s down-on-his-luck entertainer and Jennifer Grey’s repressed doctor’s daughter in Dirty Dancing. The music itself is always perceived, by one group or another, as a threat. When Saturday Night Fever was shot, disco was still part of a subculture; the film, and its soundtrack, helped propel it into the mainstream—and in the process fuelled the “Disco sucks” movement that culminated in 50,000 people assisting at the burning of vinyl in Chicago’s Comiskey Park in 1979.

In contrast, We Are Your Friends works with an ultra-commercialized genre (or really, a brash, subtlety-free distillation of many long-standing electronic genres) that’s everywhere now—from our sporting events to our clubs to our radios to our movie scores; when the protagonist, Efron’s Cole Carter, plays tunes, it’s almost as if he’s just cranking up the soundtrack. Cole is trying to get a foothold on the epicentre of a huge global industry (which last year, the Association for Electronic Music valued at $6.2 billion U.S.)—not exactly fertile ground for rebellion.

The film tries to find it nonetheless. Director Max Joseph (MTV’s Catfish) models his film on Saturday Night Fever, in which John Travolta’s Tony Manero works a dead-end job at a paint store in a racially fraught Italian neighbourhood in Brooklyn; his father is unemployed and dismissive, and Tony escapes his lot by dancing every Saturday (in scenes shot at a real working-class dance club). Out on the floor, he’s a big fish in a fishbowl, but when he helps his upwardly mobile dance partner/love interest, Stephanie, move to Manhattan, he dreams of a better life. In We Are Your Friends, the stakes are lower. Cole cold-calls foreclosing homeowners for a real estate shark by day and DJs parties by night in the San Fernando Valley, outside L.A. Known as “America’s suburb,” it isn’t exactly Compton: Cole tells us it has “the best sushi in the Western hemisphere,” even though—shock horror!—it’s found in strip malls. In Saturday Night Fever, one of Tony’s friends ends up in the hospital after being randomly attacked by Hispanic toughs; in We Are Your Friends, Cole’s buddy Mason (Jonny Weston) gets into a tussle in a swimming pool when an L.A. partygoer casts aspersions on the Valley’s sushi and has the temerity to call him “bro.”

Tony clearly delights in dancing and tells Stephanie of his inchoate dream “to get that high in my life someplace else,” but Cole isn’t really a dancer—he’s like the moustachioed dude spinning vinyl in the Saturday Night Fever DJ booth. Except that in the EDM club scenes that We Are Your Friends depicts, there are no partners or routines, and dancing is less about connecting with the people around you than with the DJ himself. Cole’s desire in life is essentially contiguous with his current existence: to play the same kind of music he plays to moneyed white millennials in the Valley, except to larger, more moneyed groups of white millennials over in L.A.

The genres that fold into EDM, such as house and techno, have rich roots in black and gay culture (as with disco), and among countercultural ravers in North America and Europe; conversely, generic, thudding EDM is more at home amidst corporate branding in impersonal mega-clubs. And while Cole does become concerned with authenticity—that buzzword for millennials, and for every twenty-something generation before them—and wants to craft a track that somehow expresses and embodies his life, his ultimate aim is to play it out at a big L.A. festival, on his proudly-displayed Macbook Pro, in front of an American Apparel sign.

It’s not as if EDM is conflict-free. Last year’s TIFF-premiered film Eden, about an aging French house producer, mined existential ennui in the club scene, and at this year’s TIFF, the Canadian documentary short Rock the Box looks at the state of an industry that is now regularly accused of marginalizing women. EDM doesn’t, however, seem fit to inspire a generation-defining film. For that, we’ll have to find a new subculture that doesn’t look elsewhere for validation, and where the politics of dancing are about more than feeling good.

FILED UNDER: Editor's Picks EDM Saturday Night Fever We Are Your Friends