Downton Abbey is back, supersized for the big screen

Fans of the hugely popular show can now plunge into the movie, which offers all of the series' visual and narrative treats 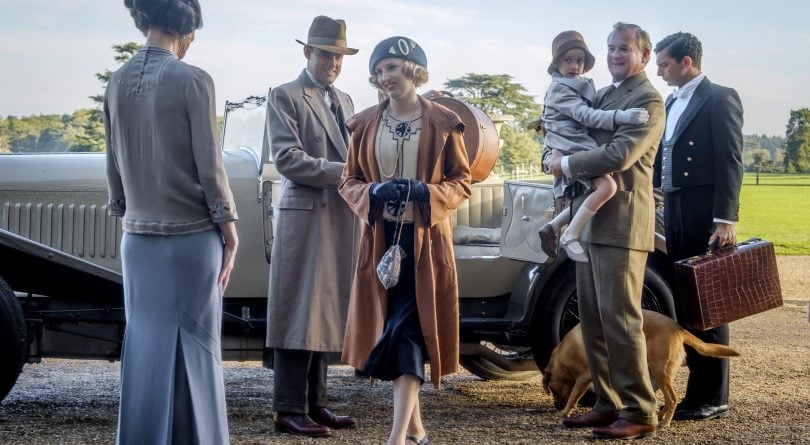 On a cold, snowy evening in January 2011, millions of North Americans settled in to watch the premiere of Downton Abbey on PBS’s Masterpiece. It seemed like just one of the umpteen period dramas that have aired on the public network. But the aristocratic, upstairs-downstairs soap opera, packed with drama, angst and quips, would become a cultural phenomenon over its six seasons. It’s been streamed more than 53 million times from the Masterpiece website and is the highest-rated drama in PBS history, with various episodes occupying the top 31 slots on the network’s most-watched list. The series won 15 Emmy Awards and three Golden Globes. When it ended, fans kept clamouring for more.

Now, three years after the last episode aired, Downton Abbey is back, this time on the big screen, opening across Canada on Sept. 20. Downton Abbey is a delightful fairy tale, one of the few films that can be enjoyed by a wide audience. In a sharp departure from the current dystopian tales that feel eerily like real life and blockbusters that are overloaded with repetitive action sequences filled with special effects, it has no bitter, heavy edges or unpleasant heroes. Instead, its two hours are filled with hijinks and escapades, witty mutineers and mysterious servants as well as a coterie of visiting tiara-wearing royals.

READ: Downton Abbey, by the numbers

The film is a supersized Downton episode, replete with its trademark sumptuous sets and costumes, and with characters and plots worthy of the grand country home after which it is named. In the series, Downton fans followed the Crawley family, led by the 7th Earl of Grantham, and their staff as they navigated the social turmoil swirling in Britain in the post-Edwardian era. Created and written by Julian Fellowes, its sprawling storylines ranged from a star-crossed romance between a valet and lady’s maid, sniping between Lord Grantham’s daughters and even a small plot devoted to his aging Labrador, Isis, whose bum waggle was the highlight of the opening credits. Downton Abbey had it all.

Its melodrama—the youngest daughter elopes with a chauffeur (an Irish republican, to boot), and there are at least two murder investigations as well as an unplanned pregnancy and a maid who deliberately causes her lady’s miscarriage—was tempered by being filmed in the spectacular beauty of Highclere Castle, the home of the real-life Earl and Countess of Carnarvon (devoted fans regularly buy out tickets to see the country estate). It also didn’t fall into the historical drama trap of taking itself too seriously. Indeed, the quips of the dowager countess played by Maggie Smith seemed destined for notecards and tea towels, including “What is a weekend?” and “There’s nothing simpler than avoiding people you don’t like. Avoiding one’s friends, that’s the real test.” 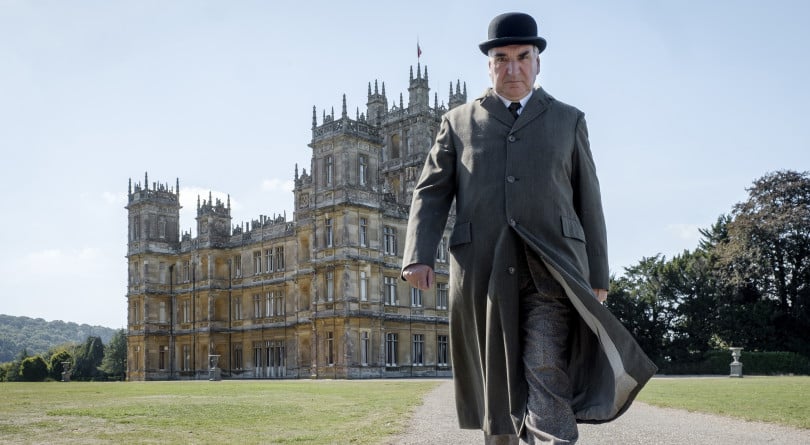 So how to translate that small-screen alchemy into a big-screen hit, and, at the same time, appeal to fans eager to see the dowager countess throw bon mots during dinner while also creating a film that non-fans won’t flee in horror? It helps that Julian Fellowes again wrote the script, hewing close to what made Downton so enjoyable. He’s a skilled and prolific TV and film writer whose credits include Gosford Park (2001), a murder-mystery set during a weekend visit at a country house. Set in the same era, and also featuring Maggie Smith, it won him an Oscar for best original screenplay.

The film’s opening harkens back to how the series began. While in 2011 it was the arrival of a telegram informing Lord Grantham that his heirs had just drowned on the Titanic, the film, set 15 years later, starts with another telegram warning of more upheaval. “The King and Queen are coming to stay while on their Yorkshire tour,” Lord Grantham announces. “One night, then onto Harewood,” the nearby country home of their only daughter, Princess Mary. But that short visit by King George V and Queen Mary will throw the house and its inhabitants into chaos as they prepare for an intensely grand visit. “I’m going to have to sit down,” says the cook.

The film plunges immediately into the drama, without setting up characters or even giving their names. So, if a viewer can’t distinguish between Anna, the feisty lady’s maid, and Daisy, the assistant cook with republican thoughts, it really doesn’t matter. Like the TV series, it’s easy to distinguish between upstairs and downstairs folk. So, while fans will get the myriad inside references, it won’t affect everyone else’s enjoyment of the movie.

Indeed, one of the few characters who gets his backstory explained is Tom Branson, the former chauffeur. That’s because he’s such an anomaly. He was a poor Irish republican and chauffeur when the earl’s third daughter fell in love with him. They eloped to Ireland, but after she died in childbirth, Tom moved back to Downton with his daughter, where he struggled to fit in. Always a fan favourite for his blunt talk, he was denied the happy ending given to so many other characters when the series ended. In the film, Fellowes soothes fans’ feelings, in part by giving him a meaty role.

The main bad guys in the film are royal servants trying to impose their will on Downton’s staff. “You are a retired servant in a minor provincial house serving an undistinguished family,” a regal butler snaps at Carson, who has put down his garden tools to help with the visit. The whole premise is more than a bit artificial, of course, yet that won’t matter to fans eager to plunge back into that magical world, even only for 120 minutes. “If you’re asking whether I’ll regret leaving Downton, I want to regret it every minute of every day. I thought I would die here, and haunt it ever after,” Carson once said. Downton’s fans will no doubt agree.

A mammoth marketing campaign is accompanying the release of the film. Not only is PBS in overdrive with promotions and tie-ins, but the film’s trailer is ubiquitous on social media. As well, it seems like every hotel is offering a Downton-inspired high tea, perhaps serving “Lord & Lady Grantham’s  Tea,” a combination of black tea with cloves and cinnamon from the Republic of Tea. The British Asda grocery chain has a campaign featuring the indoubtable Mrs. Patmore, cooking for king and queen in Downton’s famous kitchen. The food can be used to make the recipes in the Official Downton Abbey Cookbook. And don’t worry about what to accompany your feast; Lot 18 is selling three branded wines.

For those worried it’s all a bit too much, just remember the words of the Dowager Countess of Grantham: “Principles are like prayers. Noble of course. But awkward at a party.”