As David Cronenberg vies for the Palme d'Or, he's up against another film about a one-day limo odyssey 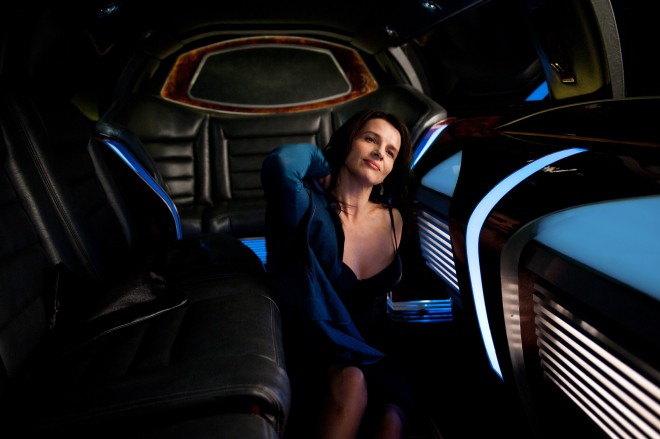 The Cannes clock is winding down. The final entry of the 22 features in competition, Jeff Nichols’ Mud, premieres Saturday. But it’s unlikely to have the high-octane impact of David Cronenberg’s Cosmopolis, which seems strategically placed to climax the festival Friday. I’ll see the movie early that morning at a press screening. But before trying to log a few hours sleep, some observations on where the race for Palme d’Or now stands:

In a freakish twist of synchronicity, two of the most buzzed contenders for the Palme are both odysseys about a day in the life of a man on an obsessive mission cruising a major city in a white stretch limo. One of the films is Holy Motors, by French writer-director Leos Carax, which premiered Wednesday. The other is Cosmopolis, based on Don DeLillo’s 2003 novel and set in Manhattan. Until we see it Friday, it remains an unknown quantity. 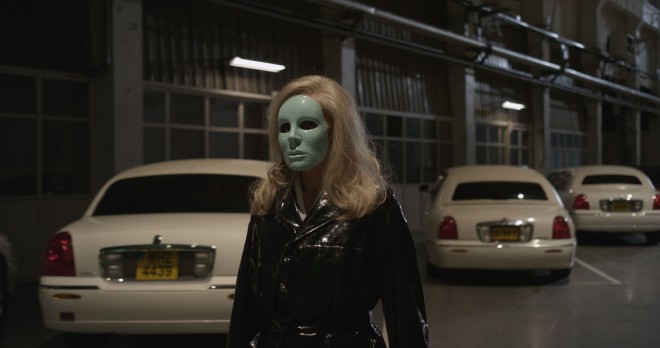 A scene from 'Holy Motors'

The level of coincidence between these two movies is uncanny. Though I haven’t seen Cronenberg’s film yet, from reading the novel I know that the narrative culminates in a vast limo garage. So does Holy Motors, as the photo opposite shows. (It makes you wonder if Carax borrowed from DeLillo’s novel.) Cronenberg’s film is the bigger production, with serious stars (Robert Pattinson, Juliette Binoche) and it’s a straight-ahead narrative turbo-charged with elements of genre.

Despite Cronenberg’s reputation, it’s hard to imagine that his movie is more avant garde, or innovative, than the Carax film. Holy Motors is hard to describe. It’s a riddle of narrative that follows a mysterious character as he travels around the city by limo, being dispatched on hit-and-run assignments of Mission Impossible performance, art that involve costume, make-up, martial arts, murder, abduction, and so on. He assumes a repertoire of disguises, from ghoulish monster to motion capture acrobat. He’s like a cross between a mystery hit man and a one-man Cirque de Soleil, and seems to be making a movie with no cameras—aside from those employed by the movie we’re watching.I found Holy Motors brilliant, but too clever by half; and I was annoyed by its compulsion to elicit an emotional response then routinely quash it with smarty-pants cynicism.

From what I can gather, Cronenberg’s film is a return to form, less like A Dangerous Method and more like Crash (not to be confused with the Oscar-winning Crash by Paul Haggis, who so rudely ripped off his compatriot’s title back when he was a cold-blooded Scientologist.) I wouldn’t want to jinx anything with idle speculation, but if Cosmopolis goes over well, its director is well-poised to win the Palme d’Or. He is a senior auteur who is hugely respected by actors, filmmakers and critics. He’s won a level of mainstream success without compromising his vision. He’s been a frequent competitor in Cannes. Given his body of work, Cronenberg is arguably Canada’s most accomplished filmmaker. And no Canadian has won the Palme in the 65-year history of the festival.

In other words, he’s due. But this is not the Oscars. Juries are notoriously unpredicatable, as was Cronenberg’s own when it gave the Palme to Rosetta in 1999.

Other strong contenders have emerged, including Michael Haneke’s Amour, Thomas Winterberg’s The Hunt, and Cristian Mungiu’s Beyond the Hills. But both Haneke and Mungiu have won before. I loved all three of those movies, yet they don’t take the same kind of narrative risks as Holy Rollers. As for Cosmopolis,  we’ll just have to wait and see how Canada’s auteur provocateur turns Twilight’s vampire into a blood-sucking capitalist.