Everybody at TIFF is so nice!

Well, close to everybody anyway

Well, maybe not everybody, but man oh man, have you seen the 2,000+ TIFF volunteers at the screening venues, all smiling and greeting and waving? You can’t miss them in their bright orange festival t-shirts. They’re doing a a knock-out job of making everybody feel welcome. In fact, I was so charmed by their friendly demeanour that I asked if I could take a group photo of several of them outside the Scotiabank theatre. Their faces lit up but a woman standing behind them, presumably somebody in charge—she was not wearning an orange t-shirt—told me I wasn’t allowed. “But it’s just for a blog post that’ll sing their praises,” I insisted. Still no.

Oh well, I’m sure there’s a good reason behind it (no there isn’t). But I won’t let a little burp ruin this party. Besides, everything else is a monument to stellar planning and organization by not only TIFF, but PR firms and film distributors, too. And the hospitality! Take Alliance Films’ TIFF headquarters, the Ben Sherman lounge at the Intercontinental Toronto Centre. They invited accredited TIFF media on the eve of the festival’s opening to mix and mingle with no shortage of drinks and food, plus a DJ—and they’ll keep the lounge open for the duration of the festival for a haven of sorts so media can come and unwind, file stories and freshen up. 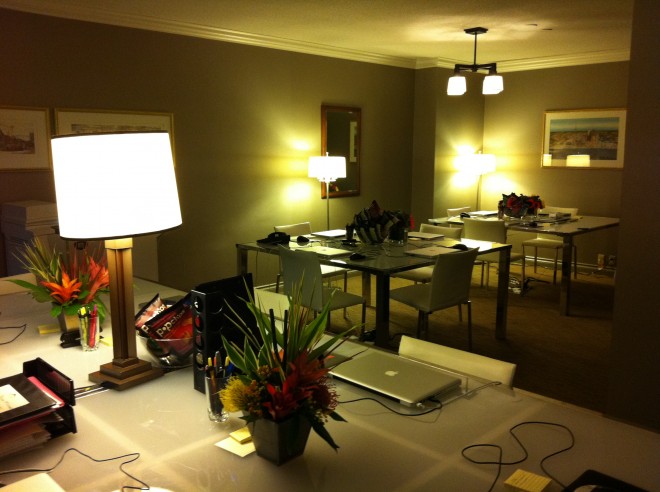 I didn’t know a single person, although I did recognize Shinan Govani from the National Post.  So I turned my attention to the bounty of food, particularly the cheese. And I’m not talking about slices of marble and havarti: these platters were piled high with thick wedges of manchego, really old beemster and gooey, ash-rinded goat cheeses. 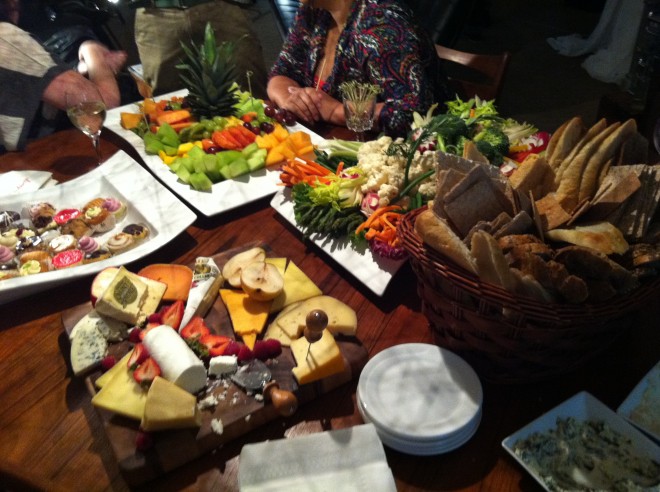 And I was privy to several conversations: I’ve never heard so many people say, “I really want to do Madonna.” Presumably doing Madge implies interviewing her about her turn as the director of W.E.

As I slinked out of the party, a lovely petite women gave me the warmest greeting. And then she hugged me. Onlookers looked shocked, only because they could recognize the look of confusion on my face: I had no idea who this sweet person was, and she’d clearly mistaken me for someone else. But a hug is a hug. Turns out it was Si Si Penaloza from The Globe and Mail, who confessed she was drawn to the gold detailing in my sweater. I will now be wearing said sweater to every event on the off-chance its charms will work on others, preferably someone named Ryan. 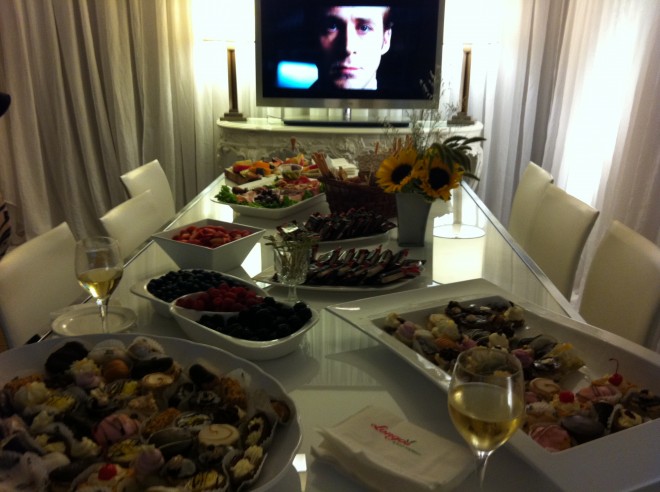