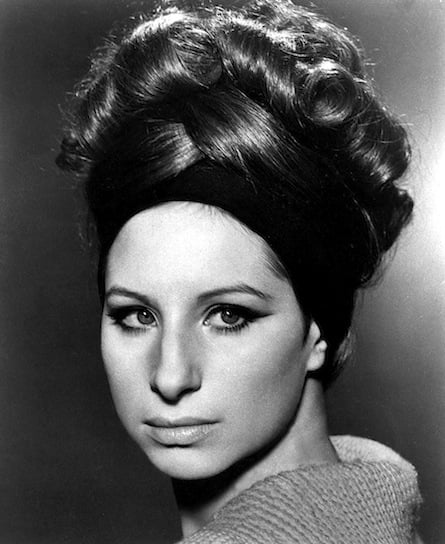 Streisand in the mid-1960s (Wiki Commons)

Although Barbra Streisand’s proverbial popularity has never been far off the Hollywood radar, the star is enjoying a renaissance, of sorts.

The two-time Oscar winner performed at this year’s Academy Awards–something she hasn’t done in 36 years. Last year in her hometown of Brooklyn she performed two sold-out shows at the Barclays Center. For an upcoming summer concert in Israel, the 70-year-old singer had to add a second show after the first sold out in roughly 24 hours. And she starred in her first film since 1996’s The Mirror Has Two Faces when she appeared last year alongside Seth Rogan in The Guilt Trip. Seventeen years ago was also the last time she directed: though she’s slated to direct an as-yet untitled love story based on the relationship between photographer Margaret Bourke-White and author Erskine Caldwell.

And tonight, Bill Clinton will present Streisand with the Chaplin Award from the Film Society of Lincoln Center for lifetime achievement. The society honed in on Streisand’s role in Yentl, the first film to credit a woman as director, producer, writer and star. She’s in pretty good company, too: past recipients include Alfred Hitchcock, Federico Fellini, Robert Altman, Martin Scorsese and Meryl Streep.

More evidence of the affection fans feel for Babs can be seen on the The New York Times website: It recently invited readers to ask Streisand questions, which she would in turn answer. Some highlights:

When the Film Society invited fans to share Streisand-related stories and memories–in 200 words or less — it was overwhelmed by the number of replies and forced to extend the deadline for those trying to win tickets to attend the gala.