Fantastic Beasts review: the good, the bad and the beastly

You don't need to be well-versed in the world of Hogwarts to enjoy Rowling's latest cinematic creation. 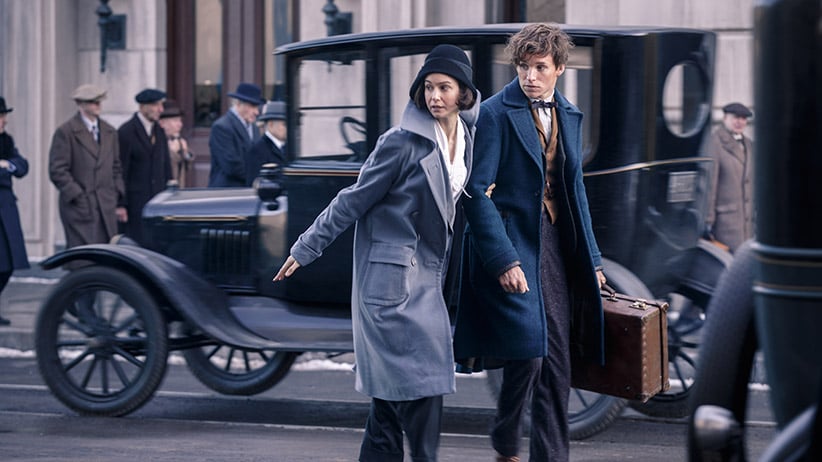 The film adaptation of J.K. Rowling’s Fantastic Beasts and Where to Find Them is a return to the kind of richly detailed magical world made famous in her seven Harry Potter books and subsequent films, theme parks and assorted other spin-offs. But this movie is different. The lead characters are adults, not cute kids out to save the world, and the time and place—the United States in the 1920s—is arguably darker and more ominous than the youthful fictional world of Hogwarts, Quidditch and Lord Voldemort. After attending two screenings on opening weekend, and gauging the reaction of fans, Maclean’s resident Rowling buff, Patricia Treble, weighs in with the film’s highs and lows. Spoiler-free.

The beasts are, well, fantastic: The creatures contained within Newt Scamander’s suitcase are impossibly, wildly inventive animals unlike anything seen in Harry films to date. It was the highlight of the film for Madeline Saad, a Lethbridge, Alta., student who won a trip to the IMAX preview through a reading contest sponsored by Scholastic Canada, which publishes the Fantastic Beasts screenplay. We marvelled at J.K. Rowling’s creativeness.

There is an homage to original Harry stories, but that’s all: I feared it would be too much of an “inside film”—one that only Harry devotees would want to see. But that’s not what Rowling and Co. have created. No need for viewers to have immersed themselves in the seven books to understand and like this film. Yet there are enough hints of Rowling’s world to give those in the know some satisfaction—and send them scurrying back to passages from the original Potters.

Tina and Queenie: Two new characters, sisters Tina and Queenie‎, who help Newt Scamander find his creatures, are refreshingly flawed—which is a welcome relief from the radical goodness that permeates many of Rowling’s main characters. Sure Queenie is a bright ball of happiness, but there’s an underlying edge of sadness to her, while Tina is just plain morose, unhappy with her job.

Colin Farrell: Rowling and Co. take a lot of time casting their films, and it shows. This time around Colin Farrell is the standout, playing Percival Graves, head of security for the U.S. magical world. The actor brings just the right amount of menace, danger and bravado. Every eye is on Farrell whenever he’s on the screen.

It’s part one of a series: There is something not-quite completed about Fantastic Beasts. The ending isn’t a cliffhanger, yet it isn’t wrapped up either. It’s clearly the first in what Rowling says will be five films. And that means the creators are holding back. Newt Scamander is a bit too much of a wide-eyed cipher; viewers never find out why he’s saving beasts.

Blindingly fast action scenes: This was an issue for both myself and Madeline Saad’s father, Michael. The action scenes are created using the most cutting-edge technology possible, but it feels like their creators are showing off their skill, rather than developing the plot. And many scenes are just too fast, and involve too many elements, making them hard to follow. Only by paying close attention during the second viewing, did the finale make sense to me.

Giving away the ending: This film has a surprise ending—one I’m not about to reveal. There are some unwritten rules in life, and that’s one of them. Yet many people are blabbing about the spoiler on social media, and in reviews. May those that reveal all suffer the pimple jinx. Or perhaps the jelly-legs curse.