As we take stock, 'The Master' looms large, along with some groundbreaking docs 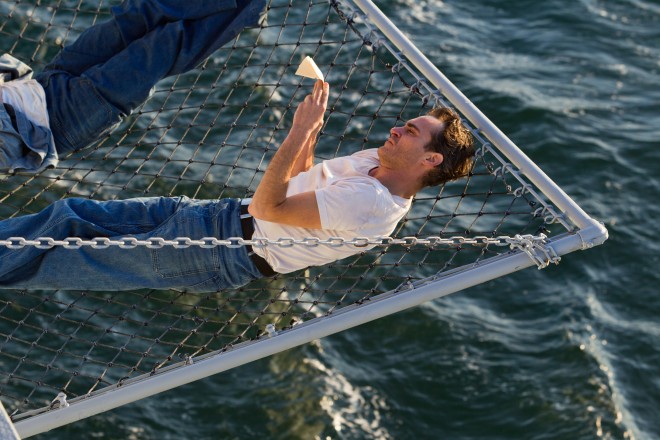 Joaquin Phoenix in 'The Master'

The juggernaut is winding down. Proof of that came as early as Tuesday when TIFF CEO Piers Handling made a Freudian slip while introducing the Inescapable gala saying, “We’re looking forward to the last two days of the festival.” Maybe he misspoke, or I misheard and he said “last few days.” Either way, there were still five days left to go. But TIFF peaks early. The studios fly in American journalists for press junkets on the opening weekend, and by Wednesday the crowds have thinned. The movies will continue to play until Sunday, but by now it’s time to take stock.

We’ve seen some strong films—and too many mediocre ones that had no business being at this festival, any festival, except to stick mid-level stars like Greg Kinnear on a red carpet. I won’t waste your time with them. But among the heavyweight American dramas, two movies, The Master and Cloud Atlas, loomed largest. And they present polar opposites of narrative bravado. Shot on the lush retro format of 70 mm film by Paul Thomas Anderson, The Master’s story of a Second World War veteran (Joaquin Phoenix) who falls under the spell of a Scientology-like cult leader (Philip Seymour Hoffman) is an epic storm of emotion. Cloud Atlas, which splices and dices David Mitchell’s novel, is a Rubiks’s Cube of interlocking stories spanning a half dozen centuries and worlds. It’s a conceptual stunt, $100-million toy that recycles a blockbuster bin of genre tropes from films that range from The Matrix, Blade Runner, Avatar and The Lord of the Rings. 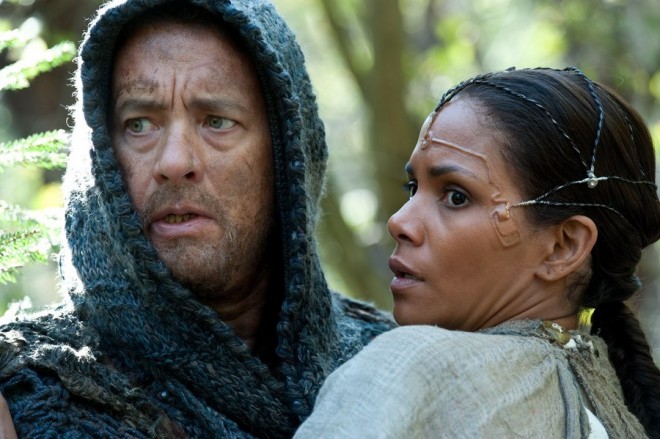 Powered by a raging duel of two terrifyingly good actors, The Master is all about character; Cloud Atlas is all about plot, an intricate gizmo of plot that’s constructed as a Transformer-like special effect. But here’s the crucial difference between the artistic ambitions of the two films: The Master examines the snake oil, shakes it up and spills it all around, leaving us disturbed and confused, infected with mystery and doubt; Cloud Atlas traffics in snake oil, drilling us with the same kind of ideological mantra about freedom, enslavement, and heroic consciousness that made movies like The Matrix and Inception much dumber than they pretended to be. Paul Thomas Anderson has made a movie about a bogus religion. The directing trio behind Cloud Atlas—Tom Tykwer, Andy Wachowski and Lana (formerly Larry) Wachowski—have made a religious movie. I’m still thinking about The Master and am keen to see it again; once was enough for Cloud Atlas.

The so-called real world, meanwhile,  held its own at TIFF in what turned out to be an exceptional festival for documentaries. The two that are likely to survive a year-end top ten list are Stories We Tell, Sarah Polley’s Russian-doll riddle of family memoir, and Joshua Oppenheimer’s The Act of Killing, a surreal and diabolical self-portrait by gangsters who hang themselves with boastful grandiosity, re-enacting their role as mass murders in Indonesia’s anti-communist genocide. Both Polley and Oppenheimer take the documentary form places it has never been before.

So does Leviathan, an immersive, deck-level portrait of slaughter aboard an Atlantic Ocean fishing boat that gives new meaning to the term “fish-eye lens.” Like The Act of Killing, it originated with filmmakers from Harvard, ethnographic cineastes Lucien Castaing-Taylor and Véréna Paravel.

Another doc without precedent is A Liar’s Autobiography: The Untrue Story of Monty Python’s Graham Chapman,  a 3D animated memoir narrated from the grave. And I loved Far Out Isn’t Far Enough: The Toni Ungerer Story, the portrait of a subversive children’s artist as an old man with an S&M streak, who smokes pot in his interviews and literally draws on the screen via the magic of computer graphics. And Spike Lee’s Bad 25, about the recording of Michael Jackson’s follow-up album to Thriller, is far more than a 25th anniversary tribute; it’s a fascinating portrait of the artist behind the icon.

There remain a number of other hotly buzzed docs that I’m still keen to catch up to: metaphysician Peter Mettler’s The End of Time, which I’d like to see after a good night’s sleep; Simon Ennis’s Lunarcy!, about moon geeks; Camp 14—Total Control Zone, about a man born in a north Korean prison camp; and How to Make Money Selling Drugs, which sounds like a good retirement plan but is apparently more than a self-help manual. On the drama side, I’m also looking forward to a silent, Spanish version of Snow White called Blancanieves that folks are raving about. And in the rush to catch all the star-studded Oscar bait, I’m sure that many a world cinema gem has come and gone, unseen by me.

As the festival winds down, film critics start seeing what’s left of the movies we want to see, as opposed to those we have to see. But films that rate high in the critical pantheon are not always easy to watch. In fact, among avant garde critics, some of the most jealously defended masterpieces are those that defy the casual viewer—movies that are hard to watch because they are too grisly, too static, too kinetic, too long, too boring or just plain incomprehensible.

This morning I went to a packed screening of Leviathan, the fishing movie, which presented a double-black diamond challenge. Not because the screen was slithering with dead and dying fish viewed in lugubrious close-ups. But because much of the film is shot with jerky handheld or tethered cameras that are literally at sea.  The super-saturated imagery, much of it shot at night, batters the optic nerve with dizzying, syncopated rhythms of light and dark that achieve heights of flickering abstraction worthy of a Norman McLaren film. I was grateful for moments when the visuals settled down. There’s a static shot of a crew member watching TV in the ship’s canteen that goes on forever, or at least a few minutes. I started to nod off. When I opened my eyes, the shot was still going on, and then then the guy in the movie fell asleep. How meta is that?

Art isn’t always easy. Leviathan is a brilliant action painting of a movie that takes us deep inside a churning, real-time whorl of fish, men, birds and water, affording a ferocious intimacy that shouldn’t even be possible. But I’m just saying, it’s no walk in the park. For film critics fishing for genius, it provides one of those be-careful-what-you-wish-for, or fish for, lessons. To look around at an early-morning congregation of devout critics watching men with rubber gloves on a floating slaughterhouse doing a job so vastly different from ours . . . that was a strange as anything on screen. And I have to say I was happy to be in a seasick theatre, rather than in that boat. 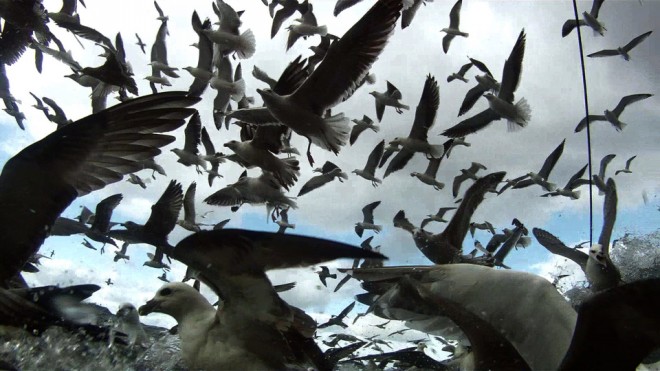 A scene from 'Leviathan'