Forget Gosling, Pitt and Clooney—check out the children 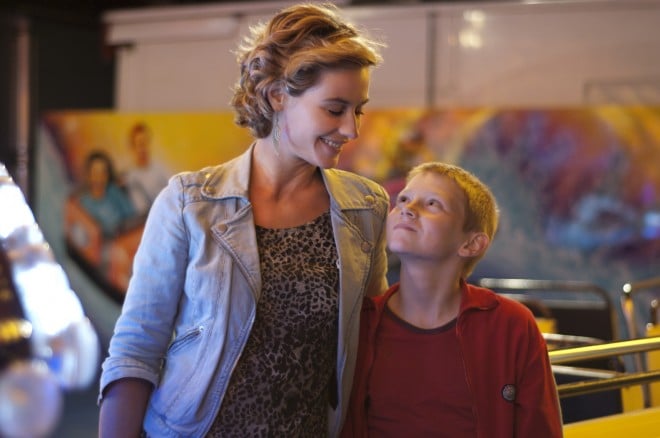 After previewing a bunch films at TIFF, the 36th edition of TIFF is shaping up to be a promising festival. Already you hear people handicapping the Oscars, which feels premature. But from what I’ve seen, some things seem obvious.

Look out for George Clooney, who brings us his best directorial effort to date with The Ides of March, a political intrigue in which he plays a Democrat governor vying for the presidency. A smart tale of backroom betrayal, it’s this year’s answer to The Social Network. The lead role belongs to Canada’s Ryan Gosling, who also burns up the screen in Drive,  co-starring with Carey Mulligan as a smouldering action hero reminiscent of Steve McQueen.  There’s no question that Gosling is TIFF’s It Boy.

Speaking of Steve McQueen, the British director of the same name who made Hunger will be at the festival with Shame, starring Michael Fassbender as a man obsessed with pornography. Once again Carey Mulligan co-stars, in the role of his self-destructive sister. And in David Cronenberg’s A Dangerous Method, Fassbender pops up again, as the kind of man who could offer treatment to some of his other characters—he plays Carl Jung to Viggo Mortensen’s Sigmund Freud.

One could keep daisy-chaining names like these through the entire TIFF program. But it’s just as interesting to trace the circuits of thematic synchronicity in the films, and leap to conclusions that there may be something wild going on in the zeitgeist. One distinct trend that I’ve notice from the movies I’ve seen is the haunting presence of feral children.

Some of the best performances I’ve seen are by unknown kids acting without a net. 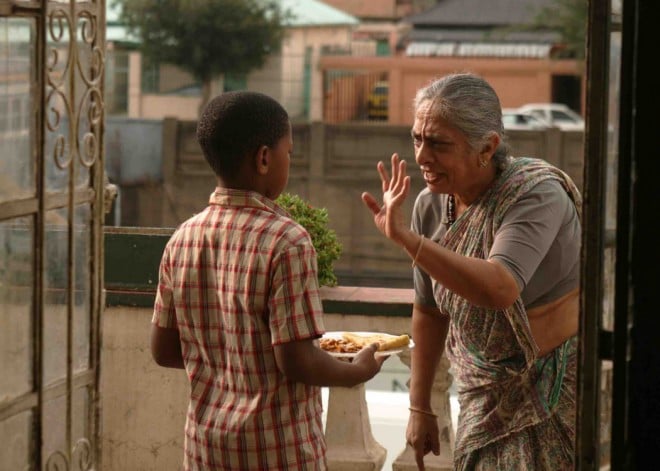 In The Kid with a Bike, from Belgium’s Dardenne brothers, an 11-year-old boy who’s ditched by his parents flirts with delinquency, pushing the patience of the generous hairdresser who volunteers to serve as his makeshift mom. In Aki Kaurismäki’s Le Havre, an African boy crawls out of a container in a French port and is adopted by an aging couple, who hide him from the authorities in a cat-and-mouse game of droll intrigue. In Lucky,  an orphaned South African boy leaves his village for the city and tumbles through a Dickensian maze of hard knocks as an elderly Indian woman becomes his begrudging guardian angel. The movie is unheralded gem just waiting to be discovered, and so is the boy. Maybe they’ll get lucky. This is the kind of film that can leap out of nowhere at TIFF to become a crowd-pleaser.

Other disaffected kids include a 14-year-old boy (Thomas Brodie-Sangster) on the wrong end of chemotherapy in Death of A Superhero, and the teen outsiders in Gus Van Sant’s Restless, played by Mia Wasikowska and Henry Hopper (son of Dennis). Willem Dafoe is the main attraction in The Hunter, playing a mercenary on the trail of the Tasmanian Tiger, but the film’s revelation is a casually ferocious performance by Morgana Davies, playing an insolent girl named Sass, who more than lives up to her name as she throws Dafoe’s character off the scent and forces him to look in the mirror. Along similar lines, in Café de flore, an exhilarating new drama from Quebec director Jean-Marc Vallée, Vanessa Paradis struggles to raise an uncontrollable child suffering from Down Syndrome. And the film’s divorce-bound protagonist (Kevin Parent) finally hits the wall when his young daughter flies into a vindictive rage.

These kids may be cute, but they’re not innocent.