Ghostbusters at 30: The first modern comedy?

Not only is Ghostbusters still popular, it may have created a new kind of film comedy 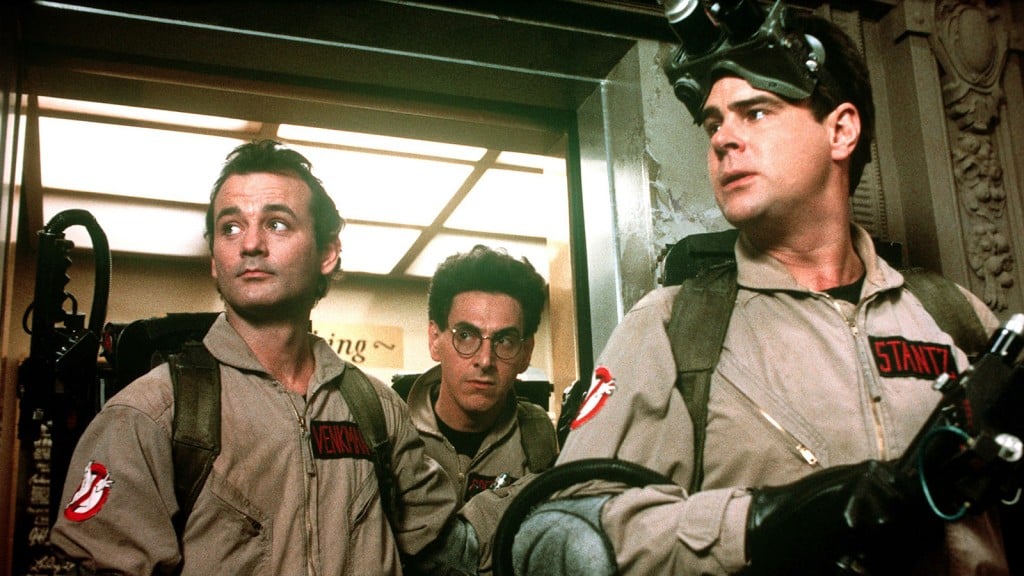 Back off, man, they’re scientists.

Guess what, everybody? Ghostbusters is 30 years old! Yes, that makes us old too, but we have to accept that. The fantasy-comedy still looms pretty large in the cultural consciousness, probably much higher than the only movie that outgrossed it at the box office in 1984, Beverly Hills Cop. There’s a limited theatrical re-release planned for Labour Day weekend, and talk of a sort of “Ghostbusters: the Next Generation” movie featuring young people taking over from the surviving cast members. But in some ways, Ghostbusters is more than just an amusing, enduring comedy. It’s the start of the modern era of moviemaking, or at least the moment when one era of moviemaking fully gave way to another. You could call it the moment comedy matured, or the moment it sold out, or both—but this is the Ghostbusters world now, one way or another.

When I pick 1984 as the start of the modern era of film, I’m not just being arbitrary. If you look at the top 10 grossing movies of 1984, it’s a list that wouldn’t seem out of place today: almost every movie has strong youth appeal, is kind of escapist, and has a plot open-ended enough to set up a sequel. For many people of my generation, Ghostbusters is not only the best of that crop, it’s one of the first movies that doesn’t feel like an “old” movie. (Maybe the Star Wars trilogy is an exception, and even there you could argue that it does seem old-fashioned, largely because it was always intended to.) Movies from the ’70s and early ’80s often show their age in terms of lighting, art direction and, especially, pacing: movies were slower than they are now and more willing to linger over a scene.

1984 was the year the so-called MTV generation really took over cinema, with fast pacing, fast cutting, shorter scenes and more action, throwing something at you constantly to keep you from getting bored. Ghostbusters is that kind of comedy. It’s extremely slick-looking and shiny, with very little of the gritty and grimy look that you saw in comedies of the previous 10 years. It’s always got something going on to keep your attention: lots of story, lots of characters, lots of action, lots of jokes. While comedies had been fairly low-budget and low-tech ever since the 1960s (the most a comedy would do was wreck a lot of cars, like in Smokey and the Bandit or The Blues Brothers), Ghostbusters was a comedy that called for, and used, the full array of special effects techniques that had revolutionized science fiction and adventure movies; it was a big comedy that aimed to dazzle you with new sights even as it made you laugh. It’s not just a comedy that became a blockbuster, like Animal House or Tootsie. It’s a blockbuster comedy.

This new kind of comedy was not made by a new crop of filmmakers. It was the same group that had already revolutionized comedy in the ’70s, and was now officially transitioning into a new era. The previous period in film comedy began in 1978 with Animal House, and continued through such successes as Caddyshack, Stripes, Trading Places, Meatballs and The Blues Brothers. They’re now collectively known as “slobs vs. snobs” comedies, anti-establishment but basically apolitical stories that combined ’30s-style anarchy with modern raunchiness and irony. They were made by a fairly tight-knit group of people, many of whom had come out of Saturday Night Live or Second City. Ghostbusters brought together many of those people: Harold Ramis and Dan Aykroyd as both stars and writers, Bill Murray as the guy Bill Murray always played, and Canadian movie man Ivan Reitman, who produced Animal House and directed Murray in Meatballs and Stripes.

Ghostbusters was recognizably in the tradition of the kind of film these guys had done: a bunch of misfits cause zany destruction and prove they’re not such misfits after all. But it was a new version of that type of comedy for the go-go ’80s. The characters shared the stage with special effects, letting seemingly improvised anarchy give way to the more disciplined demands of acting with ghosts who aren’t there. Instead of the loose plotting and sometimes unsympathetic heroes of the earlier films, Ghostbusters had a tight story with clear good guys and bad guys to defeat. While those other movies were mostly R-rated, Ghostbusters was proudly PG (today it would be PG-13, but that rating hadn’t been created yet). It was a perfect summer movie for kids, but had enough of the creators’ edgy, dry comedy to satisfy their fans.

It was, in other words, a big hodgepodge of a movie with something for everyone: modern comedy, old-fashioned comedy, buddy comedy, horror, romance and action. With all these elements included, a movie like this could do better in the overseas market than comedies usually do (it’s notoriously hard to predict what a country will find funny, but everyone on Earth can enjoy the monster action), and spin off a ton of merchandising, as well as the long-running cartoon series The Real Ghostbusters. It was a franchise movie, even though the relative failure of Ghostbusters 2 put a premature end to the franchise. You wouldn’t see a popular toy based on Bill Murray’s character from Stripes, but Ghostbusters made him cuddly.

You can see this transition into blockbuster comedy as a good or bad thing. It’s certainly been hard, since Ghostbusters, to make the kind of relatively small-scale film comedy that a lot of these guys made before (not without giving it some sort of supernatural twist, like Murray and Ramis’s masterpiece Groundhog Day). Hollywood film comedy since Ghostbusters is mostly bigger and glossier than it was before. But what most of those comedies don’t have is what Murray, Aykroyd, and the other guys brought to this project: comic personas and chemistry forged in a lower-stakes kind of movie, a tougher and rougher type of comedy working within this big-budget fantasy. It might have paved the way for huge-budget comedy, but what makes it endure is that there are hints of a different comic world, a different era, hidden inside it. But this may be overanalyzing a fun movie; we should leave that to Murray’s Peter Venkman. After all, man, he’s a scientist.