Great expectations dashed: 'The Hobbit' and 'Hyde Park on the Hudson'

3D hits the wall with 'The Hobbit'; a limping Murray makes a fine FDR but the movie is lame 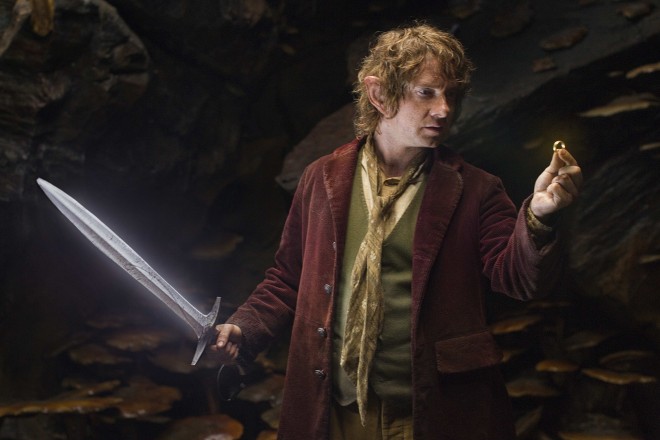 Bill Murray might have made a good Hobbit, back in the day. Playing Franklin D. Roosevelt, however, may seem like a stretch. But in Hyde Park on Hudson the FDR role fits Murray like an old pair of slippers. As for The Hobbit: An Unexpected Journey, Martin Freeman, makes a solid impression as Middle-earth’s mild-mannered Bilbo Baggins. But sadly neither film lives up to expectations. And because the expectations surrounding The Hobbit has been so huge, the hollow thud of disappointment is more resounding.

The Hobbit: An Unexpected Journey

First let me put my biases on the table. I’m not a Tolkien fan; I’ve always found his up-hill-and-down-dale prose tedious. But I was duly impressed by Peter Jackson’s Lord of the Rings trilogy, or at least the first and final episodes. So I was expecting the same level of spectacle, character and story from The Hobbit. But I’m not sure if I even saw the movie Jackson intended to make, because I found it so hard to get past the film’s vaunted, and now controversial, 48-frame-per-second format, now acronym-ed as HFR (high-frame rate). Having tinkered with frame rates myself as a videographer, I never thought I’d see the day when they would become a subject of a mainstream media wonk. But like a lot of critics who saw The Hobbit in 48 fps 3D, I found the results disastrous.

A quicker primer. Movies have been shot at 24 frames per second since the early 20th century. That speed is part of what makes film look like film. It gives the moving image a softness and texture. So when directors started to shoot on video, they choose to shoot at 24 fps, because the more typical TV video speed of 30 fps tends to look too “crispy.” Well, Jackson has cranked the speed to 48 fps to smooth 3D camera movement, reduce strobe-like flicker and create a more immaculate sense of realism. You can see the logic behind what he’s doing— even the best 3D movies have trouble making fast action scenes look smooth. But to these eyes, The Hobbit looked even more video-like than a daytime soap opera. Everything was way too clear—the sets looked like sets, the costumes looked like costumes, the makeup like makeup.  Paradoxically, everything appeared so real it looked fake. Filmmaking magic is a conjuring trick, an art of illusion. So a movie devoted to magic set in a mythical world, the contemporary video lustre of the scenes was distracting to say the least. It reminded me of watching behind-the-scenes B-roll footage of a movie being made.

I’m describing my response in the past tense. Because it’s based on a single viewing experience, watching The Hobbit in 3D at 48 fps in a specific theatre. I know some critics are endeavoring to see it in various formats—3D, 2D,  48 fps, 24 fps. Sorry, but I’m just not that dedicated. Beyond the starkly naked visuals, there’s not enough story or character development in this sludgy, almost-three-hour epic that could persuade me to give it a second chance.

Freeman’s Bilbo is a perfectly charming character. But from the moment the gang of dwarfs invade his house in the first act, drinking his booze and eating his food, they tend to crowd him off the screen. The dwarfs themselves aren’t very compelling, or distinctive, as characters. And however “unexpected” this journey may be it, it takes forever to get on the road. The various monsters that barge into view along the way look terribly clunky and unconvincing. Halfway through the film, however, I grant that there is one great scene: the first encounter between Bilbo and Gollum, in a cave. Rendering the comic/tragic figure of Gollum with a motion-capture performance, Andy Serkis is as brilliant as he was in LORT, if not better. The scene has a momentous tension lacking elsewhere in the movie. And as it unfolds with a stillness and poise, in the shadows by a subterranean pool, even the HFR 3D settles down and casts a genuine spell. But this oasis of  perfection makes the shabbiness of the film that surrounds it even more striking.

This, of course, is just the first movie in a Hobbit trilogy. Stretching a slim book into three blockbusters may indicate either that the filmmakers are too in love with the material, or that the studio is too greedy. Even Tolkien fans are wary. For some them, three Hobbit epics may just be a happy embarrassment of riches, and all this talk of frame rates a colossal red herring. But for my money, The Hobbit is a far bigger mess than this year’s John Carter, which ranks as the biggest flop in Hollywood history. That doesn’t mean that Peter Jackson’s labour of love will fail commercially.  Or that the rest of the franchise won’t be popular. John Carter is a special case: it was hobbled by bad marketing and the lack of an established fan base. If The Hobbit does become a huge hit, winning fans beyond the loyalists, it won’t be the first bad movie to score at the box-office. 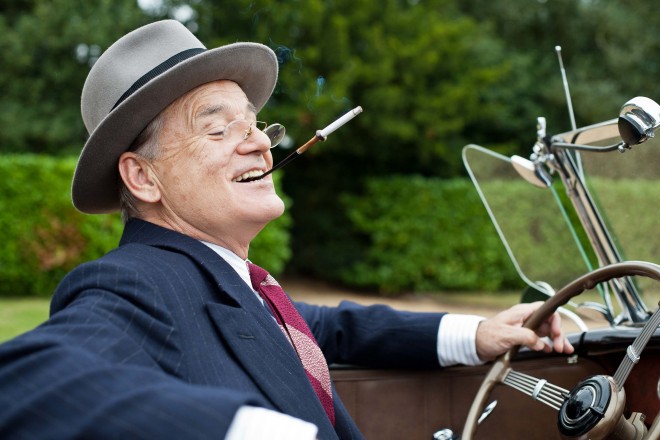 Poor Bill Murray. In the twilight of a career chequered with offbeat comedy and oblique drama, he finally wins critical acclaim for incarnating an iconic American president with enough charm and finesse to make him an Oscar contender. But in the same year, in a much heftier movie, Daniel Day-Lewis just happens to incarnate a more iconic American president in a performance  hailed as a tour de force. What’s also unfortunate is that next to Lincoln, which is emerging as the film to beat in the early innings of the awards season, Hyde Park on Hudson is a slight confection. In fact, Murray’s gallant, graceful portrayal of Franklin D. Roosevelt is by far the best thing about it.

Directed by Roger Mitchell (Venus, Morning Glory), and set on the eve of the Second World War, the narrative has a split focus—we begin with a cavalier affair that FDR initiates with his friend and neighbour, Daisy (Laura Linney), while he’s at his summer residence on the Hudson River; but that story is soon supplanted by the first-ever visit to America by a reigning British monarch, as Roosevelt plays host to a discombobulated King George VI and his queen (Samuel West, Olivia Colman). The tone of both stories is comic. Daisy is both shocked and tickled to become Roosevelt’s paramour. As their first awkward tryst commences in his car parked in a meadow, she relieves him with an act of manual transmission that has the sedan audibly bouncing on its springs. Daisy, however, is more serious in her affections than the President, and she’s mortified to discover she’s not his only secret lover. But before she, or the viewer, can get too worked up about this, the King and Queen arrive with pompous aplomb, and the movie turns into a fish-out-of-water-farce as the starchy royals brace themselves for the crude prospect of a hot dog picnic. And Daisy’s less-than-fairy-tale romance is subsumed by affairs of state conducted by the boys drinking into the night, while FDR’s loyal secretary, Missy (Elizabeth Marvel), helps her put things in perspective.

Linney’s role, like that of her character, feels thankless and incomplete. Through all this, however, Murray makes a meal of his role as FDR, warming the character with a nobler version of his usual deadpan wit. He also uses Roosevelt’s polio-inflicted disability to give some physical gravitas to the performance, notably in a scene that involves an arduous struggle to make it from one side of his office to the other.

As a portrait of an iconic figure  in search of a movie, Hyde Park on Hudson bears some resemblance to last year’s My Week With Marilyn—another film based on a thin slice of history seen through the eyes of an outsider who slips into a superstar’s orbit. But as adorable as Bill Murray may be, the ride feels low-rent, and the experience doesn’t measure up to seeing Michelle Williams embody Marilyn Monroe.