How Michael Bay transformed the blockbuster

The merit behind Michael Bay's hyper-aggressive style of blockbuster filmmaking 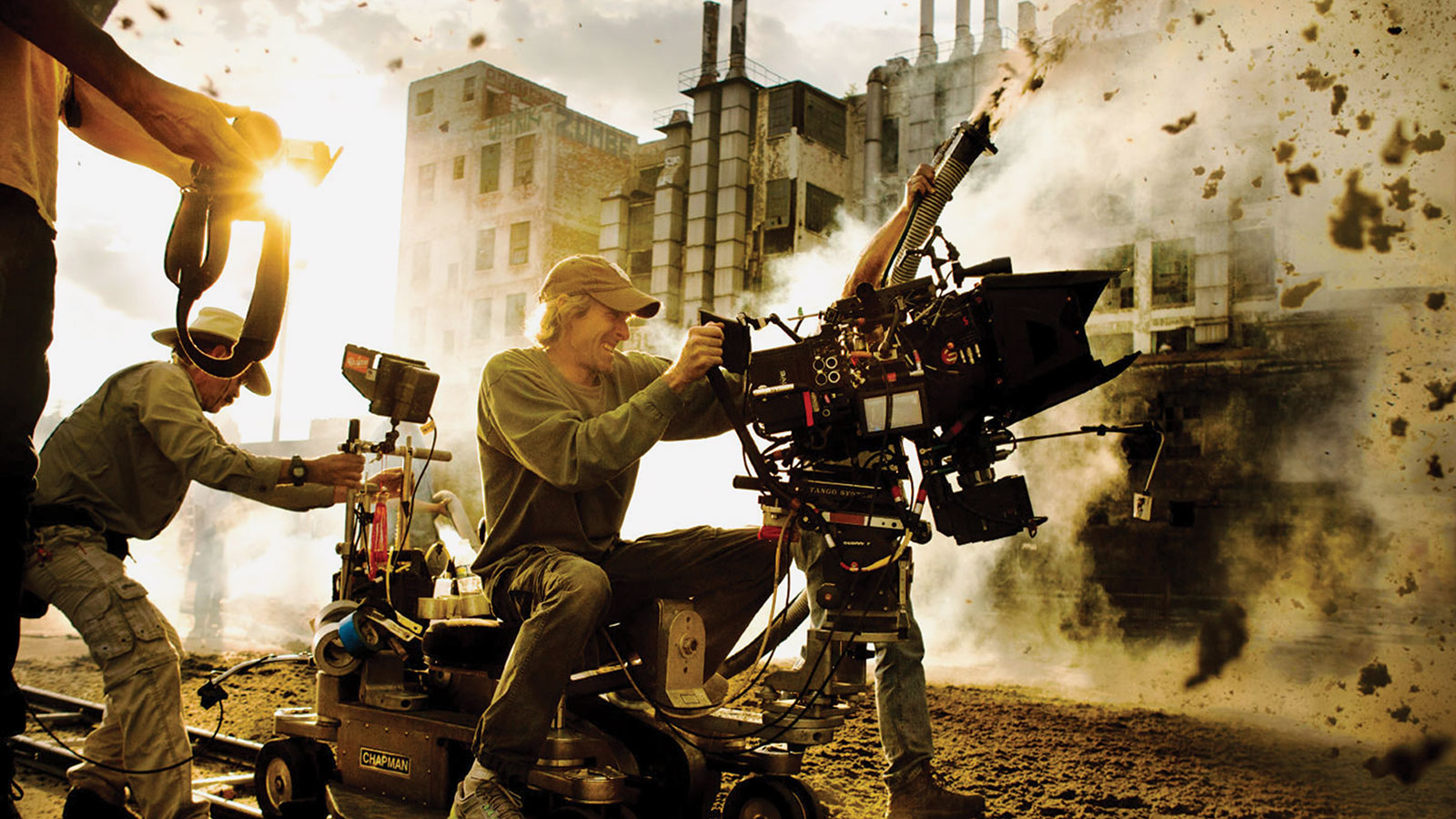 At one point in Transformers: Age of Extinction, Optimus Prime, the heroic alien-robot-truck, climbs atop an alien-robot-dinosaur, pulls out a gigantic sword and rides through a decimated downtown landscape, slicing and dicing any alien-robot-whatevers who cross his path. It is a remarkable moment of CGI chutzpah, but hardly the most bombastic in director Michael Bay’s career. From blowing up cities (Pearl Harbor) to nearly destroying the entire planet (Armageddon), Bay has spent the past two decades finding inventive ways to film wholesale destruction, all while making it look effortless. And what does he get for his troubles? Insulting reviews, the condescension of fellow filmmakers and a stream of headlines wondering whether or not he is, in fact, the devil.

While it can be fun to slam Bay’s hyper-aggressive style of filmmaking, it’s also lazy. Setting aside the $4.6 billion his 10 films have earned, the 49-year-old filmmaker has held more influence over the shape and form of the modern blockbuster than anyone. “He’s a kind of abstract artist. It’s almost experimental, the way he treats shape and colour and movement,” says Jeanine Basinger, Bay’s film professor from his days at Wesleyan University. “I want to live in a world where there’s all kinds of movies—small talky movies and big explosive movies. But whatever it is, i want the person doing it to be the very best at what they’re trying to do. And Michael is: he’s the most cinematic and fluid and unafraid director.” While many people make films like Bay’s—think of Pirates of the Caribbean, or every entry in the Marvel cinematic universe—Bay makes films like no one else.

His career wasn’t always destined for such great heights. When Bay first came onto the scene in the mid-’90s, he was just one of many music-video directors worshipping at the altar of Tony and Ridley Scott, former gods of the action film. It was only after the 1997’s The Rock—the film that turned Nicolas Cage into an action hero, for better or worse—that his potential was revealed. Whereas his contemporaries have listlessly eked out livings as guns-for-hire—is anyone even passingly familiar with the oeuvre of Antoine Fuqua or Alex Proyas?—Bay was the only one who kept pushing the genre to its natural extremes.  “He put cameras on skateboards, swapped out lenses for every other shot,” says Robbie Consing, a storyboard artist who’s worked on nearly all of Bay’s films, including The Rock and The Island. “It was crazy, but the results were amazing.”

His artistry is found in the unlikeliest places. Bad Boys II, for instance, should not work. A sequel to a mediocre buddy-cop film, it turned out to be a gorgeous, genre-defining film. Its centerpiece freeway chase—involving hundreds of vehicles, thousands of bullets and one runaway boat—may look like chaos, but it’s excellently choreographed chaos, as delicately conceived and executed as any ballet. (Bay was a fan of musicals at Wesleyan, with a particular affinity for West Side Story.)

“It’s visceral, big-toy filmmaking,” says Scott Foundas, chief film critic for Variety and one of a growing number of cineastes who’ve come around to Bay’s style (the high-brow Criterion DVD catalogue, for instance, includes The Rock and Armageddon among the films of Bergman and Godard). “I’ve compared him, in all seriousness, to someone like William Wyler, because if Bay was working in Hollywood in the ’50s, he would have done Biblical epics like Ben-Hur. He has that grand, epic vision, and where else can you apply that today except in action or comic-book movies like Transformers?”

Although the concept behind Transformers is inherently silly, Bay brings a level of commitment and skill to it that elevates the franchise. When the Autobots morph from Corvettes and Camaros to fully formed, two-storey-tall robots, the process looks wholly tactile and real. “You cannot underestimate the impact he’s had on the industry. Everyone else in town had to raise their game to compete with the spectacle of the Transformers franchise,” says Jeff Snider, a film writer for the Hollywood news site The Wrap. Adds veteran producer Jerry Bruckheimer, who’s worked with Bay on everything from the first Bad Boys to Pearl Harbor: “People never realize how hard it is to do what he does—Michael is helping push cinema forward.”

Still, Bay can let his vulgar sensibilities get the best of him. Nearly all his films feature crude racial stereotypes and impossibly gorgeous women paired with all-too-believably dumb men. “No one is going to accuse Michael Bay as being someone with good taste,” Foundas says. “But Michael may have a Hieronymus Bosch in him, or a Bob Guccione. That’s what makes him interesting.”

It may be why actors of all stripes, from Mark Wahlberg to Frances McDormand, line up to work with him. Scarlett Johannson, who starred in The Island, suggests it’s not just the paycheque. “The epic scope of the cinematic world that Michael creates is more obvious than his appreciation for strong character arcs and subtle moments on the surface,” she said by email. “But just beneath the enormity of this world is a truly ambitious storyteller who celebrates characters actors and leading men and women alike.”

Bay’s skills are constantly evolving. Last summer’s Pain & Gain was a wonderfully Bay-ian film, rude and stylized to an inch of its life, minus the metropolis-levelling explosions. What’s more, its depiction of a criminal trio hell-bent on fame and fortune revealed a wicked satirical bent that mocked the American Dream as much as it did Bay’s own filmography. If Michael Bay is indeed the devil, at least he’s aware of his own tricks.