In a story of survival, a different way to understand domestic abuse

It's hard to watch. But Attiya Khan's film—documenting her efforts to find common ground with her abusive ex-partner—is important 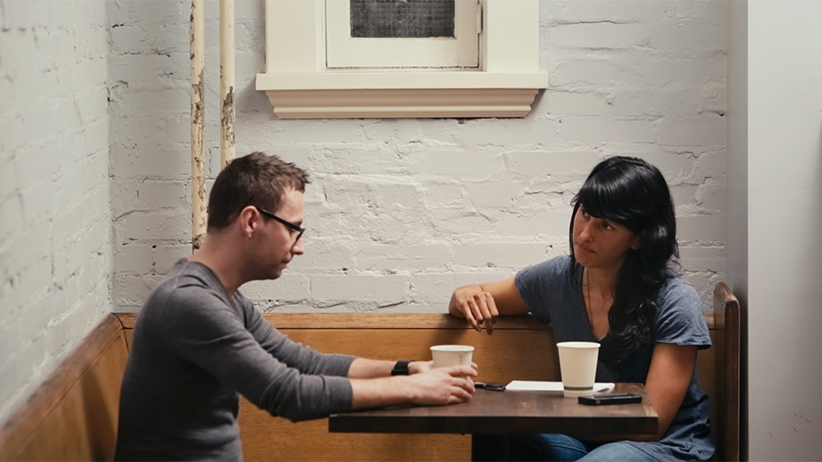 Every six days, a woman in Canada is killed by her intimate partner.

It’s a hideous statistic, one that Indigenous women endure at many times the rate. In our efforts to confront the sheer volume, though, the vastness of the whole can bedim the suffering of the individual—the everyday pain of survivor number 22, survivor number 3000.

Conversations about intimate partner violence tend to focus on what can be numerically explained in terms of prevalence. What comes to light when we zoom in is much more personal. We grimace when we hear that 67 per cent of Canadians know at least one woman who has experienced abuse—but when one of those stories is told to us slowly and meticulously, the data becomes humanized. The word “abuse” becomes less a series of letters and more a pang in one’s being, a tremor in one’s understanding of partnership and trust, the body’s sudden demand for a deep breath when it’s doing the dishes and a memory moves in. It becomes something that might be happening next door.

“When it comes to the experiences of those who have been harmed, it is essential that people listen,” says Attiya Khan, the co-director (with Lawrence Jackman) of A Better Man, a remarkable documentary premiering at Toronto’s Hot Docs festival on April 30. In the movie, Khan tells her survival story as a triumph—though not without scenes of emotional undoing—as she and her ex-partner Steve recount, together, the constant physical and emotional abuse he committed against her two decades ago. In the sort of restorative mediation that many abuse survivors imagine hypothetically, Khan sits down with Steve to get answers. Over a period of several meetings and a trip to their former high school and apartments, Steve (credited only by first name) is asked long-smouldering questions: What motivated his violent behaviour? Had he, at any point since the relationship’s conclusion, stopped to wonder if Khan was okay? His answer is yes: “That’s the stuff that never leaves your mind.” It’s a sentiment we know to be true for survivors, and certainly we see Khan continuing to negotiate trauma even now that her life includes a healthy support system, a loving partner, an adoring child, and access to therapeutic resources.

MORE: On Apr. 29, attend a free Maclean’s-hosted Hot Docs panel on the Charter of Canada

But rarely do we hear of the impact abuse has on the person who committed it. And so the viewer is asked to make a deep and complicated choice: does this abusive man deserve empathy? Steve’s remorse is sincere and his accountability on screen is unprecedented. Alongside his candid, laudable vulnerability, however, the audience hears of the disgusting names he called Khan—racial slurs among them—how he dragged her body through broken glass after smashing a jewelry box on the ground, how he strangled her until she lost consciousness, how the violence would begin as soon as she woke up, before she even got out of bed.

“The making of this film has been a rollercoaster ride, but what helped me early on was allowing myself to feel many things towards Steve,” says Khan. “I allowed myself to be angry, sad, frustrated, relieved, kind, happy and even excited at times. I came to a point where I let go of the feelings of guilt I had in terms of giving Steve a voice…I grew to be comfortable with acknowledging his participation and also being angry for the violence he inflicted on me.”

It is thanks to these conflicting, confounding, difficult emotions that the film manages to be simultaneously agonizing and hopeful. For every moment of progress, there is a step in the direction of pain. For every heartbreaking detail there is a glimmer of light. In this sense, the film is realistic, which makes it hard to watch. But it’s also a relief: Khan and Steve both tell us that recuperation is possible—Khan as a courier of comfort and strength, Steve as a trembling man who wishes he could go back in time and be, as the title suggests, better.

“One of my main questions before starting the film was, ‘has he been affected by the abuse he inflicted on me?’ ” says Khan. “It’s so easy for people to come to the conclusion that he was a monster for what he did. But the reality is, violence is a part of so many people’s lives and it is essential that we not categorize this as something that only evil, inhumane people do.” 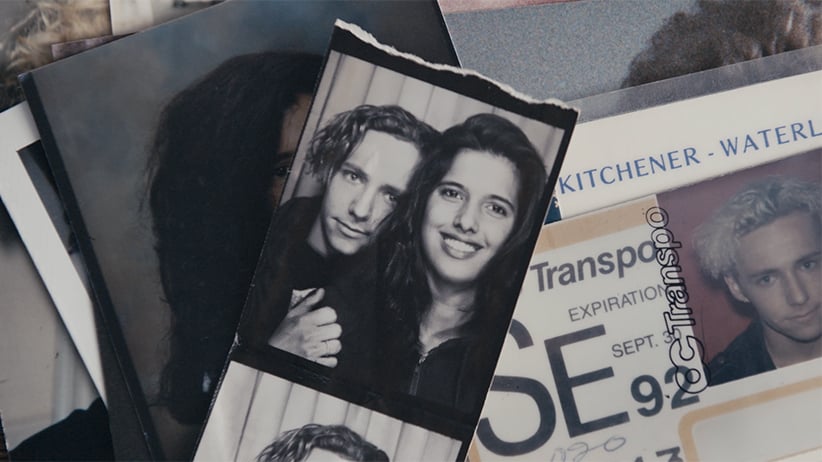 Khan began working out the film’s premise after unexpectedly running into Steve in Toronto, years after finally leaving him. That this project sprang from a nightmarish fluke of physics—two people with a traumatic past standing on the same stretch of sidewalk in a city of millions—is a testament not only to Khan’s courage, but to the far-reaching, risky, confusing places survivors often go in the dire quest for closure. (Accurately understanding post-traumatic behavioural patterns in abuse survivors is something the media, the law and the public urgently need to work on.)

“I couldn’t speak. Everything seemed to move in slow motion,” says Khan, recalling her initial reunion with Steve. “I almost fainted. I was terrified. I had to stop, sit down on the sidewalk and take deep breaths. After that encounter I had terrible nightmares. I walked through the world afraid for the next time I’d see him. I anticipated seeing him around every corner.”

Eventually that fear came true, and Khan ran into him again, having just left the bank with a money order for the down payment of her first house. “I could not believe that I was bumping into him at that moment,” she says. “I was about to finally have stability in terms of a permanent home.”

They exchanged contact information. Six months later, he texted her. Two days after that they met at The Common cafe, cameras rolling, Khan asking questions and Steve giving answers. “Women are always asked why we stayed, but I had questions for you,” Khan says in the film. The two are then joined by Tod-Augusta Scott, executive director of the Bridges Institute, an organization that uses narrative therapy and restorative justice to counsel families affected by domestic violence.

Notably, Steve has forgotten some of the worst of his behaviour, while Khan remembers it acutely. “Every time Steve and I spoke about the past abuse, I felt better afterwards,” she says. “Even though at times I was frustrated when he could not remember certain things or could not go into much detail, I still felt better.” 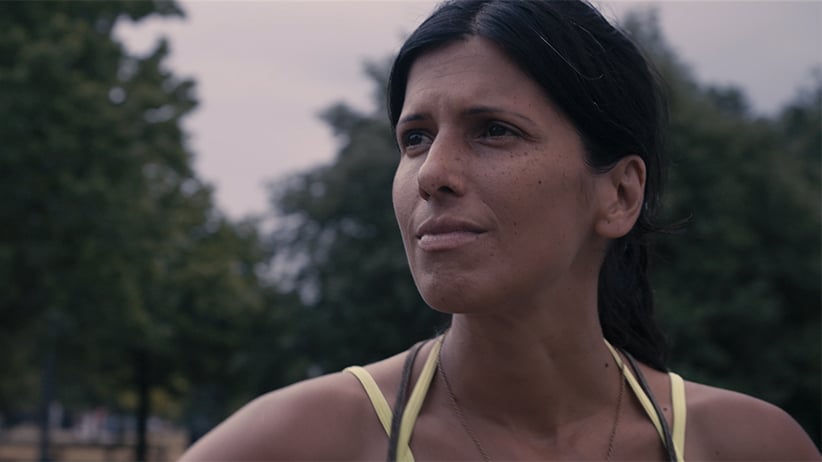 The occasional limitation aside, it is rare to see an abusive scenario mutually agreed upon, without either experience contesting the other. There is no eschewing blame, no gas-lighting. With the caveat that restorative justice processes should be employed very carefully in cases where abuse has been present (experts caution it can retraumatize), it is revelatory to know these kinds of conversations are possible. “It’s empowering for victims, because they’ve had no other choices in the matter,” says Kimberly Mann, executive director of the Ottawa-based Collaborative Justice Program. “This is the human part of the work that the system can’t manage. This is about how people feel.”

Among the heaviest scenes comes when Khan and Steve visit their former apartment—a landmark of lingering pain. When Khan becomes nauseous and flees toward the alleyway, Steve follows her. For a moment it is as though they are bonded, the abyss between them now a common ground, benevolence now the goal. Steve asks, “do you mind me being here?” and puts a comforting hand on Khan’s back—that once violent hand, the cause of her trauma, the very reason they are in that alleyway and the very reason for this film, now a tender consolation. “If I were a cartoon character I would have exploded,” says Khan of the scene.

“Forming a new memory where Steve is gentle with me in front of the home where he had been so violent was very symbolic and powerful,” she continues. “This doesn’t mean that the other memories are erased. But it has helped me to move forward in terms of letting go of some of the physical and psychological trauma I have held in my body for decades.”

The subject of intervention, or lack thereof, simmers throughout. Khan describes running through the street to get away from Steve, yelling and screaming for help, and seeing a neighbour close their curtains. It is also mentioned that many of their high school teachers knew about the abuse and did not step in. “Being in a relationship where there is violence can be incredibly isolating,” she says. “Having teachers and neighbours look the other way made me feel even more alone…I want viewers to think about situations where they witnessed abuse and didn’t do anything.”

Anguish be damned, the film ends with a fete. Every July, Khan marks the anniversary of “the last day he hit me, the last day he strangled me, the last day he dragged me by my hair.” Some years she lights a candle; this year, she has chosen to celebrate. We see Khan and friends arranging furniture, setting out the wine, even a cake. As the room of guests gather around, Khan tells them that she’s healing, and that she’s really doing okay. “Happy 23rd anniversary to me!” she says with elation. Her friends clap and cheer like it’s a birthday party.